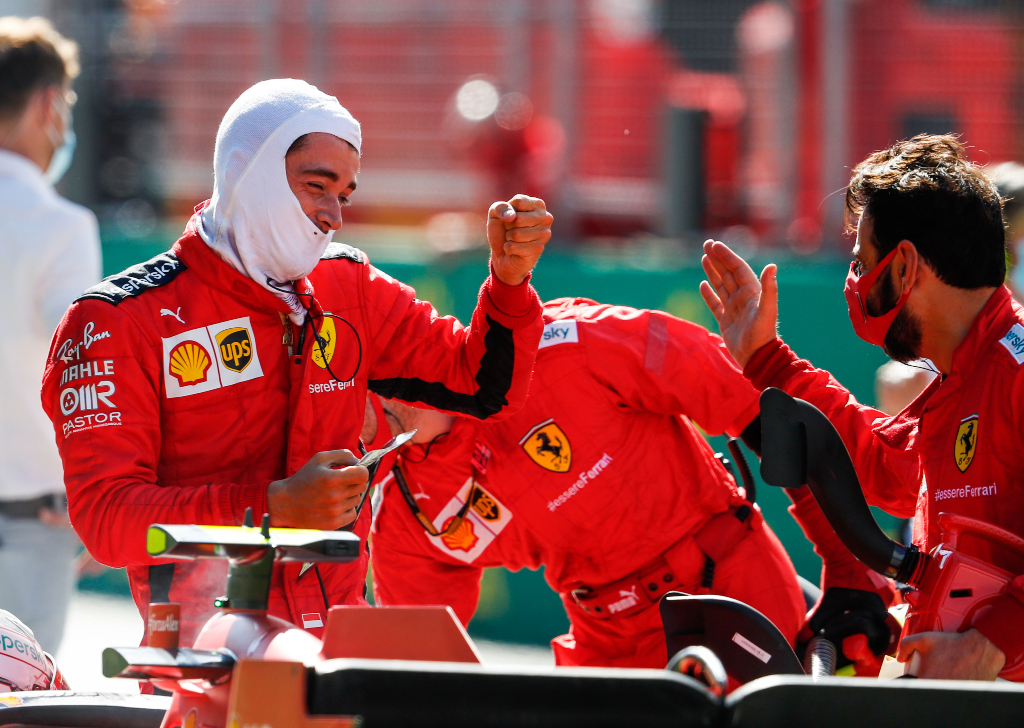 After finishing the season opener in P2, Charles Leclerc has praised his team for what he described as a perfect race for them.

Expectations were low at Ferrari after a disastrous Saturday qualifying session which saw Sebastian Vettel go out in Q2 and Leclerc only manage P7.

Things weren’t looking much better in the race with Sebastian Vettel dropping outside of the points and Leclerc stuck between the McLarens in P6.

However, a number of Safety Cars and a collision between Lewis Hamilton and Alex Albon provided the Monegasque with the chance to get P2, and he took it. Given the team’s struggles, he feels it was the best possible outcome.

“I think we did everything perfect today, to be honest, to finish second,” he said after the race.

“We had a little bit of luck obviously with Lewis’ penalty, some crashes here and there but it’s part of the race too and that was the goal, to take every opportunity, though we didn’t have the pace to finish where we were I think.”

“There is still a lot of work to do and we are still far away. We are not where we want to be but anything is possible so we need to keep the mental strength through all the team, work as a team and I am pretty sure we can come back where we want but it will take time.”

At the final Safety Car restart, Leclerc was still running behind Lando Norris and Sergio Perez. He passed both on track to put himself in prime position to capitalise on any incidents in front.

Fighting midfield teams isn’t where Ferrari want to be, but he says he enjoyed it nonetheless.

“I wanted to be very aggressive because every Safety Car restart I was struggling exit of Turn 1 all the way to Turn 3,” he added.

“I knew there was no opportunity for me here but I knew that my opportunity will come if someone makes a mistake and Lando slowed down a little bit with Sergio Perez at one point and I just went for it. The other one with Sergio also was pretty tough but I really enjoyed it.”

Leclerc’s team-mate, Vettel, didn’t enjoy such a successful race. After spinning when trying to pass Carlos Sainz, he struggled to recover and ended the race down in P10.