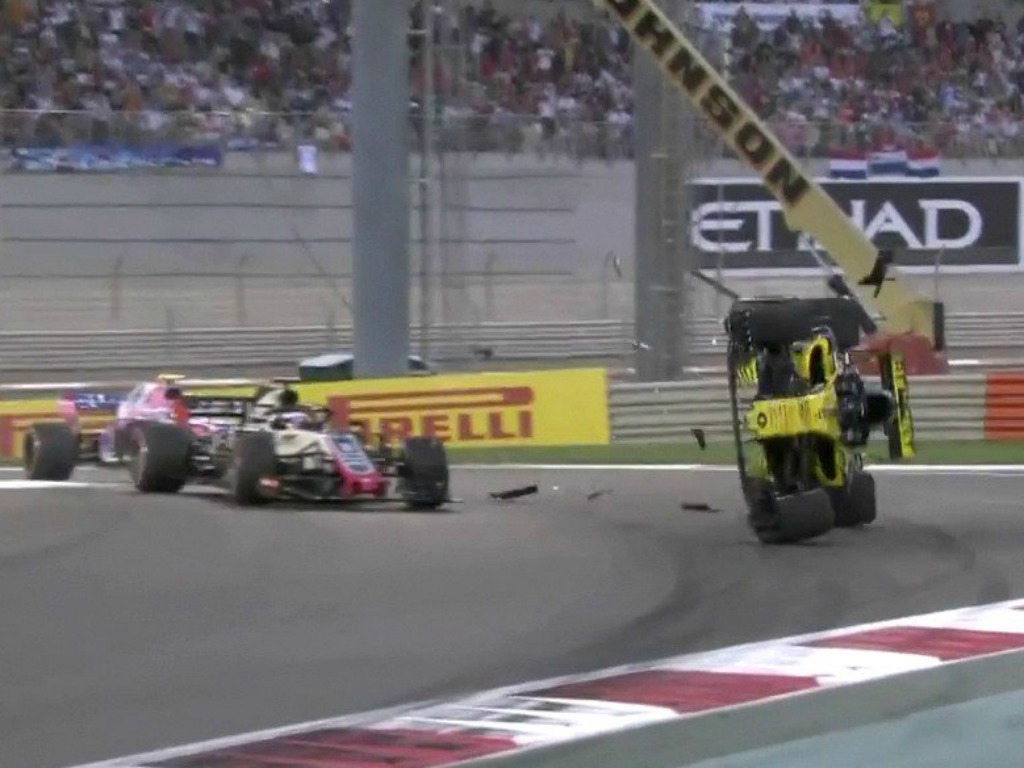 The Abu Dhabi Grand Prix has not only delivered four title deciders but also some rather memorable crashes, especially for those involved.

PlanetF1 lays out our top five Abu Dhabi memories, the good and the bad.

For only the third time in Formula 1’s history a driver who at no point of the season led the standings, won the World title. It was Sebastian Vettel.

The German, racing for Red Bull, went into the season finale third in the standings.

He trailed Ferrari’s Fernando Alonso by 15 points while his own team-mate, Mark Webber, was seven ahead of him.

Lewis Hamilton was also in the mix but as an outside shot as he was 22 points behind Alonso with 25 in play.

Vettel started the grand prix from pole position and raced his way from lights to flag, only giving up the lead to Jenson Button when he came in for his only stop of the afternoon.

Meanwhile Webber and Alonso took turns brushing the barriers with their subsequent stops putting them behind Vitaly Petrov on the track.

Neither driver was able to pass the Renault and could only watch on in frustration as lap after lap their championship hopes dwindled, and then died.

Vettel not only became the youngest Drivers’ Champion at the age of 23 years, 134 day, but also only the third driver in F1 history to win the title without having once led the standings during the season. 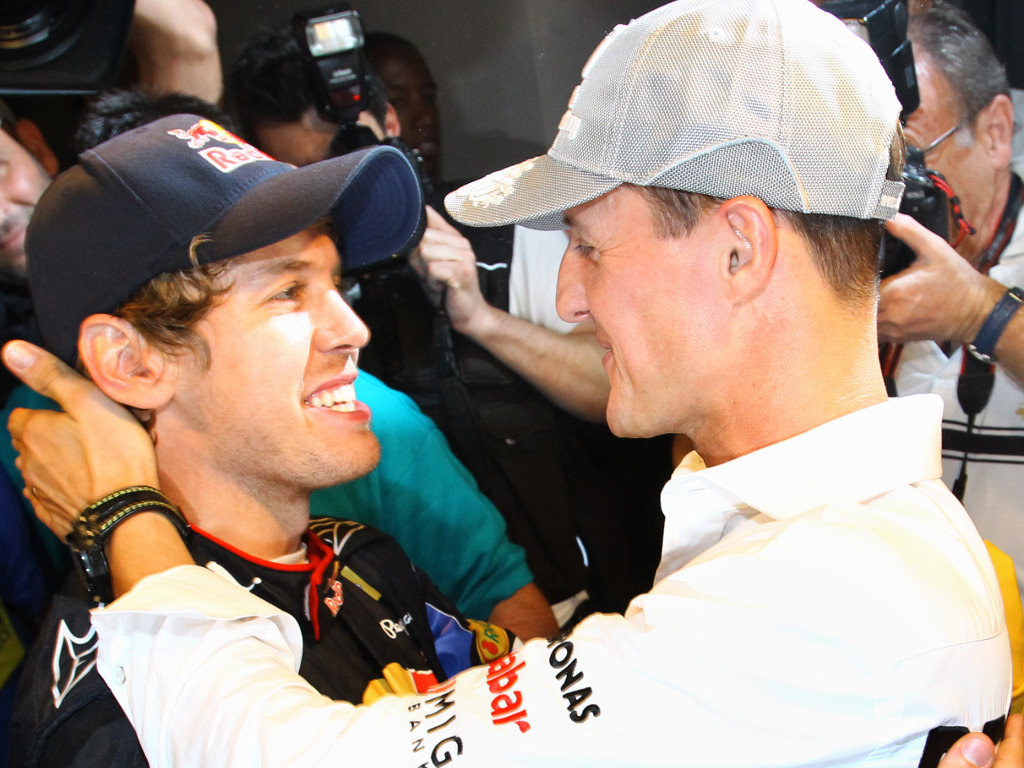 Nico Rosberg, in his third season with Mercedes, took flight at the 2012 grand prix when he was involved in an incident with Narain Karthikeyan.

Racing the HRT driver for position when a pit stop for a broken wing dropped him to the back fo the pack, Rosberg went to make a move on Karthikeyan.

The Indian driver, though, was in the process of suffering a hydraulic failure that caused his steering to lock up.

The impact launched him into the air and over the top of Karthikeyan’s head before landing heavily in a run-off area. From there he slid into the barrier.

“Narain told me that his steering broke and he needed to brake which I didn’t expect in that high-speed corner,” said Rosberg. “There was no time for me to react.”

The Mercedes team-mates were separated by 17 points after Rosberg ended Hamilton’s five-race winning streak with a P1 at the Brazilian GP.

With 50 points up for grabs, it was all to play for.

Rosberg started the race from pole position but Hamilton out-dragged him off the line to lead into Turn 1.

Hamilton began to build up a lead over his team-mate but it was all for nothing when, on lap 23, Rosberg’s W05’s ERS failed.

The German lost pace and positions, crossing the line in 14th place while Hamilton took win, the 50 points, and the World title.

The double points had absolutely no impact on the outcome in the end. 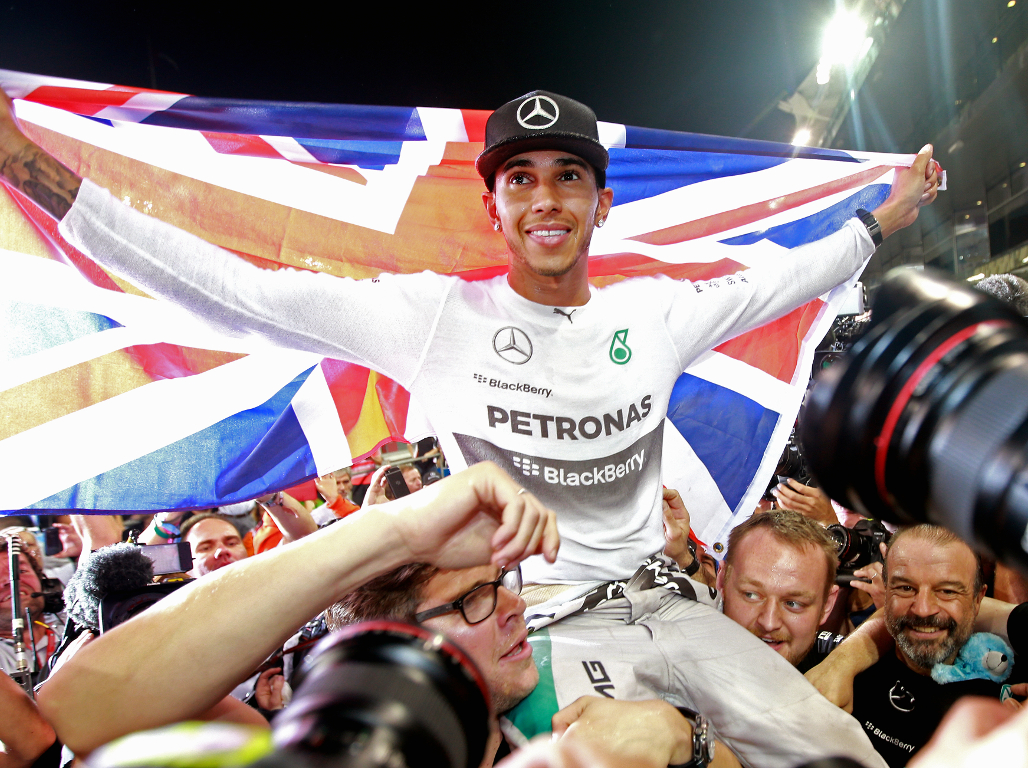 Nico Hulkenberg suffered a dramatic barrel roll at the start of the 2018 Abu Dhabi GP, but thankfully walked away unscathed.

The Renault driver was 10th on the grid, three places behind the Haas of Romain Grosjean.

Hulkenberg made an incredible start but, ironically, it cost him dearly.

Ahead of Grosjean on the track, the Frenchman tried to retake seventh at the chicane and hit the German.

The impact pitched Hulkenberg into a barrel roll before his RS18 was stopped by the barrier with the car upside down.

The Renault caught fire with marshals rushing to help the driver.

Trapped for several minutes, Hulkenberg told his team over the radio: “I’m hanging here like a cow. Get me out of this car.”

The marshals righted the car and Hulkenberg was able to climb out, miraculously unhurt.

Fernando Alonso may have missed out on points in his final F1 grand prix, P11 at the Yas Marina circuit, but that didn’t stop the Spaniard from celebrating.

Putting in his final official lap as a F1 driver, the cool down lap in Abu Dhabi, he launched into a few donuts, joined in the moment by former rivals Hamilton and Vettel.

It was a picture perfect end.