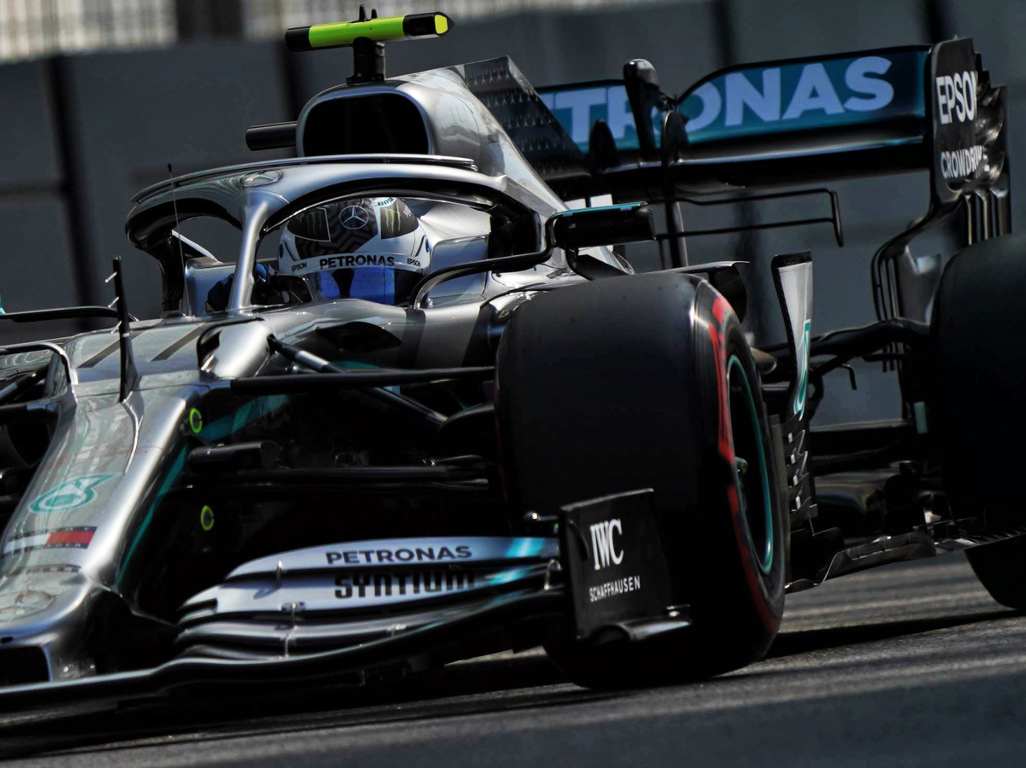 Valtteri Bottas put his brand new Mercedes engine to good use to set the pace in FP1 for the Abu Dhabi GP while Daniel Ricciardo’s RS19 needs a new engine of its own. And Sebastian Vettel spun.

Formula 1’s 21st and final FP1 of the 2019 season got underway on a hot Yas Marina circuit with the number ‘1’ in the mix as Lewis Hamilton’s W10 sported the winning number – but only for Friday.

The Ferrari drivers were the first to make their mark with Charles Leclerc posting a 1:40.2 to lead Sebastian Vettel.

As other drivers joined the party, Valtteri Bottas put his brand new ICE and turbo to good use as he laid down a 1:37.9, which was up on last year’s fastest time from FP1. Max Verstappen went second for Red Bull.

Lewis Hamilton, on his eighth lap on the soft tyres, leapfrogged them both to go quickest with a 1:37.5.

On the very next lap he reported a loss of power in the middle sector and slowly made his way back to the pits. “I’ve got to limp home,” Hamilton told Mercedes.

Slapping a new set of the medium Pirellis onto his W10, Bottas jumped Hamilton for P1 with a 1:36.9 before Verstappen, using new softs, moved up to second place. He was half a second down on the Finn’s time.

Not for the first time on Friday, Romain Grosjean found himself stuck behind a Williams, telling his Haas team that was he was “having fun with the Williams cars”. His tone of voice said anything but.

It took almost an hour before there was some real drama as Daniel Ricciardo’s RS19 went bang and spat flames at Turn 21. He pulled over onto the run-off area, his session over and the red flags out to allow the marshals to retrieve the Renault.

Renault has confirmed it was an old engine and that it will be replaced by one already in Ricciardo’s pool meaning no penalty for the Aussie.

Daniel Ricciardo pulls over with an oil leak, and the session is stopped#AbuDhabiGP 🇦🇪 #F1 pic.twitter.com/17f9Q9VGK2

Pierre Gasly receive the brunt of Ricciardo’s spilt oil as he was behind the Renault at the time of the bang and got a face full. “I’m full of oil,” he aptly said.

With the car back in pit lane and cement dust sprinkled over the oil spill, FP1 resumed with 17 minutes on the clock. Drivers were warned about the slippery cement dust.

Bottas’ 1:36.957 remained the time to beat through to the chequered flag with Verstappen second and Hamilton a further tenth off the pace.

Alexander Albon was P4 ahead of Vettel, Grosjean and Leclerc. Vettel had a late spin that ended with his Ferrari hitting the wall, damaging the back left. It also meant the session ended under the red flags.

Kevin Magnussen and Antonio Giovinazzi were next in line while Nico Hulkenberg was P11 in his final FP1 as a Formula 1 driver with Robert Kubica, who is most likely heading to DTM next season, was 18th.