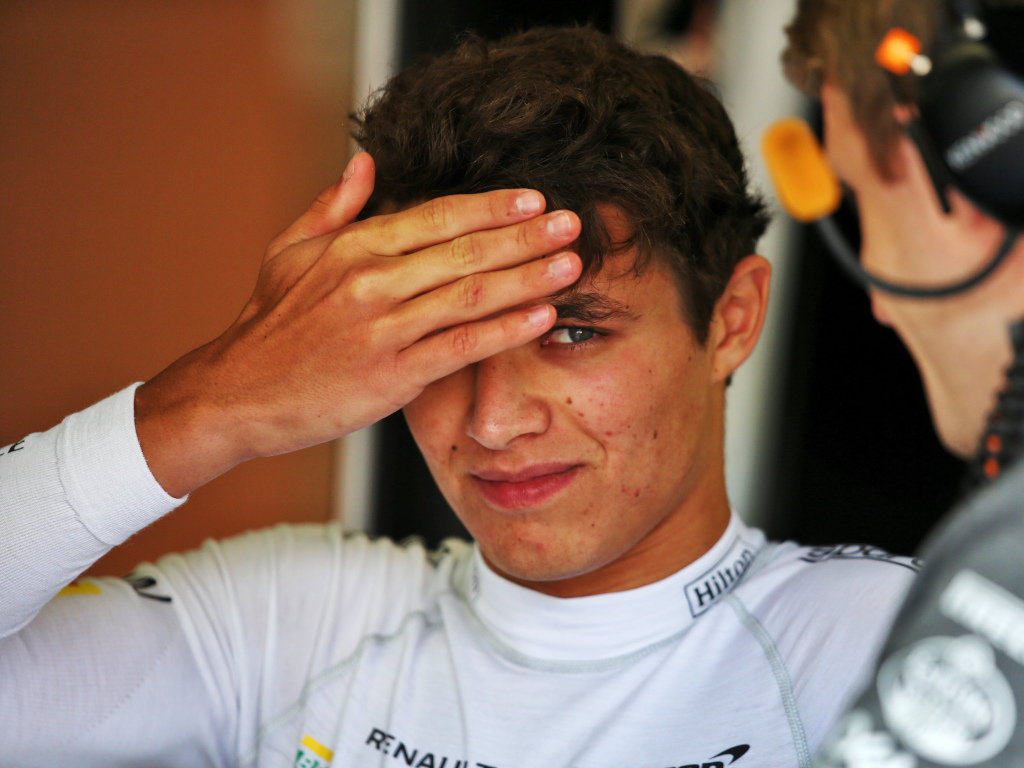 Lando Norris says he lost P7 to Sergio Perez late in the Abu Dhabi Grand Prix because he was “just a sh*t driver”.

The McLaren youngster looked set to finish the race as he started it, as the best of the rest, when Perez passed him on the final lap thanks to fresher tyres.

“Going to sound like I’m pretty terrible now, but he did me round the outside, end of the back straight into Turn 11, after the GP2 pits,” Norris said.

“I defended, went to the inside, he committed around the outside, he had much better tyres, I was a bit nervous of locking or doing something stupid, but I just wasn’t forceful enough.”

Prior to being passed, Norris had managed his tyres excellently having been forced to do a long run on them due to getting a flat-spot early in his first stint.

“I did the whole race being so calm and relaxed and looking after the fronts and the rears and driving slowly, and in this moment I needed to be aggressive and forceful and change how I was as a driver,” he added.

“I didn’t do that, basically. I just kind of braked, I didn’t think – ‘he’ll be going around the outside, I need to release the brakes and give him less room’ – I just was a sh*t driver, basically, in my mind, because he was the one guy I had to beat today, and I didn’t.

“So, because of that, I’m annoyed. But, yeah, the rest of the race was good, but it all led up to this one moment, and I failed in what I needed to do. That’s about it.”

Norris, who was tearful on the radio after the race, ends the season in P11, one place behind Perez, with 49 points.