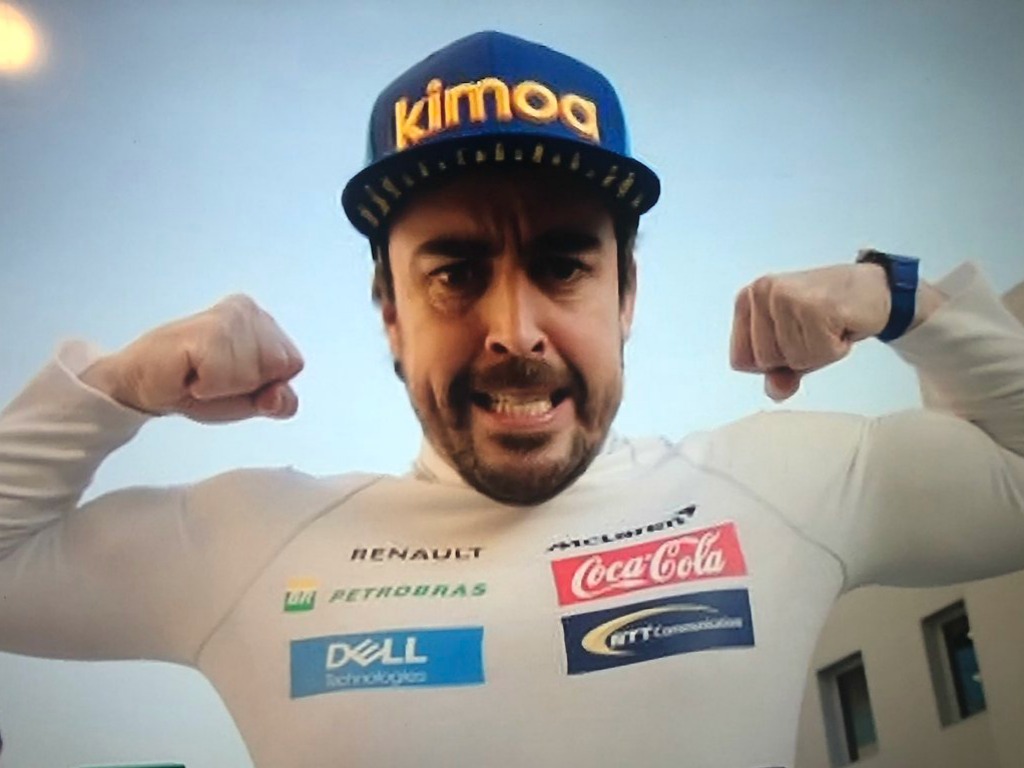 Departing Fernando Alonso makes up his own Yas Marina circuit, press conference tension plus the return of Robert Kubica. It’s the best bits from the season finale…

A short view back to the past

The season finale got off to a very strong start when the legendary Walter Koster asked one of his trademark long questions in the FIA Drivers’ Press Conference, leaving us all warm and fuzzy inside.

Speaking of warm and fuzzy feelings, how good was it to see this message from Niki Lauda as he continues his recovery from a double lung transplant.

Will we see him again in Australia? You try stopping him.

Abu Dhabi marked the end of a lot of things in Formula 1, including the end of Sebastian Vettel and Kimi Raikkonen partnership.

Vettel was certainly savouring every moment back in Thursday’s press conference.

Kimi: "Look after him so he doesn‘t start crying."
Seb: "I‘m wearing sunglasses"

But whilst there was a predominant last-day-of-school-term feel to the Abu Dhabi Grand Prix weekend. There was still some tension bubbling away…

Not all of Christian Horner’s jokes go down well, do they, Toto?

And Horner could not, of course, resist another little dig at Cyril Abiteboul before Red Bull and Renault headed their separate ways.

And things got very tetchy between BBC’s Andrew Benson and Ferrari boss Maurizio Arrivabene. We think it’s 1-0 Maurizio after this little exchange.

Arrivabene: What you said is not correct! We started the season in a very good shape. As Seb said yes he made mistake, then from Monza going on, we were not there with the car. That‘s a fact. I don‘t want to point the finger on the team or driver. We lose and win together pic.twitter.com/2O7cPcokxC

Ok, time to get the hankerchiefs ready…

Kimi shared a lovely moment with his long-time Ferrari press officer, Stefania Bocchi, in the paddock.

If that made us well up a little, this from Red Bull sent us over the edge…

It's been one hell of a ride @danielricciardo 🙌 🇦🇺 The ultimate Honey Badger highlights reel 🎬 #CheersDan pic.twitter.com/StEafdoB9e

But the sadness was cancelled out by what we have to look forward to next season, which includes a Formula 1 grid with Robert Kubicas as part of it.

Kubica got a big welcome back from all corners of the Formula 1 world, but none were better than Mark Webber who gave him the most Aussie response ever.

Poland’s man is coming back huh..what a warrior and tenacious prick he his. Love it.. #notforboys #rk 💪🏼 pic.twitter.com/O9OTC9axOr

Lewis Hamilton is also pretty happy that Kubica is coming back, too…

“Is Robert older than me?” Hamilton cheekily asked in the FIA Drivers’ Press Conference.

“Perfect! So I’m happy he’s coming back because Fernando’s leaving and I was going to be second oldest, but now I’m third oldest again.

“I can’t tell you how happy I am about that.” 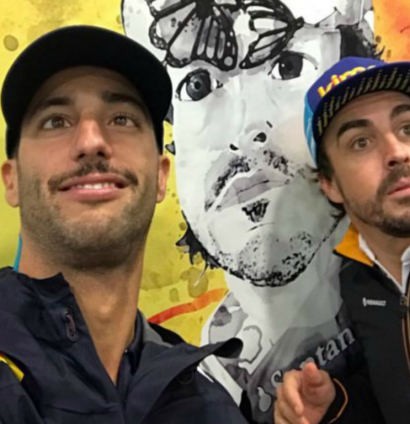 But he truly saved his best until last with one final f*** you of a performance in the race itself.

He cut the same corner three times in a row when trying to haul himself into a points finish, racking up 15 seconds’ worth of penalties and points on his superlicence.

Then there was the last piece of radio gold…

Q: “Fernando, what are you going to miss most about Formula 1 next year?”

Kimi was at it again down the long, long straight in Abu Dhabi. He does what he wants, ok?

Vettel: "Do I have time for a quick pee?"

And got very flirty and cheeky in the post-race conference, too… 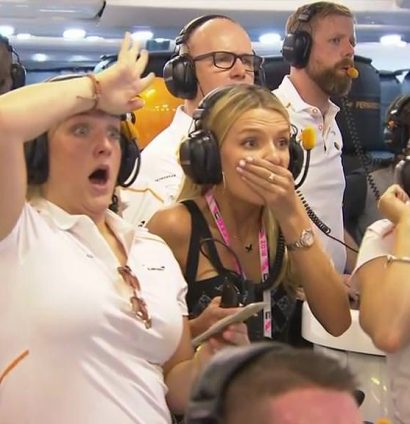 And to Romain Grosjean for showing his rebellious side…

And, even though there was a lot of Will Smith to get through, this was very, very good.

“Will, I’ve got to race! Seriously!!” 😂#AbuDhabiGP 🇦🇪 @F1 pic.twitter.com/cf1lBiseHW

It’s another last image. How could it be anything else other than three World Champions with 11 trophies between them doing donuts.