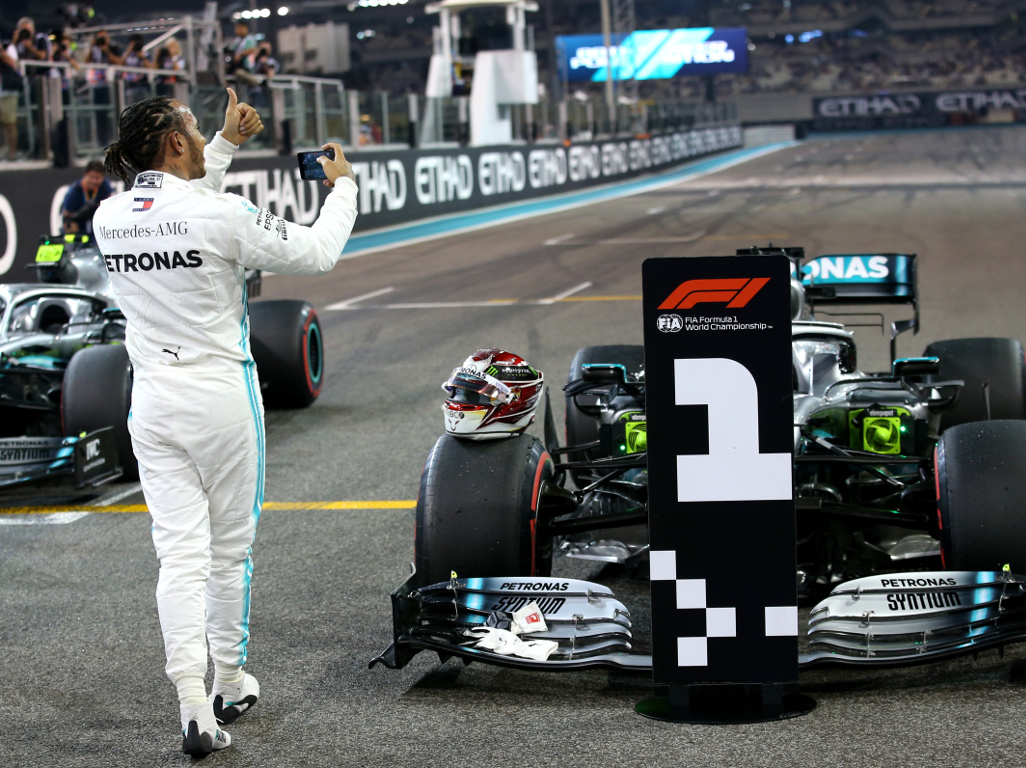 Lewis Hamilton ended his run of nine races without a pole position as he topped the timesheets in qualifying for the Abu Dhabi Grand Prix.

It was the Mercedes driver’s fifth pole position of this campaign.

Max Verstappen will line up second on the grid as Valtteri Bottas was P2 but falls to the back of the grid as a result of an engine penalty.

Q1 saw Sebastian Vettel provide the drama as he lost it through the final corner and spun on the main straight.

Instead of pitting, the German opted for a slow cool down lap before putting in a hot one. He went fifth fastest, 1.1s down on P1 holder Lewis Hamilton.

Heading into Q2, Mercedes, Ferrari and Red Bull opted for the medium tyres.

Charles Leclerc set the pace ahead of Hamilton and Bottas, however, Vettel swapped to the softs before doing his best lap.

The German was fourth but will start on the softs to Verstappen and Albon’s mediums.

Ten drivers remained in Q3 where the battle was not only on for pole position but, at least between Carlos Sainz and Lando Norris, there was a fight to win the McLaren qualifying battle.

The team-mates went into Abu Dhabi qualifying with tied on ten apiece.

Fire up and go, Q3 gets underway.

Starting a final run, the traffic built up around the Yas Marina circuit and Leclerc was not able to cross the line in time to start a hot lap. He blamed those ahead for slowing too much.

Hamilton upped his pace to a 1:34.779 while Bottas jumped up to second place ahead of Verstappen and Leclerc.

Vettel was P5 ahead of Albon, Norris, Ricciardo and Sainz. Norris won the McLaren battle.

Nico Hulkenberg was 10th in his final qualifying as a Formula 1 driver.