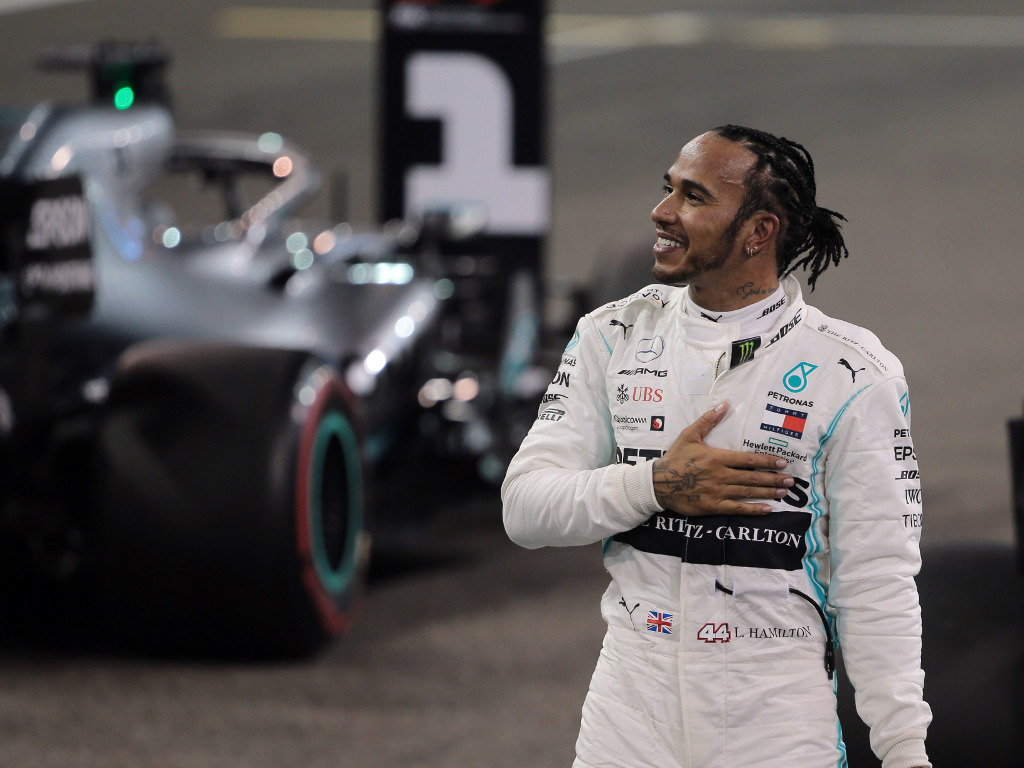 Hamilton dominated from lights to flag, racing his way to his 11th victory of the campaign.

Starting from pole position, the 2019 World Champion made a fantastic start to lead and immediately set about building an advantage over the chasing pack.

He checked out on his rivals, led by Charles Leclerc, who started the race facing a post-race investigation after the FIA revealed there was a “significant difference” in the amount of fuel that Ferrari declared to what was actually in his car. He would later keep hold of P3 as Ferrari were issued with just a fine for their fuel breach.

Despite concerns that the Monégasque driver would be disqualified after the race, Leclerc gave it is all. Lining up third on the grid, he made short work of Max Verstappen to run second with Sebastian Vettel fourth.

Meanwhile Valtteri Bottas, who started P20 due to an engine change penalty, was 15th by the end of the opening lap and inside the points by lap 10 of 55. Bottas was made to work for it as DRS was down for all the drivers due to a technical issue.

Valtteri is on the charge! He has moved into P14 from the back of the grid

Ferrari double-stacked their drivers on lap 13, stopping both for hard tyres. Leclerc emerged in fourth place but Vettel fell to P8 as there was also a small problem at the rear. It looked as if Alexander Albon, who was behind Vettel, would leapfrog the German in his stop but instead had to settle for closing the gap.

DRS finally came to the party on lap 18 but it was too late for Vettel and Albon. Vettel was struggling to pass Bottas, who along with Hamilton and Verstappen had yet to pit, while Albon wasn’t able to make a move on the Ferrari. Both, though, had fallen outside the 1s gap when DRS was enabled with Ferrari informing Vettel that he was without his MGK1.

There were also problems for Verstappen. He boxed on lap 26, putting on a set of hard tyres. He came out behind Leclerc but with tyres that were 14-laps fresher. But moments later began to complain about his Honda engine.

Hamilton stopped the very next lap, covering Verstappen’s strategy. Hard tyres, pitted from the lead and came out back in the lead. Bottas was the last of the top ten to pit. They lined up: Hamilton, Leclerc, Verstappen, Vettel, Albon, Bottas, Sergio Perez, Daniil Kvyat, Lando Norris and Nico Hulkenberg.

Despite his complaints Verstappen easily caught Leclerc, diving down the inside to take second at Turn 8. Leclerc tried to fight back through Turn 11 but instead bounced off the Red Bull.

The best thing about this is that we have another 10-15 years of Leclerc V Verstappen at *least*. Wonderful. #AbuDhabiGP pic.twitter.com/vYim7wAogH

With Leclerc falling further and further behind Verstappen, Ferrari pitted the driver on lap 39 for brand new soft tyres. Vettel stopped for mediums. Leclerc came out P3 with Vettel P5, behind both Bottas and Albon.

While those behind him did all they could to work their way up the order, Hamilton raced unchallenged to the Abu Dhabi win showing why he is a six-time World Champion.

He took the chequered flag 17 seconds ahead of Verstappen with Leclerc in third. The result meant Verstappen claimed third place in the Drivers’ standings ahead of Leclerc.

Bottas recovered to fourth from 20th, taking the chequered flag ahead of Vettel and Albon while Sergio Perez was P7.

Lando Norris was eighth with Daniil Kvyat and Carlos Sainz completing the points.

McLaren and Renault provided much of the evening’s entertainment as Sainz overtook Norris only for the rookie to later fight back, given a small whack for his efforts. Sainz continued his racey afternoon as he passed Daniel Ricciardo for position on lap 15 at Turn 5. However, he cut the corner and had to give the position back. It wasn’t long, though, before he was back in front of the Renault.

Sainz overtakes Ricciardo at Turns 5 and 6, but runs out of track and is forced to give P14 back#AbuDhabi2019 🇦🇪 #F1 pic.twitter.com/dKIMtPOl6a

Hulkenberg joined his team-mate in battling the McLarens after his pit stop. The German, on fresher tyres, made short work of Sainz before closing down Norris. The four Renault-powered drivers running one after the other before Sainz and Ricciardo both came in for a late second stop, breaking the chain.

Sainz and Ricciardo’s decision to make a late second stop dropped them outside the points with the Spaniard doing all he could to chase down Hulkenberg for 10th. After laps of frustration, he made his move on the final lap to finish P10, taking sixth place in the Drivers’ Championship.

Pierre Gasly, who had entered the race looking to retain that P6, was dealt a massive blow at the very first corner when he lost his front wing squabbling with the Racing Points. He came off off second best and had to pit.

It was a nightmare front nose change for the Toro Rosso driver as the team struggled to remove it. The stewards ruled no investigation was necessary with Gasly crossing the line second last of the classified runners.