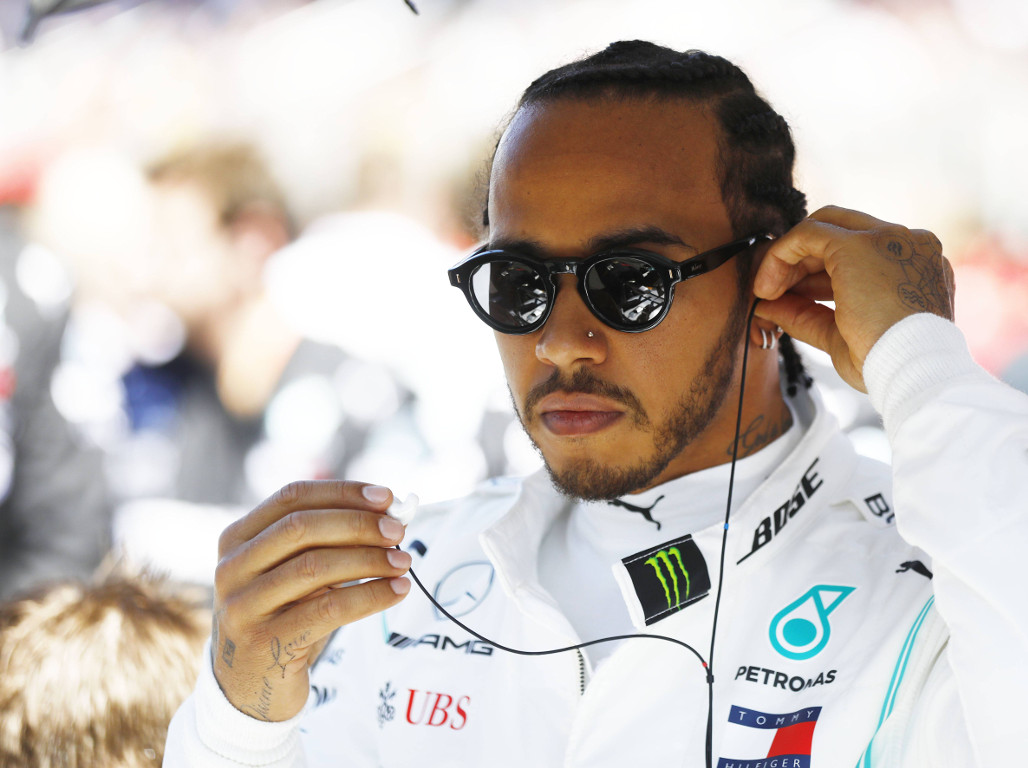 Mercedes’ run of P1s in first practice for the Austrian Grand Prix climbed to six in a row as Lewis Hamilton set the pace on Friday morning.

After a tyre meeting with Pirelli reportedly saw the teams vote 5:5 against reverting to the 2018 tyres, this year’s rubber was once again put to the test in FP1 for the Austrian Grand Prix.

A midsummer heat wave meant the track temperature was up to 43’C as 19 of the drivers took to the track in Spielberg.

The one that didn’t, Valtteri Bottas, sat in the pits while Mercedes replaced his W10’s power unit – reverting to an old spec one – after discovering an oil leak.

Mercedes tweeted: “Valtteri Bottas’ start delayed due to an oil leak. The boys in the garage are currently swapping the Power Unit in order to properly inspect it out of the car.”

Last year’s winners, Red Bull, were the first out on track with Max Verstappen putting the first lap of FP1 while Pierre Gasly clocked the opening time, a 1:08.299.

While the 2018 Austrian GP winner laid down fastest laps, his team-mate Gasly was stuck in the pits with a damaged front wing.

He wasn’t the only driver riding the kerbs a bit too hard.

Testing the limits is what #FP1 is for 👊#AustrianGP 🇦🇹 #F1 pic.twitter.com/6tV6Qkhhk5

Gasly’s troubles with the kerbs were by no means over as on his next hot lap he again mounted the kerb having just put in a fastest middle sector time.

Verstappen lowered his benchmark time to a 1:05.488 on the medium Pirellis with Lewis Hamilton, finding a way through the traffic, up to second on the softs.

Bottas, on track with a new old spec engine in his car, was third fastest at the 40-minute mark when the drivers hand their first set of tyres back to Pirelli.

With a new set of soft tyres on his Mercedes, Bottas went quickest with a 1:05.2 while Hamilton went purple in the first sector only to run wide and over the kerbs. He was forced to back off.

Charles Leclerc was the next to hit the front before joining the kerb-climbing squad, mounting the sausage kerbs at the final corner. He asked Ferrari if he had broken “something” but was told that “everything is OK with the car”.

Bottas returned to the front ahead of Leclerc and Verstappen with Hamilton P and complaining about having “no front end”. He pitted, 0.340s down on his team-mate.

While many of the drivers were mounting the kerbs left, right and centre, Lance Stroll became the first to suffered a notable problem as his SportPesa Racing Point snapped as he middled the kerb, losing bits of his RP19 He limped back to the pits.

A teasing glance at the gravel for Lance Stroll in FP1 😏 – but he keeps it out of the trap at Turn 4#AustrianGP 🇦🇹 #F1 pic.twitter.com/9bbOckk5C9

With 20 minutes remaining in FP1, Hamilton hit the front for the first time on Friday with a 1:04.838 for the five-time World Champion.

And although the Brit pitted soon after with damage to the end plate of his front wing, his team remained unbeaten as the chequered flag came down on FP1.

Vettel put in a late run on the medium Pirellis to go second, 0.144s down, while Bottas was third, a further 0.017s off the pace.

Leclerc was fourth ahead of Verstappen, Gasly, Carlo Sainz and Daniel Ricciardo. Sainz is running a new engine at the Red Bull Ring.

The session was red flagged with three minutes left on the clock as Nico Hulkenberg lost his front on the kerbs.

Red flag; debris on track. Our debris in fact. Quite specifically, part of The Hulk’s front wing. Both cars return to the garage. #RSspirit #AustrianGP #FP1 pic.twitter.com/O3ZjnJDL3J