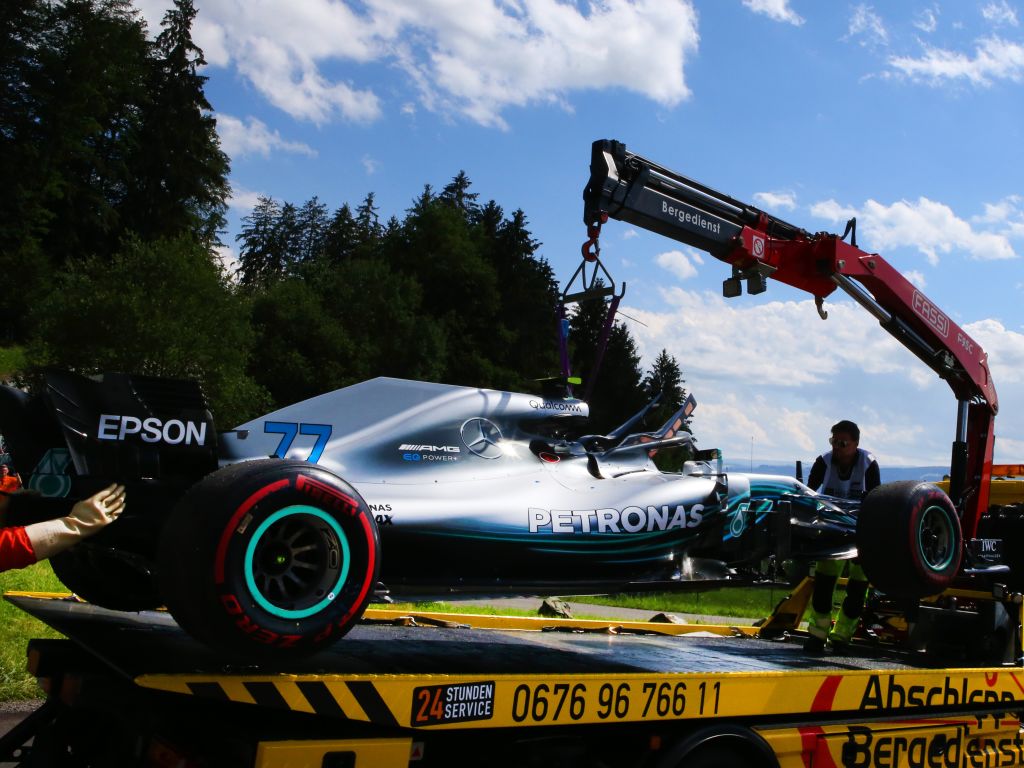 Cue the cheers, the French Grand Prix is over and done, now Formula 1 heads for the Red Bull Ring for the Austrian Grand Prix.

Now, the Circuit Paul Ricard didn’t serve up a classic by any stretch of the imagination, so let’s hope that part two of the back-to-back race weekends recaptures our attention.

After all, it can’t get any worse, right?

With victory last time out Lewis Hamilton made it ten-straight wins for Mercedes, while stretching his own lead at the top of the Drivers’ Championship to 36 points over team-mate Valtteri Bottas.

Sadly we have to remind you all that the Red Bull Ring is a place where the Silver Arrows have been fast – not since Felipe Massa in 2014 has there been a non-Mercedes driver on pole, while it took until last year for there to be a non-Mercedes race winner – Max Verstappen did the business in 2018, giving Red Bull their first Formula 1 win at their own circuit.

Of course a strategical blunder and double retirement for Mercedes did aid the Dutchman’s cause, but it gives fans hope of a similar meltdown this time around.

However, the German manufacturer have been solid through 2019 in every department – on the track, in the paddock and at the factory. So, considering their dominant record here and complete control over the 2019 season, it’s difficult to see them being stopped without any disasters.

It’s also a high-power track which should give Ferrari a boost with their straight-line speed, while Red Bull will hope that Honda’s PU upgrade will deliver more of an advantage here than what we saw at Paul Ricard.

Should Mercedes encounter problems, we could have a battle between the Ferraris and Max Verstappen for the win to look forward to. Pierre Gasly has some work to do if he wants to be a factor, while Sebastian Vettel needs a strong showing in Spielberg after an underwhelming display last weekend to say the least.

The French GP threw up another anomaly for Ferrari and Red Bull to watch out for in the form of McLaren.

Long absent from the business-end of the grid, the multi-time Formula 1 champions showed fantastic one-lap pace at Paul Ricard, with Lando Norris qualifying P5 and Carlos Sainz P6, ahead of Vettel.

The team themselves had no idea where that pace came from, though it gave them hope for the race.

Things didn’t quite go as planned, but while they didn’t have the performance to hang with Ferrari or Verstappen in race set-up, they have made an impressive step forward and right now look to be best-of-the-rest leaders of that midfield pack.

Perhaps Austria is the start of few lonely races while they hang in limbo between the midfield and top three, or perhaps it was a positive blip and they will be battling for a top 10 spot again at the Red Bull Ring? It will be interesting to find out either way.

For the boring affair that it was, there are nonetheless talking points throughout the grid after France.

Daniel Ricciardo for example is starting to show his ruthless side. The bleep machine was needed even before he found out about his two five-second penalties for ignoring track limits while battling Norris and Raikkonen on the last lap.

Sergio Perez was given a bizarre five-second penalty of his own for leaving the track on the first lap, following the safety bollards to return to the track, but gaining an advantage in doing so according to race control.

Even after race director Michael Masi’s explanation, Perez along with pretty much everyone was still left scratching their heads.

Haas tell Grosjean: "We need to retire the car."

How about the rather ticked off Romain Grosjean? He wasn’t happy with Ricciardo for their incident in Q1, he wasn’t happy with Haas for not giving him the rear-suspension upgrade at his home race, instead handing it to team-mate Kevin Magnussen, and then he wasn’t particularly impressed with the VF-19’s sheer lack of performance.

We saw the tables turn on inter-team battles – Antonio Giovinazzi outqualified Raikkonen for the second race running, while at Williams Robert Kubica finally finished ahead of George Russell on a Sunday.

The message is yes, the French GP wasn’t a classic, but it did throw up plenty of interesting situations like these, and it will be intriguing to see the next step which they take in Austria, or whether they play any role at all in what goes down in Spielberg.

Dig deeper, and we see there are plenty of reasons to tune in to the Austrian Grand Prix.