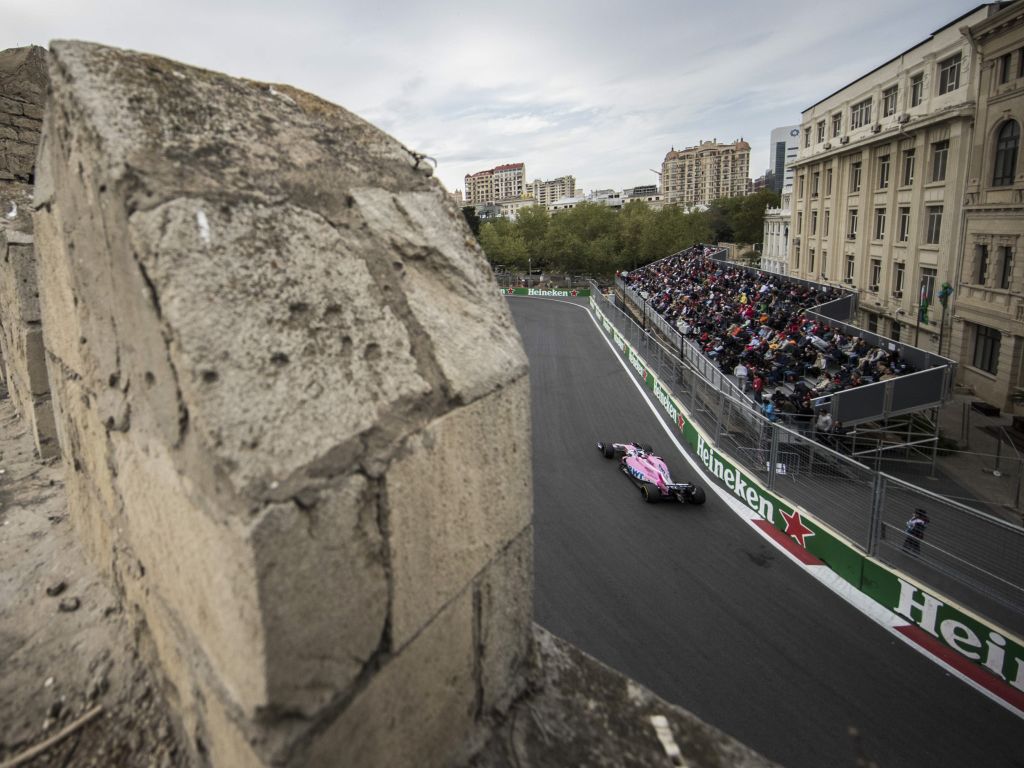 A few years ago Formula 1 fans around the world would stare with utter confusion if someone suggested that Azerbaijan would host a race to become considered a jewel of the calendar.

However, debuting in 2016 as the European Grand Prix, the Baku City Circuit now hosts the yearly event under its country’s flag, and with the long straight – broken up by tight, challenging corners, this track has served us with many exciting and oftentimes shocking moments.

2018 proved the craziest staging yet, so let’s take a look back at the five best bits, well at least for us, for the victims it wasn’t quite as enthralling.

The safety car has probably clocked up as many miles at this place as anyone on the grid, and it was Grosjean’s bizarre error which brought an extension to its second stint last year.

With Bert Mylander still leading the pack around after the Red Bull’s had collided, (we will get to them a bit later), Grosjean would lose control of his Haas while trying to keep heat in the tyres, proceeding to crash heavily into the wall and retire for the day.

He had only been in the race at the mercy of the stewards, who kindly allowed him to take part after he ran off the track just three corners into his qualifying lap.

So, a weekend to forget for the Frenchman who was pointless in the Drivers’ Championship at the time – little has changed one year on then.

Initially, Grosjean and Haas randomly blamed the incident on Marcus Ericsson – “I think Ericsson hit us” were the words from the pit wall – but when every TV camera available offered no support for that argument, the diagnosis changed drastically to a ‘switch bump’ being to blame for the error.

Then known as Force India, it was a track that the team enjoyed very much – Perez claimed a podium for the them in the inaugural race at Baku, and two years later he earned that P3 spot again.

The retirements of Daniel Ricciardo and Max Verstappen helped promote him to P5, and with three laps to go race leader Valtteri Bottas suffered a puncture, elevating Perez to P4.

Sebastian Vettel had launched a failed overtake attempt on the Finn a few laps earlier, causing him to lock up and ruin his tyres. This opened the door for Perez to complete his ultimate opportunist drive and snatch that last podium spot from the Ferrari man.

Shock results aren’t something we see in Formula 1 too often now, especially not midfield runners making the top three, so it was a great day for the neutral- and Mexicans!

Perez’s podium would prove to be the only time in 2018 that a driver not racing for Mercedes, Ferrari or Red Bull made the podium.

We gave it a brief mention, but the incident deserves far greater attention.

It wasn’t the best moment for Bottas, in fact it was probably his second worst horror story of 2018, behind the Russia team-orders debacle of course.

With the race underway again after yet another safety car, Bottas enjoyed a one-second lead over his team-mate by lap 49, but disaster struck in the form of a puncture on the main straight causing him to retire.

“Valtteri deserved to win, he did an exceptional job and had a faultless drive. … I would not have got by him in the remaining laps if he hadn’t had his tyre blow,” were the words of eventual winner Lewis Hamilton.

For Bottas 2019 is a shot at redemption, and his early form suggests that we will see him troubling the pace setters again for sure.

We’ve mentioned them enough, so it’s time to dig deeper into the incident. Red Bull’s policy at the time was heavily geared to ‘let them race’, but that backfired dramatically.

Verstappen, who had just passed Ricciardo due to an overcut, made a late defensive move to cover an attempted overtake by Ricciardo which caused a collision between the pair.

That left both of them stranded at the Turn One run-off area, while a main straight full of debris earned little praise from the rest of the field.

People were quick to point the finger at Verstappen, as per usual, for refusing to yield to his team-mate, but principal Christian Horner stressed that both of them were at fault – and ordered them to face the entire team to apologise.

Fernando Alonso had been in the wars at the start – a coming together with Sergey Sirotkin’s Williams has caused punctures to the front and rear right tyres for the two-time World Champion.

Sirotkin later stopped with the damage he suffered, and while the safety car appeared so debris from a host of first-lap hits could be cleared, Alonso pitted with several other drivers caught up in the chaos.

With the race following that unpredictable trend from start to finish, Alonso managed to come home P7, while his team-mate Stoffel Vandoorne, who had been at the back for most of the race after an unscheduled pit stop, used the second safety car to put on some fresh tyres and work his way up to P9. A rather unlikely double-points finish for McLaren had become a reality.