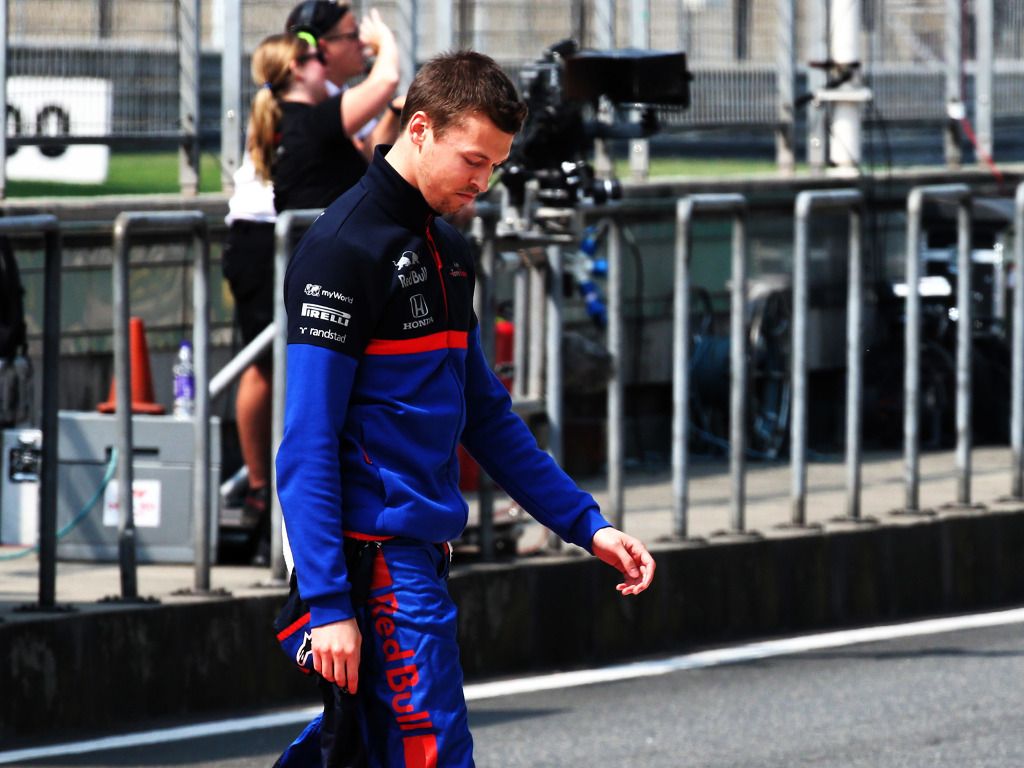 Losing pace between qualifying and the Baku Grand Prix, Daniil Kvyat has called on Toro Rosso to investigat what exactly went wrong.

Kvyat qualified his STR14 up in sixth place for Sunday’s Azerbaijan Grand Prix, his best Saturday showing of this season.

However, come Sunday, that pace was gone.

The Russian driver began to fall down the order before an incident with Daniel Ricciardo put an end to his grand prix.

“We lost a big amount of grip all of a sudden,” Kvyat explained to Autosport.

“It was like a big warning. So we think we got something slightly wrong.

“I don’t know whatever it is, but we need to analyse it now and we can learn from it.”

He added: “When we pitted for the yellow [medium] tyre, C3, it wasn’t looking too bad.

“The pace still wasn’t excellent enough to match perhaps McLaren, but we were hanging there.

“We were still in a race for a point or a couple of points, and obviously Daniel caught [me].”

“I was aware he was going to catch me sooner or later,” he continued.

“So honestly he just had to be a little bit more patient and it wouldn’t have been an issue.

“It’s a shame, but we need to investigate why we were so competitive throughout [practice and qualifying] and we lost all of a sudden the pace [in the race].

“I am sure our guys will be on it and we’ll be better next time.”