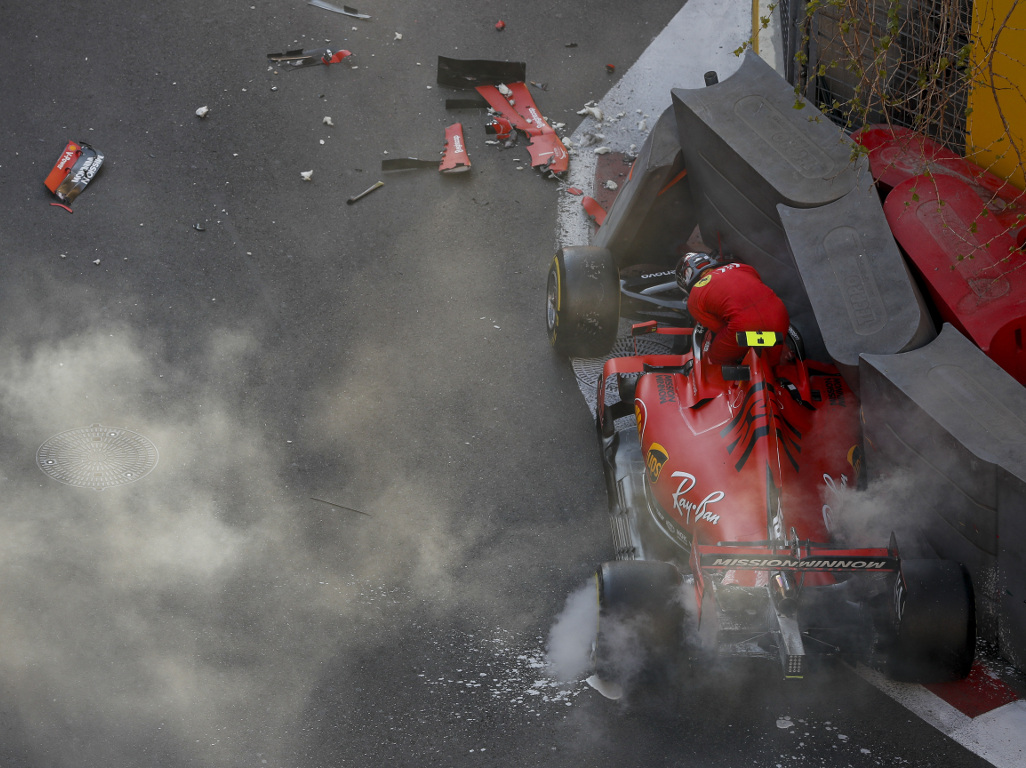 Heading into qualifying as the team to beat but finishing only third fastest, Nico Rosberg says it is “unbelievable” how Ferrari keep throwing it away.

With Charles Leclerc comfortably quickest in all three practice sessions, the general consensus is Saturday’s qualifying in Baku would yield a Ferrari front row lock out.

Instead Mercedes claimed the 1-2 while Sebastian Vettel was third fastest and Leclerc will line up ninth on the grid after crashing in Q2.

“They just completely threw it away again in qualifying. Unreal how they manage to do it every time.”

The German, though, has absolved Leclerc of any blame for his Q2 crash, saying Ferrari’s strategy to send both drivers out on the medium tyres when everone else was running the softs meant he had to push too hard.

He added: “Leclerc was on for a definite pole position, he was really on it all weekend.

“I don’t blame it on him, I blame it on the team because in Q2 they decided they were going to be even smarter and put on the medium tyre, the harder tyre.

“They thought if they start the race with the harder tyre, that would give them even more benefits because they were so fast. It was just overconfidence.

“It just went completely pear-shaped for them from that moment on.

“I was sitting on the sofa shaking my head like, ‘What are they doing now?! Not on a street circuit, don’t mess about like that, the drivers need rhythm and everything.’

“Sure thing what happened afterwards, Leclerc was in the wall with his medium tyres locking up because of lack of grip.

“Sebastian Vettel was nearly in the wall as well. He had a big moment there. For me they just completely threw it away and that’s terrible.

“It was really disappointing. All of us want to see Ferrari do a comeback to really push Mercedes to the limit.”