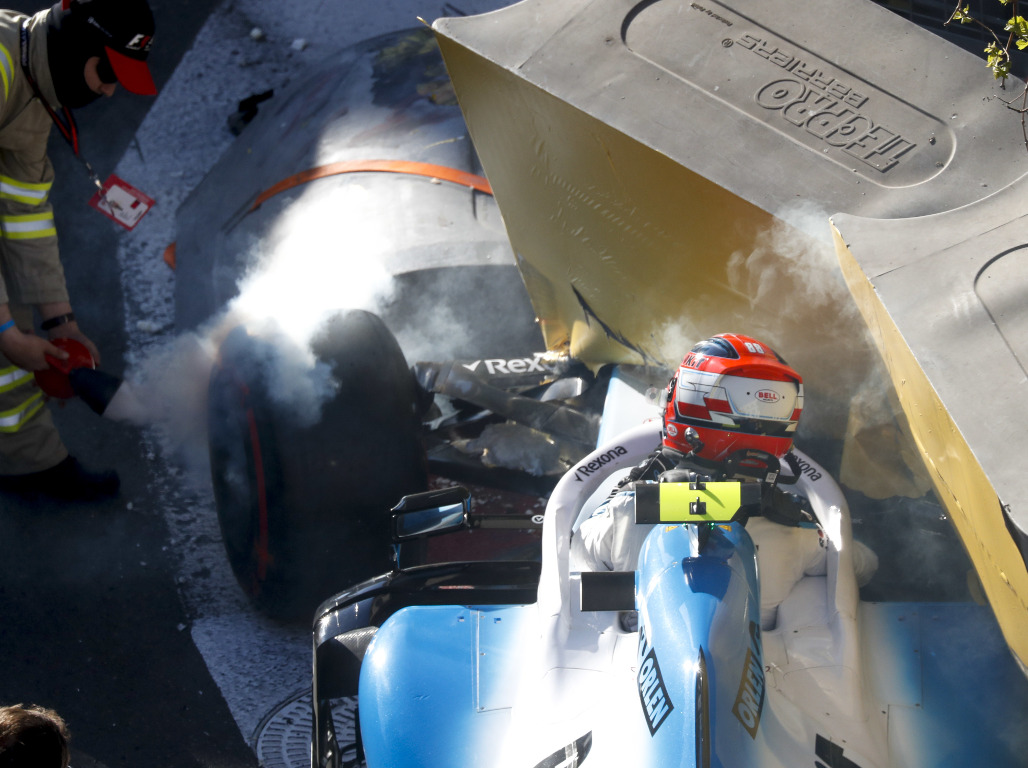 On a weekend involving a hefty repair bill for Williams, the good news is Robert Kubica will be able to start the Azerbaijan GP as the team has all the parts needed.

And, as part of the operation to get Kubica and his car race ready, he will now be joining Pierre Gasly in the pit lane after set-up changes that fall outside of parc ferme conditions were made to the FW42.

Williams’ Baku weekend got off to a wretched start as George Russell’s FW42 was wrecked by a loose drain cover at the start of FP1.

The impact shattered the floor, the diffuser and did additional damage to the rear of the car which required a new chassis.

Just over 24 hours later the repair bill increased as Kubica binned it in Q1.

As such his FW42 also needed massive repairs.

Thankfully for the Pole, Williams have the parts needed and he will start Sunday’s grand prix.

“We are currently working to fix the front end of Robert’s car,” a Williams spokeswoman told Crash.net.