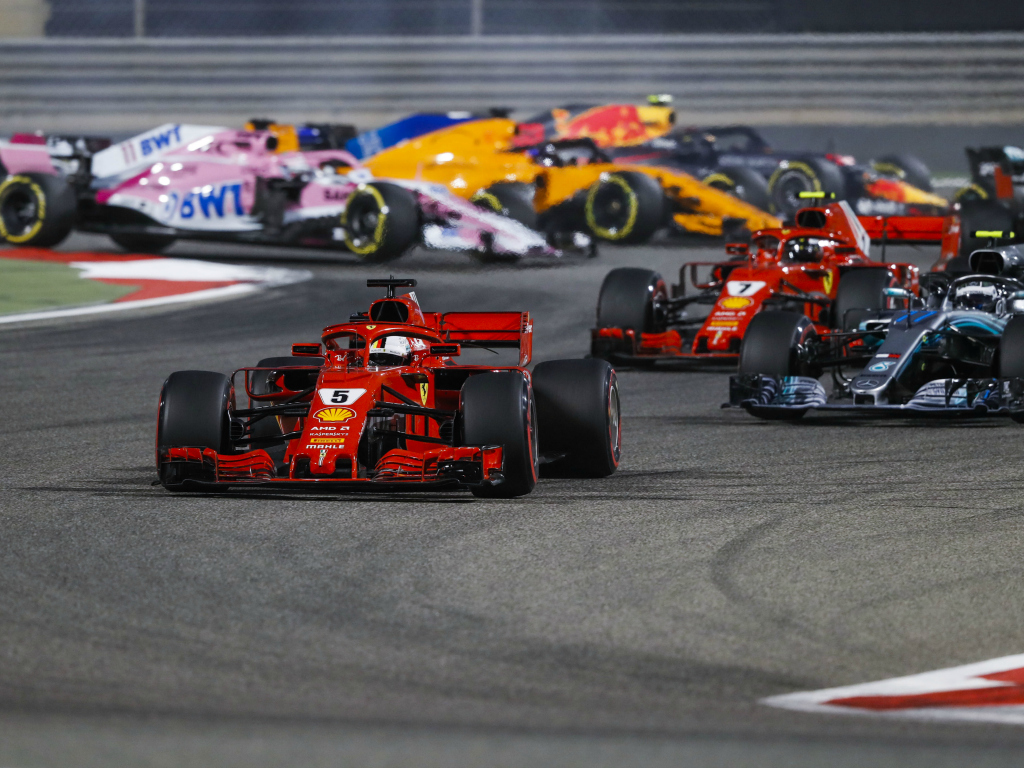 The 2019 F1 season is now in full swing, and the roadshow moves on to Sakhir this weekend for the Bahrain Grand Prix.

After Mercedes dominated events completely in Melbourne earlier this month courtesy of a 1-2 from Valtteri Bottas and Lewis Hamilton, all eyes will be on Ferrari and Red Bull to see if they can somehow find a way to redress the balance.

Sebastian Vettel above all will have the eyes of the paddock on him as he attempts to both prove he can be a title contender this season, and stave off the challenge of young pretender Charles Leclerc in his own garage.

What time does the Bahrain Grand Prix start?

The start times for the Bahrain Grand Prix are as follows:

Where does the Bahrain Grand Prix take place?

The Bahrain Grand Prix was staged for the first time in 2004.

The Bahrain International Circuit at Sakhir has accommodation for 50,000 spectators housed in two fixed grandstands and other temporary ones.

The circuit was built specially for the arrival of F1 racing and has undergone various changes over the years, even switching to  the 6.299km endurance circuit for 2010 race.

But, since then, the now traditional 5.412km track has been in use, with the tight and tricky left-hander proving to be the biggest handful for the drivers to tackle.

The circuit is designed by renowned specialist Hermann Tilke, who was also responsible for the Sepang circuit in Malaysia and carried out the modifications to the Nurburgring and Hockenheim circuits.

Where can I watch the Bahrain Grand Prix on TV?

Bahrain Grand Prix weekend – including the race proper – will be screened live in the UK by pay-TV broadcaster Sky Sports on its dedicated Sky Sports F1 channel. Highlights will be aired by free-to-air broadcaster Channel 4.

The Bahrain Grand Prix will be shown live on TV by the following outlets in other key markets:

What is the weather forecast for the Bahrain Grand Prix?

Sebastian Vettel has found Bahrain a happy hunting ground in the past, leading the way with four wins at Sakhir (2012 and 2013 with Red Bull and the last two runnings in 2017 and 2018 with Ferrari). The now-retired Fernando Alonso won three times here while current world champion Lewis Hamilton has won the race twice – in 2014 and 2015. Ferrari are the most successful constructor in the history of the Bahrain race with six victories.

What are the grid positions for the Bahrain Grand Prix?

NB: Romain Grosjean qualified in 8th position but was penalised three places by the stewards for impeding Lando Norris during qualifying.

What are the odds for the Bahrain Grand Prix?

The leaders in the race for the driver and constructor titles heading into the Bahrain Grand Prix are as follows:

The bonus point will be awarded to the driver who completes the fastest lap in the race, as long as that driver also finishes in the top 10. The driver’s team will also score a bonus point in the constructor standings in that case.
This means there are up to 21 extra points available for the 2019 championship.