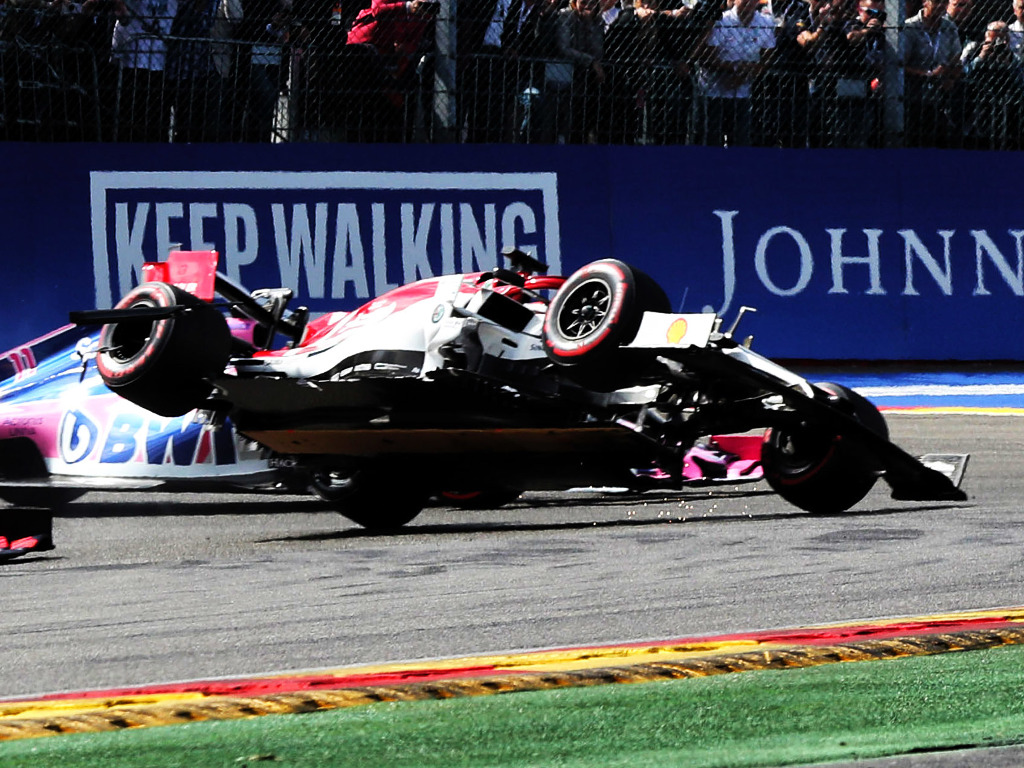 Kimi Raikkonen’s team boss reckons Max Verstappen’s attempt to sneak up the inside of the Finn at the Belgian GP was “stupid” and cost both drivers dearly.

Verstappen braked late at the first corner of the Spa-Francorchamps circuit and tried to slide up the inside of the Raikkonen.

There wasn’t any space.

The two touched with Raikkonen pushed up onto two wheels before landing heavily. His C38 suffering bodywork and floor damage.

Verstappen was left with a broken suspension that resulted in him crashing a short while later.

“But he came from nowhere, he was even behind Perez before the braking.

“He tried to get two cars in the first corner, and it’s stupid because in Spa you can overtake and you have room to do something. We are not in Budapest or in Monaco.

“The car was completely damaged, we were missing half of the floor.”

But while Vasseur wasn’t impressed with Verstappen’s driving, his Red Bull team boss Christian Horner has defended him, saying it was nothing more than a racing incident as he went into Raikkonen’s “blind spot”.

“Max remarkably has had a run since Hungary last year where he’s finished top five in every grand prix,” he said.

“It was almost an action replay of the incident here in 2016 with Kimi again. Maybe it’s a blind spot for Kimi!

“It’s a racing incident. He’s gone in low, I don’t think Kimi knew he was there.

“The problem is we’d had a poor start. At that point you’re in the pack and unfortunately it’s bitten us today.” 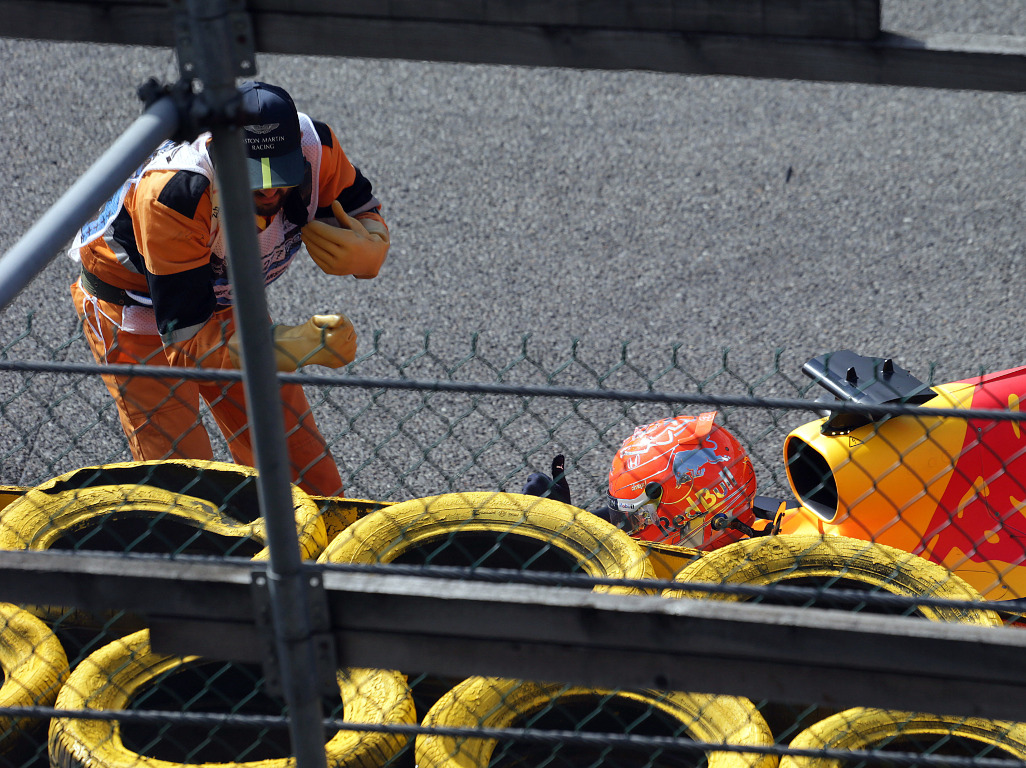 The stewards agreed and no action was taken.

“It was looked at,” said race director Michael Masi. “Obviously we had the Safety Car immediately but once that got cleared, we looked at it and it was determined that it literally was Turn 1, lap one, racing incident. No further action.”

Raikkonen limped him in 16th place, a disappointing result given his P6 on the starting grid.

“He would have been easily P8 so it was a huge shame,” Vasseur added.

“It would have been much better to arrive in Monza with more confidence and more points.

“It’s really a shame because we could have had the two cars into the points.”