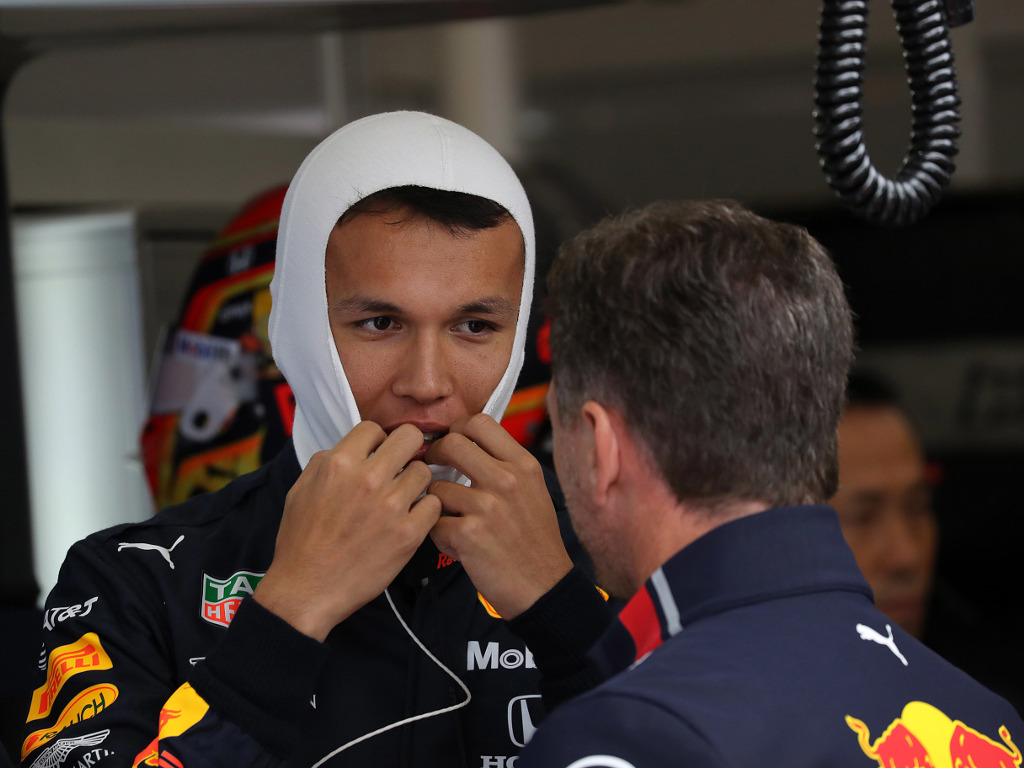 Alexander Albon’s Red Bull is off to a great start after racing from the back of the grid to P5 and earning heady praise from his new team boss.

Albon started the Belgian Grand Prix from 17th on the grid after incurring engine penalties when Honda put their updated power unit into his RB15.

It could have made for a difficult debut but the Thai-British racer seized the opportunity and raced his way into the points.

Albon’s performance went down well with Red Bull especially as one of the reasons listed for Pierre Gasly’s demotion was his inability to pass his rivals.

“I’ve been very impressed with Alex’s performance all weekend and he put in a great recovery drive from 17th on the grid to finish fifth in his first race with us,” Red Bull team boss Christian Horner said.

“He was pretty cautious during the first half of the race as he felt his way into the Grand Prix, but things started to come alive for him on the softer compound tyre and he put in some great overtakes.”

As for Albon, the Thai-British racer was “very happy” with his performance on Sunday but admits there is still work to be done, especially as he struggled at the start.

He said: “I’m very happy. P5 is an amazing result and we’ve got off to a great start.

“I had some good fun out there and I enjoyed this race a lot.

“I started off the weekend very nervous and if you had told me I’d finish the race fifth I’d be very happy, but I’m a bit more relaxed now.”

He added: “There are definitely some areas I need to improve on and over the next few days I’ll get my head down, do some homework and address them for Monza.

“I will sit down with the team and understand why I struggled at the start, but I am still finding out the car’s little tricks and adapting to it.

“I didn’t really feel too much pressure coming into the weekend, I think the media thought I was going to, but I’ve enjoyed my week with the team.

“It’s been a good experience and a different way of working.”