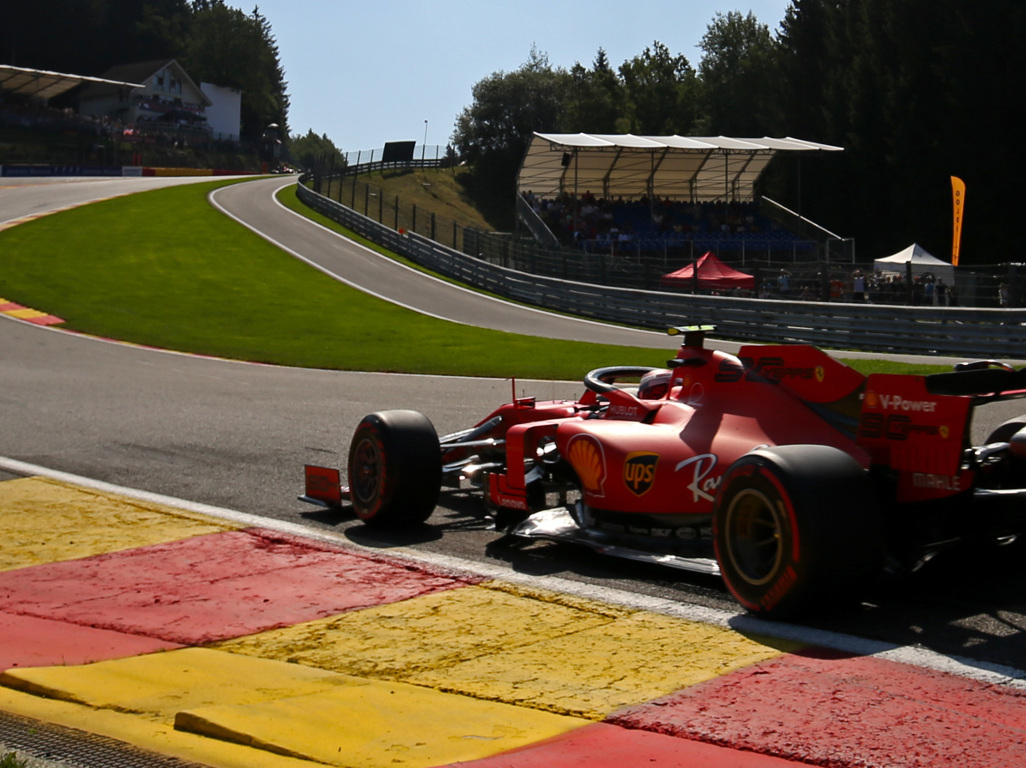 Ferrari lived up to their billing as favourites as Charles Leclerc grabbed pole position for the Belgian GP ahead of his team-mate, Sebastian Vettel.

It was Ferrari’s second front row lock out of 2019.

It was a tense moment for Lewis Hamilton fans as Q1 was green-lighted with work continuing on the Brit’s car following his FP3 crash.

However, he was handed a few extra minutes when Q1 was red flagged as Robert Kubica’s qualifying ended in smoke and fire with an apparent engine failure.

While the red flags were being waved there was drama over at Ferrari as marshals surrounded Charles Leclerc’s Ferrari, blocking the view as others worked on the car.

Q1 resumed 10 minutes after Kubica’s engine failure with Hamilton one of the first on the track in his newly-repaired W10.

The Mercedes driver reported a “small vibration on the front tyres” but continued lapping, laying down a 1:45.260 to go fourth.

The drama then moved to Red Bull with Max Verstappen shouting “problem” over the radio before he pitted with a lacklustre 1:51.8, only good enough for P19.

The Dutchman returned to the track for a second run, taking third off Valtteri Bottas.

The Ferraris were quickest with Charles Leclerc ahead of Sebastian Vettel.

Moments after Verstappen crossed the line the session was again red flagged with 43s on the clock, this time as Antonio Giovinazzi’s Alfa Romeo’s Ferrari engine let go.

Meanwhile Antonio is more of a medium-well guy when cooking with his Italian power unit pic.twitter.com/lQdlYsKlvn

Carlos Sainz was the big loser, unable to finish his final hot lap and qualiyfing down in 17th place. “Ahhhh, that’s a bit of a blow,” said the McLaren driver.

There was a slight delay to Q2 as a result of Giovanizzi’s troubles with the session getting underway with only 14 drivers in the mix.

Unlike in previous Q2s all the drivers, including the front-runners, opted to run the soft tyres given the cooler conditions forecast for Sunday’s race.

Again Ferrari set the pace, Leclerc 0.099s ahead of Vettel, while Hamilton, Bottas and Verstappen mixed it up with Daniel Ricciardo.

Alexander Albon, in his first qualifying as a Red Bull driver and facing a back-of-the-grid start due to engine penalties, didn’t make the cut, finishing 14th fastest.

Q3 began with traffic, traffic and more traffic as drivers, trying to find slipstreams from others, landed up playing games and causing chaos.

So much so that Hamilton locked up while almost rear-ending Bottas as he dived off the racing line as Kimi Raikkonen shot through on a hot lap.

With the games over the laps were laid down with Leclerc again dominated proceedings, a 1:42.644 for the Monaco driver. That put him 0.638s up on Hamilton with Vettel third.

Heading out for a second shot at pole position Leclerc upped his pace to a 1:42.519 while Vettel leapfrogged Hamilton to take second, 0.784s down on his team-mate.

Hamilton was third ahead of Bottas, Verstappen and Ricciardo.