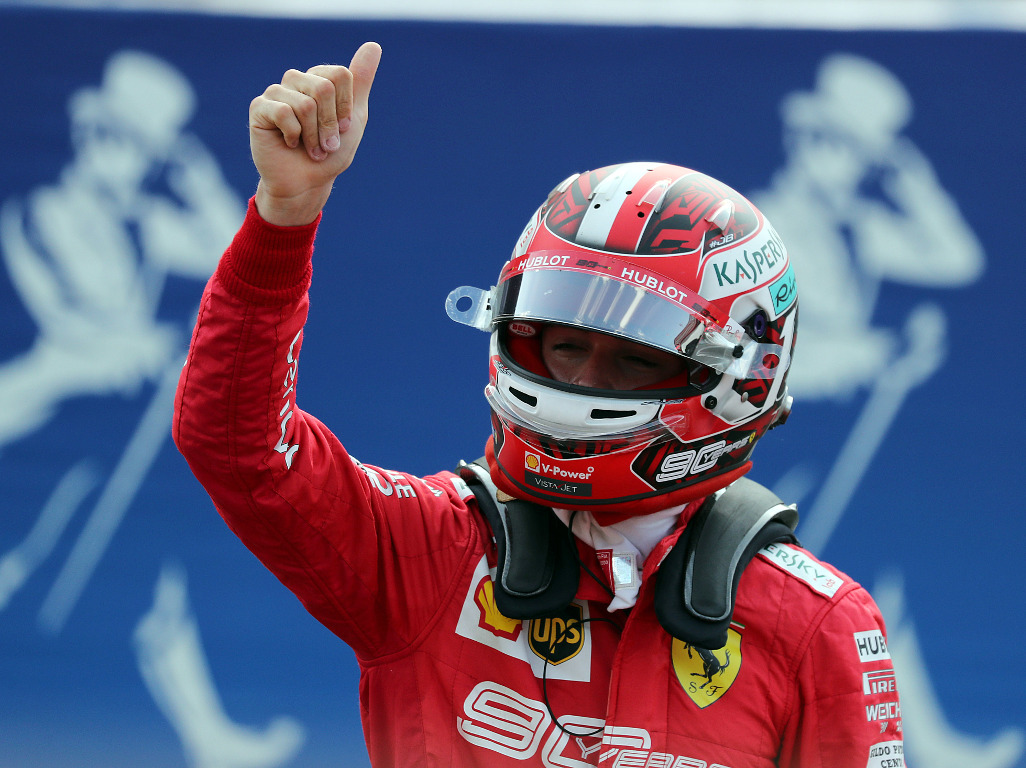 Charles Leclerc reckons giving up on finding the perfect slipstream is what helped him take pole position for the Belgian Grand Prix.

There was a chaos at the start of Saturday’s Q3 as all 10 drivers took to the Spa-Francorchamps circuit trying to line up in the right position to gain a slipstream from the car ahead.

This led to a traffic jam of note, in which Lewis Hamilton almost rear-ended his team-mate Valtteri Bottas as he was forced to dive out of the way for Kimi Raikkonen, who was on a hot lap.

As the first round of hot laps played out, Leclerc was up in provisional pole but it was his second lap, a 1:42.519, that secured him the coveted grid slot as he went 0.7s quicker than Sebastian Vettel.

And he puts that down to telling Ferrari not to bother with the slipstream and rather let him go whenever the car was ready.

“At first I really targeted the perfect slipstream for the first run in Q3,” said the Monégasque driver.

“But after that I felt the tyres were not ready for Turn 1 and I actually lost quite a bit of time.

“For the second run in Q3 I asked to be sent whenever the car was ready, to be alone and try to do the job alone without slipstreams.

“In my opinion, on my car, it felt better to have tyres in the right window than having the slipstream so we went as soon as possible.”

Saturday’s pole was the third of Leclerc’s fledgling career.