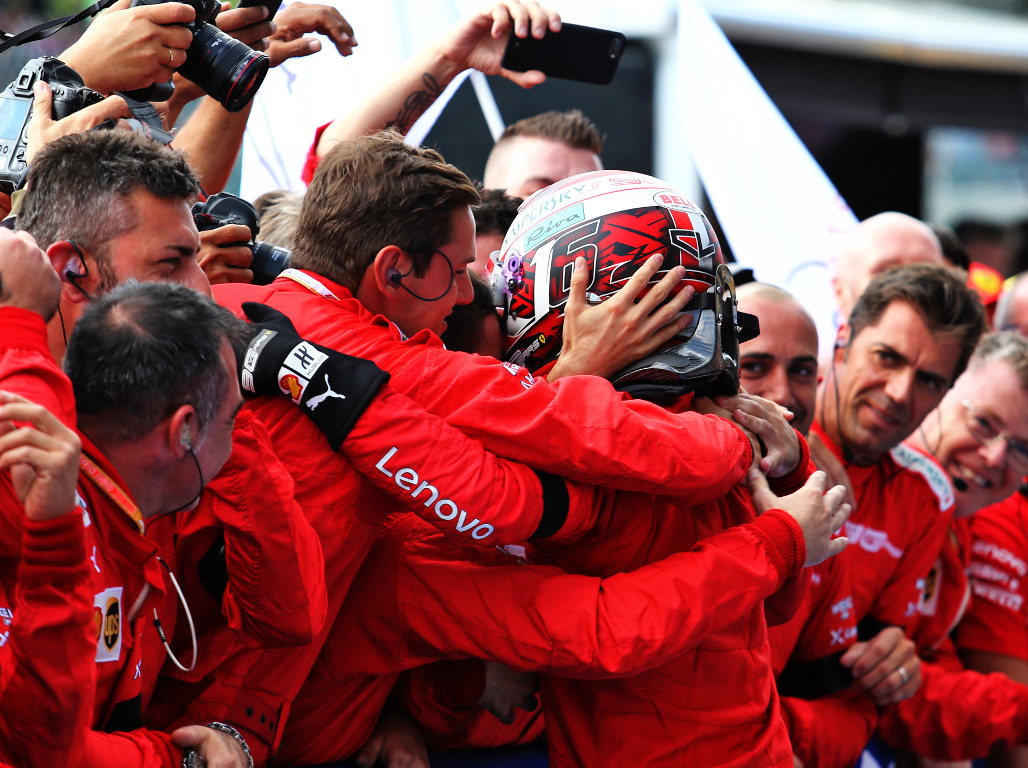 The Monégasque driver started the Belgian Grand Prix from pole position before briefly losing the lead to his Ferrari team-mate, Sebastian Vettel.

On fresher tyres, Leclerc easily cruised up behind Vettel before retaking the lead.

But while it initially appeared as if it would be a comfortable first win, there was pressure from Lewis Hamilton late in the race with Leclerc taking the chequered flag 0.9s ahead of the Mercedes driver.

A subdued Leclerc dedicated the win to Hubert, who tragically died in a F2 crash at Spa on Saturday.

“On the one hand I’ve got a dream since being a child that has been realised, on the other hand it has been a very difficult weekend since yesterday,” Leclerc said.

“We have lost a friend first of all.

“It’s very difficult in these situations so I would like to dedicate my first win to him.

“We grew up together – my first ever race I did it with Anthoine, Esteban [Ocon], Pierre [Gasly].

“I can’t fully enjoy my first victory, but it will definitely be a memory I will keep forever.”

Leclerc had to manage his tyres late in the race having watched as Vettel, who stopped five laps before the race winner and had to stop a second time as he tyres completely let go.

Leclerc says he learned lessons from his Hungarian Grand Prix.

“It has been a very difficult race,” he added. “We struggled quite a bit with the tyres towards the end.

“But [I’m] a lot happier than what I did in Budapest on my side, I managed the tyres better.”