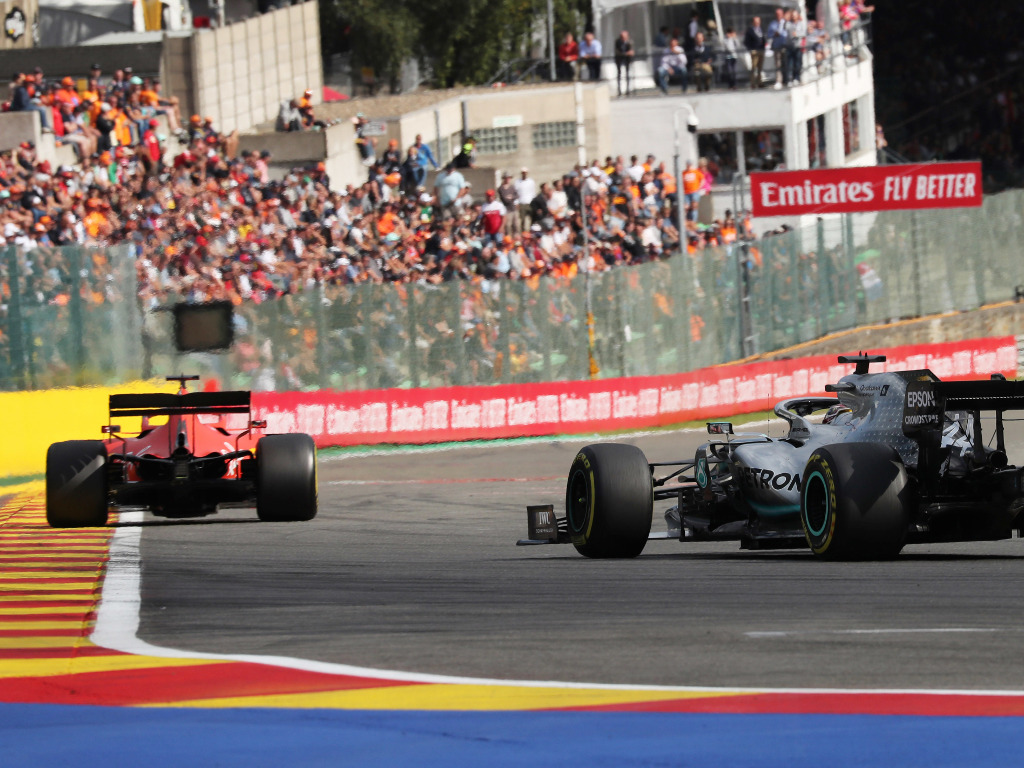 Charles Leclerc insists he was no more nervous than usual as Lewis Hamilton began to close in on him in the final 10 laps of the Belgian Grand Prix.

Leclerc looked to be racing towards a comfortably victory at the Spa-Francorchamps circuit on Sunday only for his Ferrari to suffered higher tyre degradation than Hamilton.

That meant the Monégasque driver began to lose pace while Hamilton closed the gap lap after lap.

It was six seconds but, as they began the final lap, it was down to just over one second.

There were fears amongst Leclerc’s fans that he would once again be robbed at the final hurdle, as he was in Austria when Max Verstappen overtook him for the lead on the penultimate lap.

This time, though, Leclerc was able to hold on, taking his first grand prix win.

“I wasn’t more nervous,” he said when asked if thoughts of Austria had played on his mind.

“I’ve started to get used to being in that situation where I’m first and I’m chased by someone that is quicker.

“Obviously I knew it was Lewis and I knew I could not afford to do any mistakes because he will take the opportunity.

“But yeah, apart from the last lap, he was never really close enough to try something.

“But yeah, as I said, I was just trying to focus on my own job and finish the race.”

Asked if he had suffered “flashbacks” to Austria or whether he believed he has enough pace to get the job done, he replied: “In the position I was, I was just focussing to try and keep Lewis as far as I could from me.

“And then obviously, if there was an overtake, you rarely think about it before, you just try and deal with it once it’s happening.

“I was, as I said, focussing on my own things.

“Trying to fix a little bit the balance issues that we had. I had quite a lot of degradation on the rear tyres.

“I was struggling with that, so I was fully on that to try and gain some pace.”