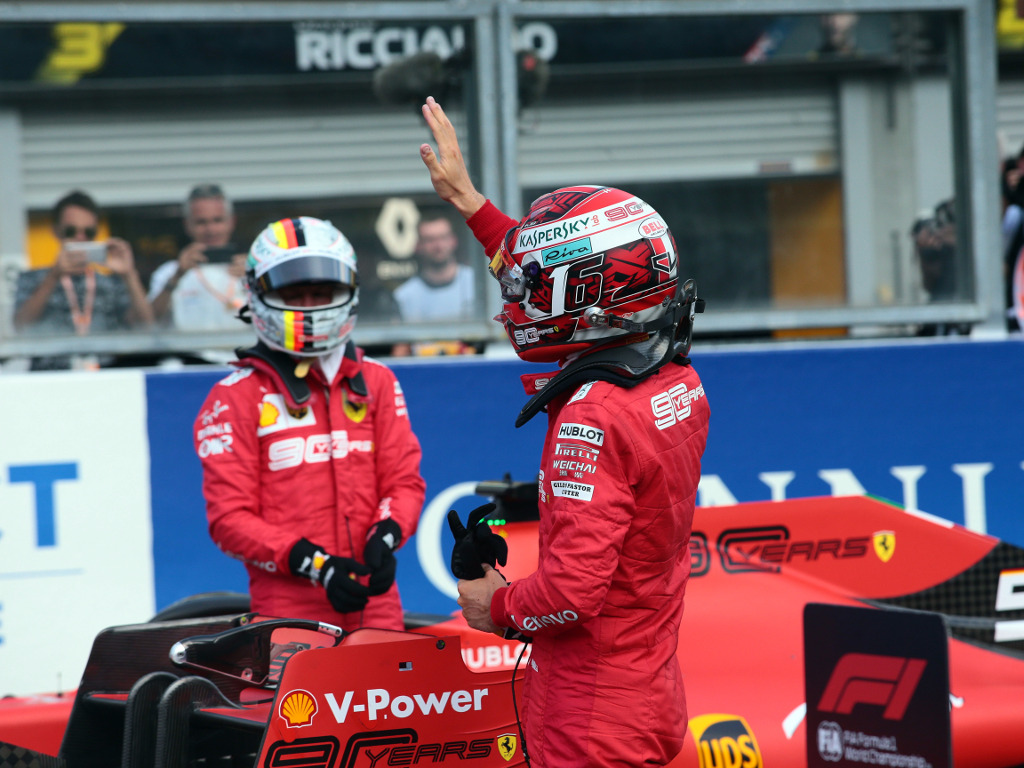 Charles Leclerc is on pole position and Robert Kubica is at the very back, and that’s about all that is guaranteed for the provisional Belgian GP grid.

Seven drivers have been penalised ahead of Sunday’s 44-lap Belgian Grand Prix, all for changing power unit elements while Daniil Kvyat has an extra five for a new gearbox.

Antonio Giovinazzi is the latest to be penalised, handed his on Sunday morning with news that his Alfa Romeo required a new engine following Saturday’s failure in qualifying. He falls to P18.

With Daniel Ricciardo, one of those penalised, having qualified P6 it means everyone from sixth on down has changed places.

The biggest winner is George Russell, up from P19 to P14.

But while the Williams rookie benefitted from the penalties, his team-mate Kubica remains in his usual last spot as an engine failure in qualifying meant he did not set a time. He moves to the pit lane after taking on a new engine and a new front wing assembly.