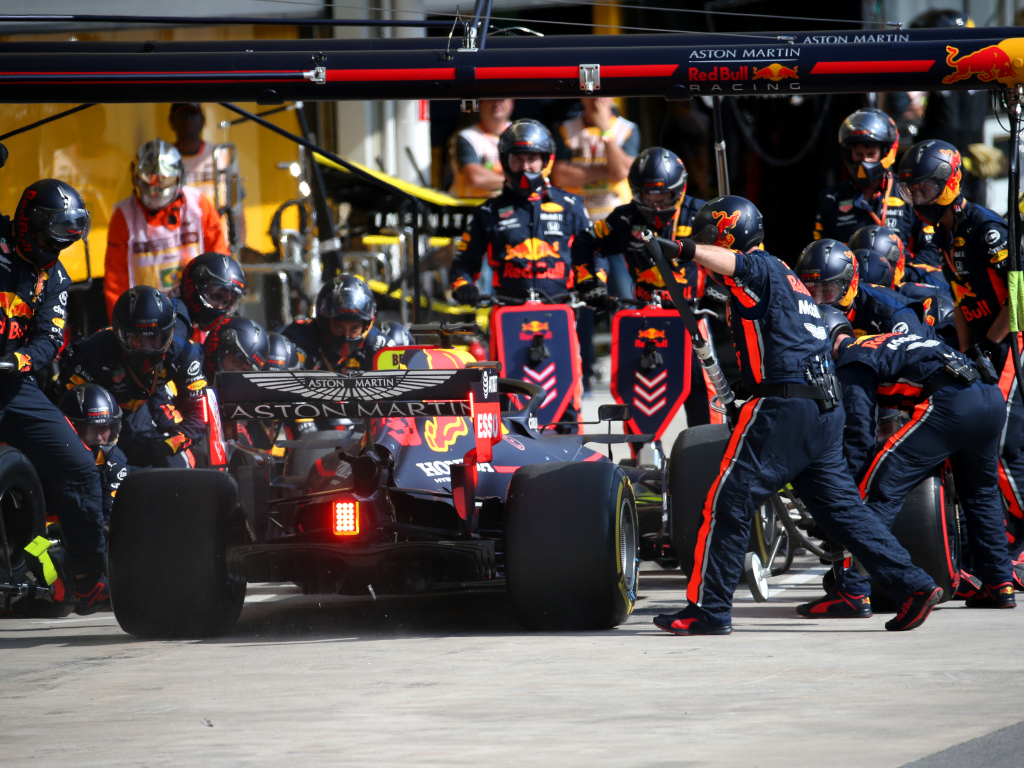 What can you do in 1.82 seconds? Well, if you are a member of the Red Bull pit crew then you can change a set of tyres in 1.82s, which is a pit stop record.

Yes, they only took 1.82s to change Max Verstappen‘s tyres during this weekend’s Brazilian Grand Prix.

Not content with the previous record of 1.88s, which they set at the German GP this year also during a Verstappen pit stop, the Red Bull crew went even lower.

This time they shaved 0.06s off the previous mark.

How long does it take to change four tires? @redbullracing just changed that answer over the weekend.
A race win & a new world record pit stop in Brazil for Max Verstappen and Red Bull 👨‍🔧
And that meant they clinched another DHL Fastest Pit Stop Award! 🏆#F1 #Formula1 #BrazilGP pic.twitter.com/3j1B7eJ0BT

Red Bull and Williams are the only teams to have gone under the two-second mark in pit stops this season with the former achieving the feat five times and Williams doing so twice with Robert Kubica.