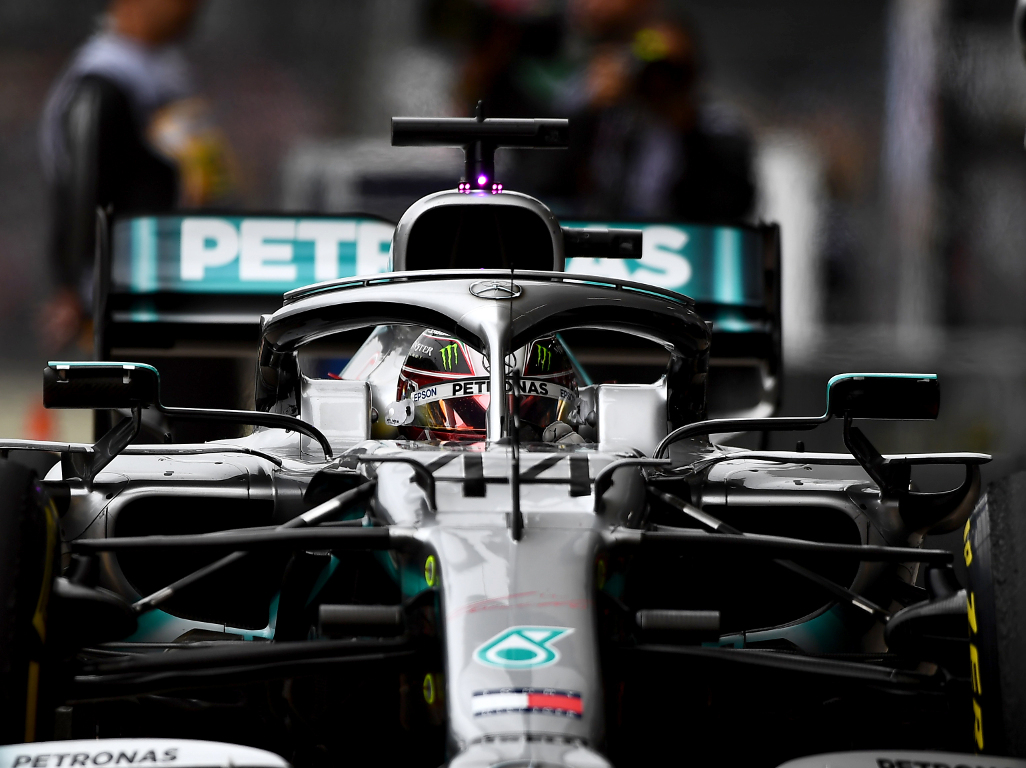 Lewis Hamilton pipped Max Verstappen to P1 in the final practice session for the Brazilian GP, which had the top four separated by 0.35s.

After Friday’s rain, the Formula 1 drivers took to a dry Interlagos circuit on Saturday morning for the final practice session of the Brazilian Grand Prix.

Robert Kubica, whose FW42 is fitted with a new safety cell after his FP2 crash which he blamed on Kevin Magnussen for splashing kerb water onto the circuit, clocked the first lap time of the day 10 minutes into the hour-long session. A 1:13.9 for the Williams driver.

Carlos Sainz and Nico Hulkenberg had a turn up in P1 but that ended as the big boys came out to play.

Charles Leclerc went quickest only to be pipped by his team-mate Sebastian Vettel, who had a special visitor with former F1 supremo Bernie Ecclestone stopping by to say hi.

With the track rubbering in after earlier rain, the times continued to fall as the session progressed.

Lewis Hamilton took over at the top with a 1:09.5 before Max Verstappen joined the party midway through the session, going quickest on the soft tyres. A 1:09.3 for the Red Bull driver.

He upped his pace to a 1:19.0 with the help of a welcome tow from Toro Rosso’s Daniil Kvyat.

But while Verstappen was having fun out on track, Kvyat was not, telling STR: “Ah, this is impossible, the brakes like this!”

Meanwhile Romain Grosjean and Sergio Perez had a battle for track position with the Haas driver complaining that “Perez just pushed me off the track.”

Ferrari were the first of the frontrunners to head out for their qualifying simulations with Leclerc up to a 1:08.6 while Vettel went second, 0.053s down.

Mercedes followed them out, opting to warm only the front or rear tyres with the tyres blankets with Hamilton’s blankets removed roughly three minutes before he took to the track.

Hamilton hit the front with a 1:08.3 but came under pressure from Verstappen. The Dutchman, though, fell short by 0.0.26s.

Leclerc finished the session in third place ahead of Vettel and Alexander Albon, one of Friday’s crashers, while Botta was sixth.

Kvyat was P7 for Toro Rosso ahead of Antonio Giovinazzi, Lando Norris and Sainz.