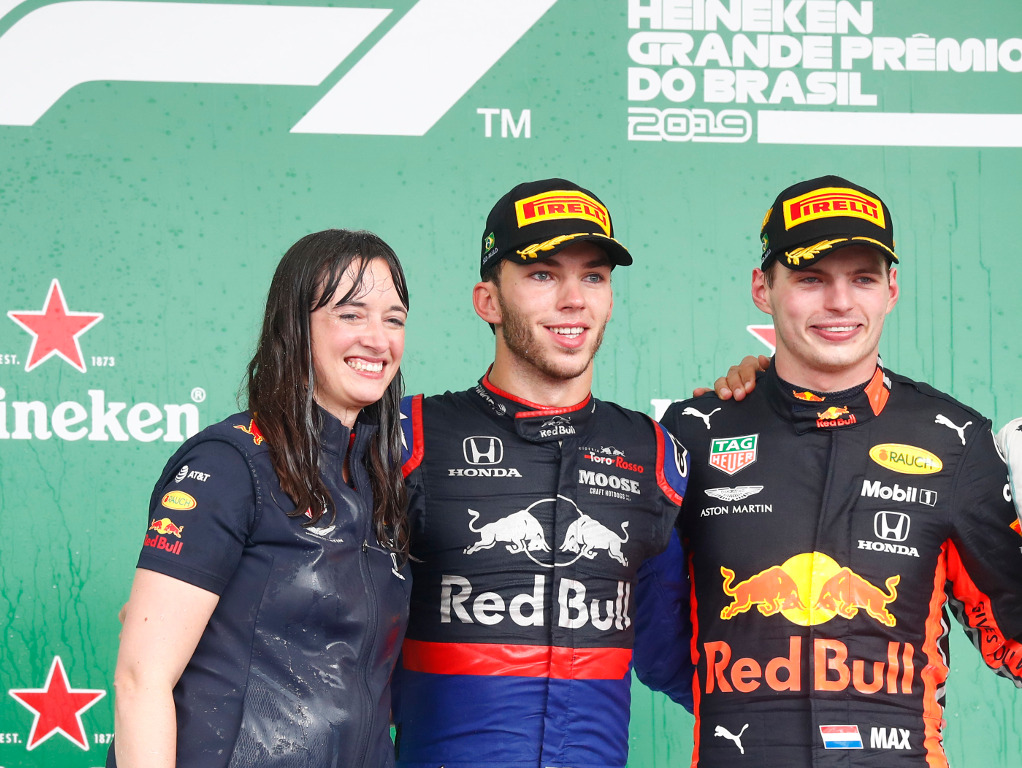 Verstappen started the Brazilian Grand Prix from pole position, dogged lap after lap by Lewis Hamilton as the two covered one anothers’ strategies.

Valtteri Bottas retired from the grand prix, bringing out the red flags and, unlike Mercedes, Red Bull called Verstappen in for a fresh set of soft tyres.

The team opted to sacrifice the lead in order to put their driver on new tyres.

The decision paid dividends immediately as Verstappen overtook Hamilton at the restart to lead the grand prix.

Such was his pace that he went unchallenged at a later restart, racing to the Brazilian GP win.

“All credit to Hannah,” Horner told the official F1 website. “She offered the strategy, her recommendation was to pit.

“It was a bold choice because we knew he’d [Lewis] would do the opposite and it was the aggressive choice and it worked out.

“That’s why I sent her up [to the podium] today. She’s a working mum, she’s driving ridiculous hours to get into work, giving it everything, and that’s real team work.

“It was a fantastic race. Max was not going to give up that win today. We got compromised on the in-lap with the Williams and the unsafe release that happened.

“We had the benefit of the new tyres and he used those on the out-lap and was able to take the lead quickly again and then control the race again.”

The Dutchman had been leading the 2018 edition only to receive a whack from Esteban Ocon as the Frenchman tried to unlap himself.

Verstappen spun and dropped behind Hamilton out on track and had to settle for second on the day.

“A great drive by him and to have to overtake Lewis, he did it the hard way – passed him twice, the strategy was bold. A fantastic job from him today.”