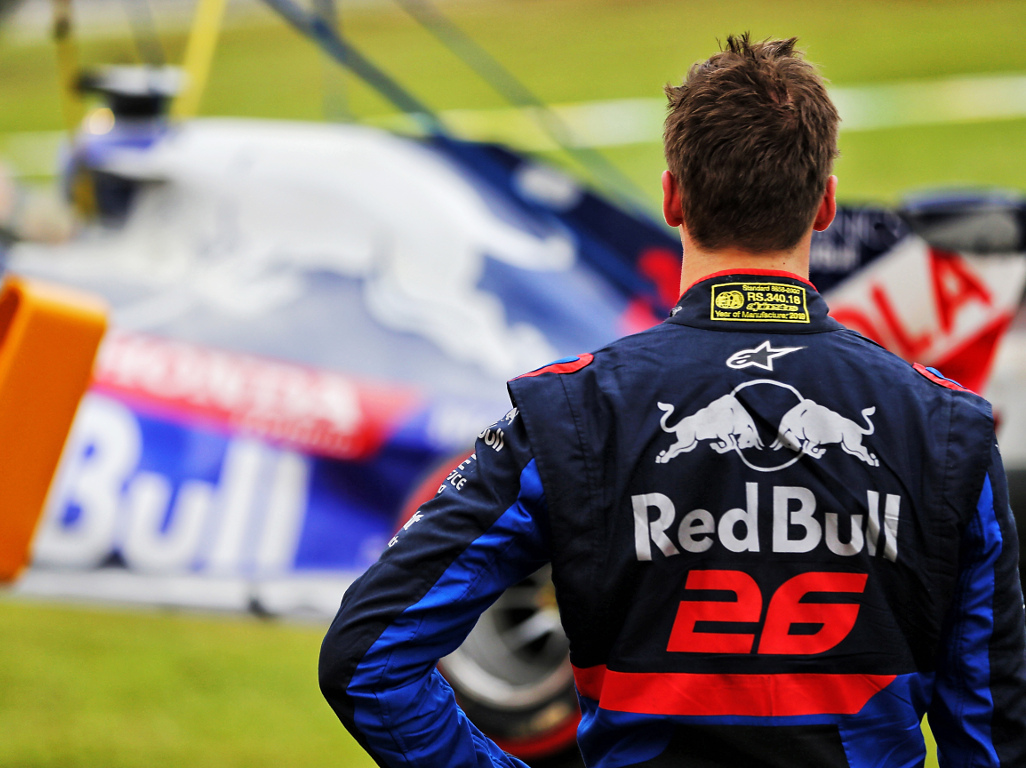 Toro Rosso’s day went from bad to worse at the Interlagos circuit on Friday as first Pierre Gasly and then Daniil Kvyat suffered car troubles, putting them out of practice.

While Gasly’s was an obvious engine issue, the Frenchman coasting to a halt as smoke poured from his STR14, Kvyat’s car shutdown on him.

As a result the Russian drive spun off the track and whacked the barrier at the penultimate corner.

“Something broke in the car, I don’t know exactly what,” he told Autosport.

“The car was out of control and stopped, that’s it.

“I don’t think it’s going to be a big problem.

“Something locked on the rear and I lost control of the car because of that.

“Everything switched off immediately.”

With both cars in trouble, Toro Rosso chief race engineer Jonathan Eddolls says the team has some work to do before Saturday’s final practice for the Brazilian GP.

“Unfortunately, we’ve had an issue on the PU side for Pierre, which cut his long run short,” said Eddolls.

“Then towards the end of the session, there was some problem with Dany’s car where it completely shut down, and it looks like that’s what caused his spin.

“We lost all data and connection, so we have to investigate the cause for it.

“There’s quite a bit for us to work on ahead of tomorrow.”