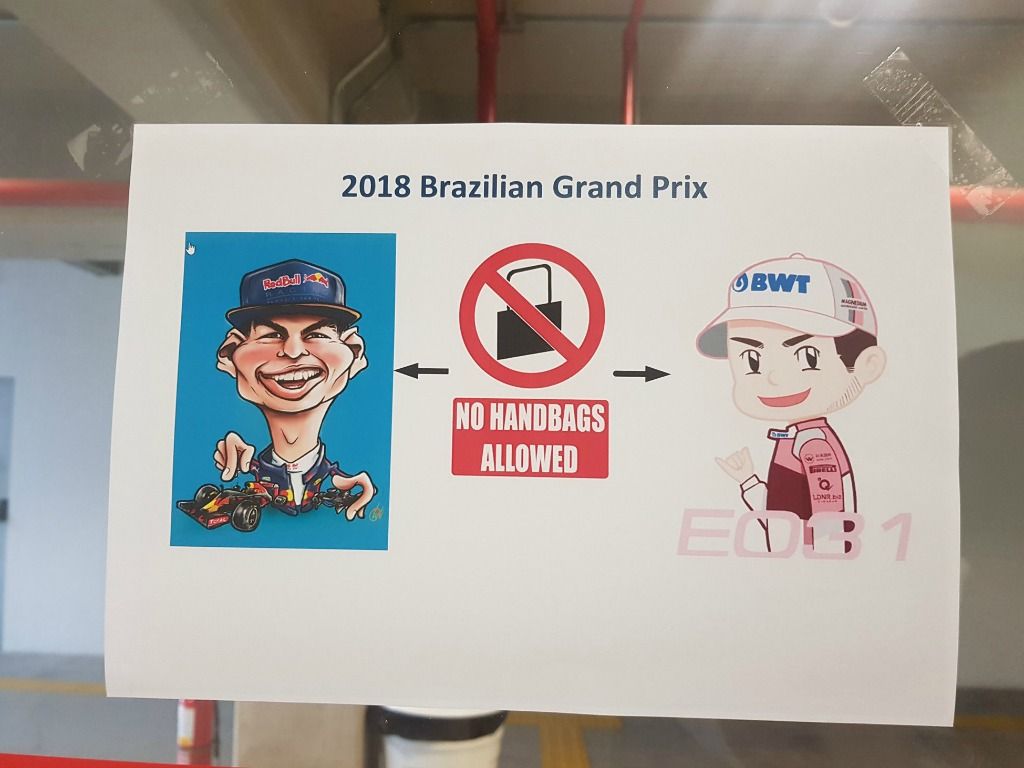 The weighing scales triggered all the action as Max Verstappen and Sebastian Vettel both saw red in Brazil.

Time to take a look at the best bits from the Brazilian Grand Prix, but first…

We have to start with an old interview with Nico Hulkenberg, purely for the answer he gave to this question in one of his Brazilian Grand Prix previews.

We saw the naughty sides of Lewis Hamilton (Sirotkin swerve) and Sebastian Vettel (weighing scale meltdown) in Brazil, but here are a couple of nice moments to help readdress the balance a bit.

Last night I saw this little kid outside my garage and invited him in so I could meet him. He has cerebral palsy, something of which I watched my brother grow up with. I don’t think I’ve ever had such a big hug from somebody. Made my day to meet him. There’s so many amazing spirits out there fighting their own battle one way or another. Keep fighting, keep believing in yourself and that you will improve. Sending you positive energy. 🙏🏾

And Sebastian with his trademark give his cap away to a young kid, especially with him wearing a Mercedes one to begin with.

Hopefully the kids’ ears were covered when Vettel provided Radio Message of the Year. At least he has won something this season…

And just how big was that something between your legs, Sebastian? 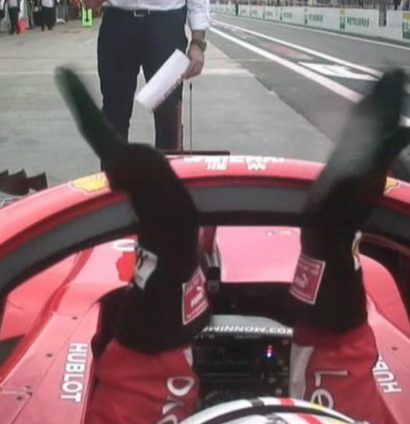 The Ferrari mechanics also did their bit to help with the investigation.
Whilst on the subject of erm, that, Daniel Ricciardo gave us some insight into where on earth “tripping major nutsack” came from in Mexico.

Apologies for those of a sensitive disposition, but I thought this conversation with Daniel Ricciardo yesterday was amusing pic.twitter.com/Ezw8Uk7wAt

Before we head over to Kimi corner, you may not have seen this alternative angle of Vettel and just how much damage he caused to those poor, defenceless weighing scales in qualifying.

We very much enjoyed his sudden change of mind during the post-qualifying interviews. He just couldn’t help himself.

“I don’t think I should say something”

“Well, I think it’s unfair they call us in…”

Vettel got a reprimand and a 25,000 Euro fine for his troubles, this punishment would have been much more entertaining.

BREAKING: Sebastian Vettel has been fined £1,000 to cover the cost of a new set of scales, and has to weigh all 20 cars himself for the rest of the 2018 #F1 season. He'll also have to start tomorrow's #BrazilGP from Rio de Janeiro.

Kimi’s mood has noticeably improved since his future was resolved with a imminent return to Sauber. He continues to be in good form in his interviews and may have just figured out why he is being let go by Ferrari…

Does he read his contracts? 😏

There are still some robotic elements to work on, however…

And Kimi XP anyone?

The most striking image, however, was this. Add to the ever-increasing file of textbook Kimi.

It is I, Leclerc

The real reason why Raikkonen is moving on is he is making way for a very special talent in Charles Leclerc. What about that Q2 lap, eh? Well worth another watch.

And if you don’t know where that quote comes from…

He seriously needs to work on his golf, though…

Just one race to go with Verstappen and Ricciardo as team-mates, we have to savour moments like these…

While Max is certainly savouring his. Cheeky.

And Ricciardo just cannot help himself when he sees Mercedes’ phone, can he? First Malaysia in 2017, now this…

When @danielricciardo steals your phone… 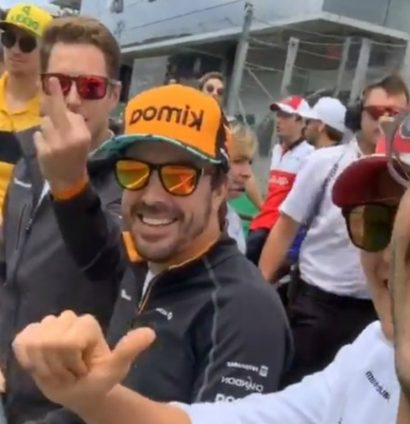 You will have all seen the argy bargy between Max Verstappen and Esteban Ocon in the weighing room. You may not have heard the full radio message that Max gave after the race. He was coming for him…

Verstappen said, in more explicit terms than we will share, that Ocon was weak in their confrontation. We’re not sure, he had to have pretty large cajones to go on Dutch TV with this look. 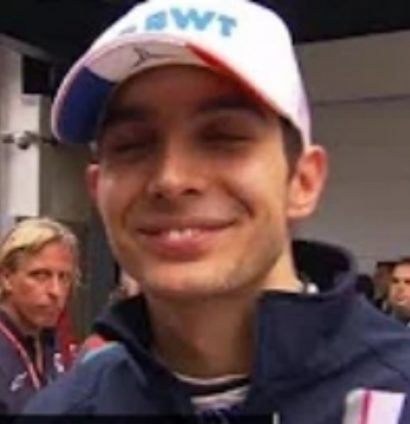 Not everyone saw the funny side to their collision, but at least some did…

Just saw this at the entrance of the FIA offices – hilarious! #F1 #BrazilGP #Verstappen #Ocon pic.twitter.com/JVHwYeOKjj

What if… Pre-race intros made no sense? #BrazilGP #F1 pic.twitter.com/VRHE4dw9EP

You have to have your wits about you at every track. You never know who is lurking… 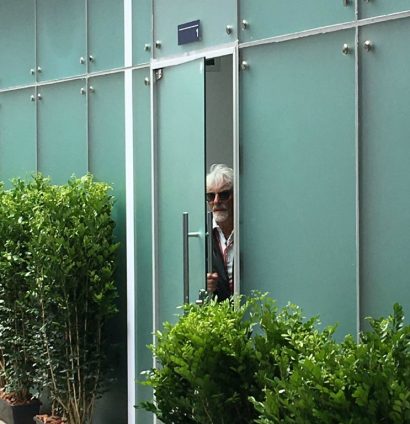 wtf who is the guy on the right?? 😳😳 https://t.co/aInsmgGJJT

And if you are not following ex-Caterham driver Giedo van der Garde on Twitter, then you are missing out.

No words needed this time, just this: 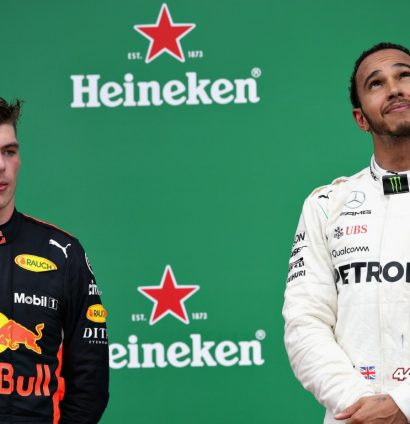 One race left to go…