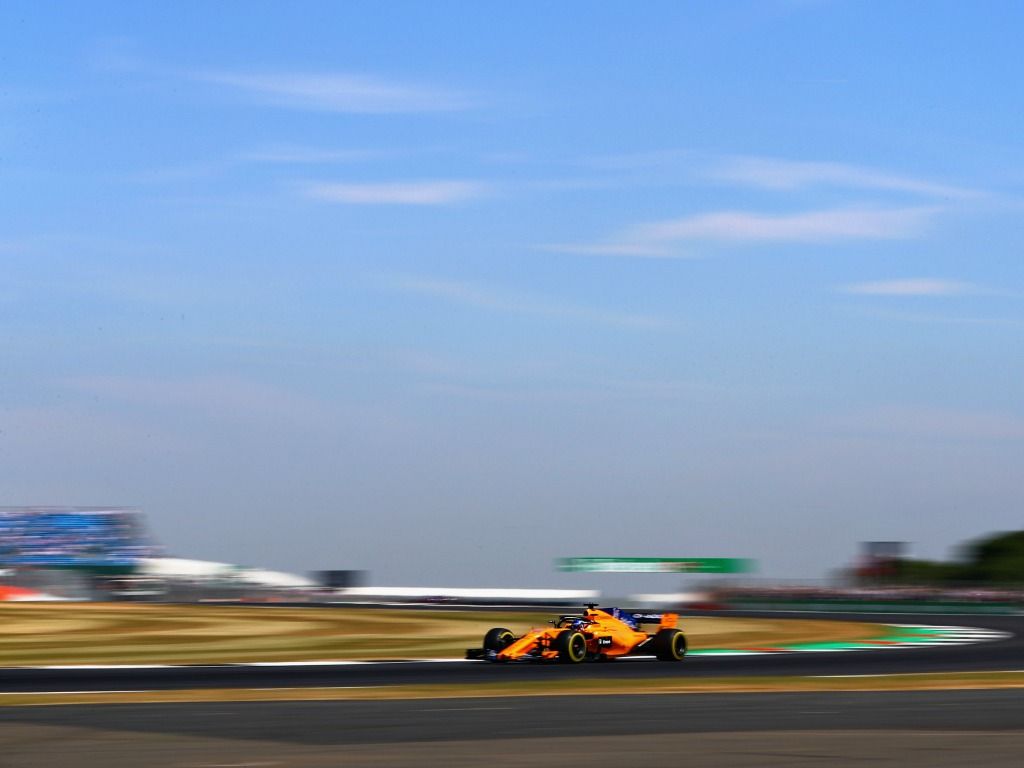 Fernando Alonso is happy with how his McLaren is behaving around the Silverstone circuit, having finished P6 in FP2 on Friday afternoon.

The Spaniard was ‘best of the rest’ in the second practice session, and was elevated to P6 with Max Verstappen not setting a time.

The two-time World Champion believed that it was a good day for the team, and that things are looking up for McLaren.

“It was definitely a positive Friday for us,” Alonso said.

“We tested several items for future reference, which meant we sacrificed some track time in FP1 for that. In the second session, the car behaved well and we did some tyre tests, but clearly the car is quite similar to how it was in France and Austria.”

The Spaniard also said that he expected the midfield battle to be as close as always, and that it could go either way come qualifying.

“In the last 11 days we raced three times, so the performance and the power shouldn’t be too different to what we saw in the last couple of weeks, which means tomorrow it’s going to be tight in the midfield,” he continued.

“Two tenths can completely change your qualifying, as you can be out in Q1 or you can be seventh,” the McLaren man added. “Hopefully we are closer to Q3 than in the last few races, but everything remains to be seen tomorrow.”

Alonso also said that the track surface was better than others have noted, including Lewis Hamilton and Carlos Sainz, who both said the new surface was very bumpy.

“The track is in good condition, in good shape; the asphalt is better, less bumpy, and has more grip,” the Le Mans winner continued.

“The third DRS zone probably gives us an opportunity to race as well, and the weather is great, so I think we have all the ingredients to see a good race.”