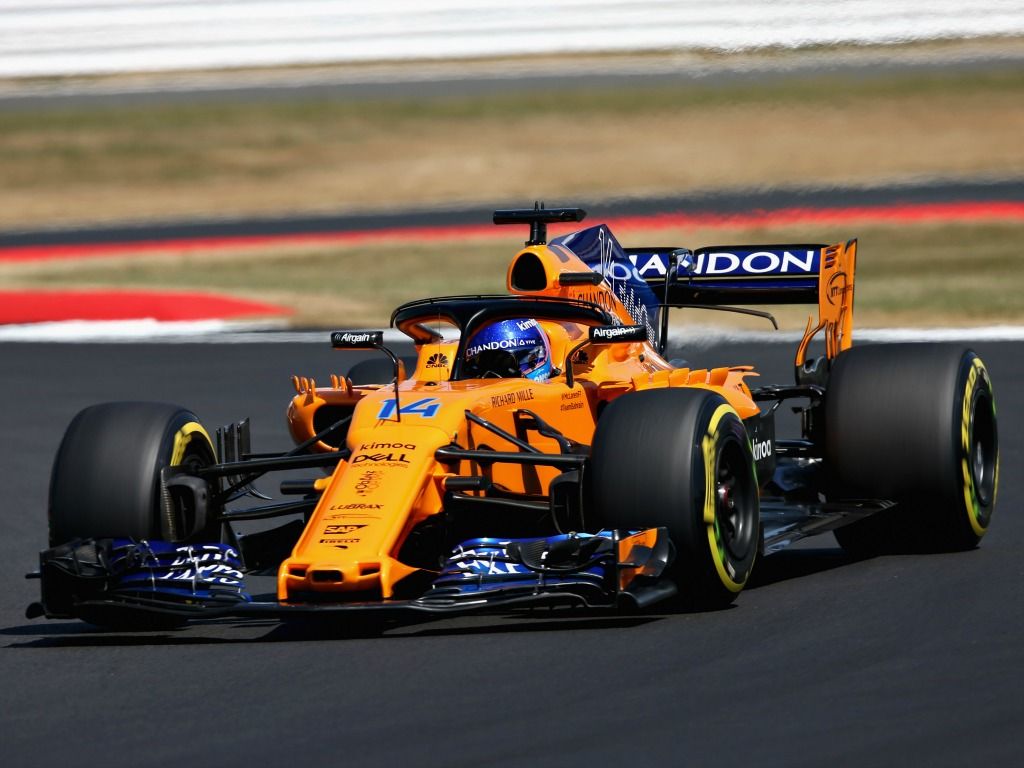 Fernando Alonso has said that Saturday afternoon was his best qualifying session of the year for McLaren, despite the fact he failed to get into Q3.

This is despite he could only put his MCL33 into P13 for Sunday’s race at Silverstone, a track he has won at twice in the past.

“I think today was without a doubt the best qualifying of the year and the best weekend overall,” Alonso said.

“All of Saturday has gone well and we were very competitive given our possibilities, obviously. So I’m happy and hopefully tomorrow we can score some points.”

The two-time World Champion said that the team expected to have some issues as the track did not suit them, but said that they managed those problems well in qualifying.

“The position is more or less the same as always, but it’s a long track with a lot of downforce demands,” the Spaniard added.

“We knew the problems we could have here so I think we managed to pull a complicated qualifying through with a good position and starting from the clean side [of the grid].”

However, despite the positives, Alonso maintained that there will be no improvements until the MCL33 gets more much needed upgrades.

“Overall, I’m happy, but we know our limitations, which are the same as in France and Austria, because the cars are still the same,” he continued.

“Hopefully in Hockenheim we can have some updates and in Hungary again. We know we still need some tenths to be up there with Haas and even Sauber, which is now at Haas’ level.”

Alonso out-qualified his team-mate Stoffel Vandoorne for the tenth straight race, to start in P13, while the Belgian will start in P17.