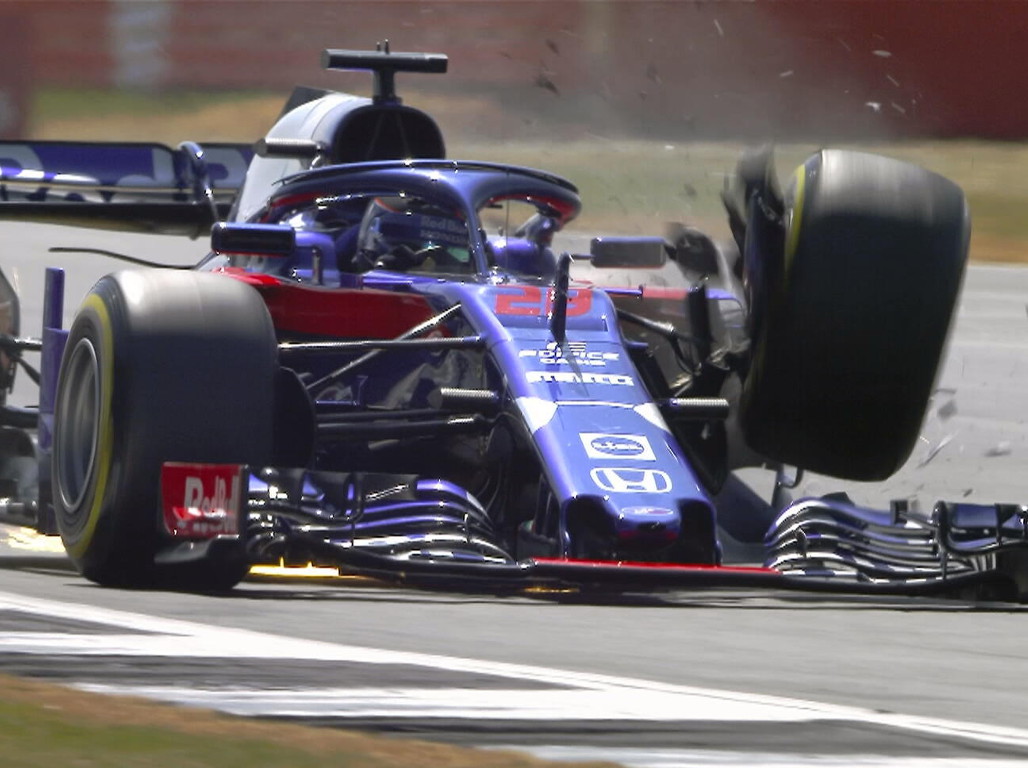 Brendon Hartley walked away from a huge crash in final practice for the British GP, lucky that his STR13 didn’t flip as he hurtled through the gravel after a suspension failure.

Look who’s back, back again…

.@RGrosjean keen to make up for losing all of Friday’s #FP2 to a chassis change. Gets his #FP3 program running now on the soft rubber. #HaasF1 #BritishGP pic.twitter.com/ik0v1EMalj

McLaren’s new powers-that-be, Gil de Ferran and Andrea Stella, watch on from the pit wall as Stoffel Vandoorne put in the first lap of the session but did so extremely slowly. Perhaps a data run given the flo-vis all over his MCL33. 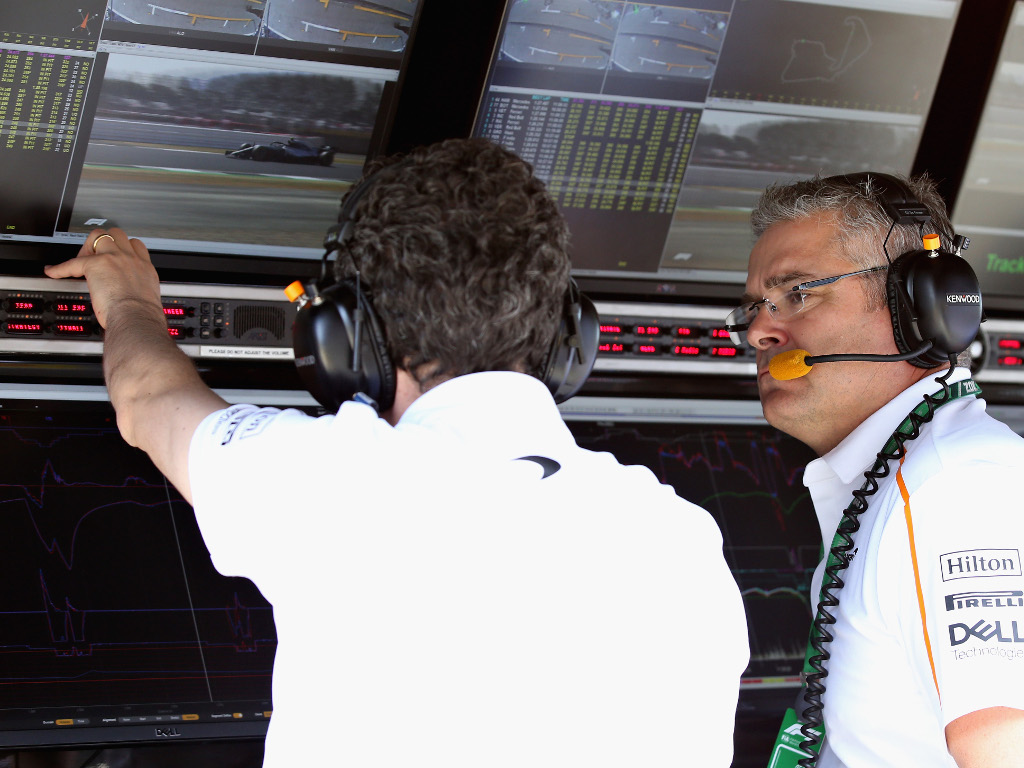 Club corner got a minor addition overnight to stop the drivers running wide.

Nico Hulkenberg is one of several drivers running new engine parts this weekend after his Renault power unit failed at the Austrian GP. Fernando Alonso took a new engine prior to FP3. 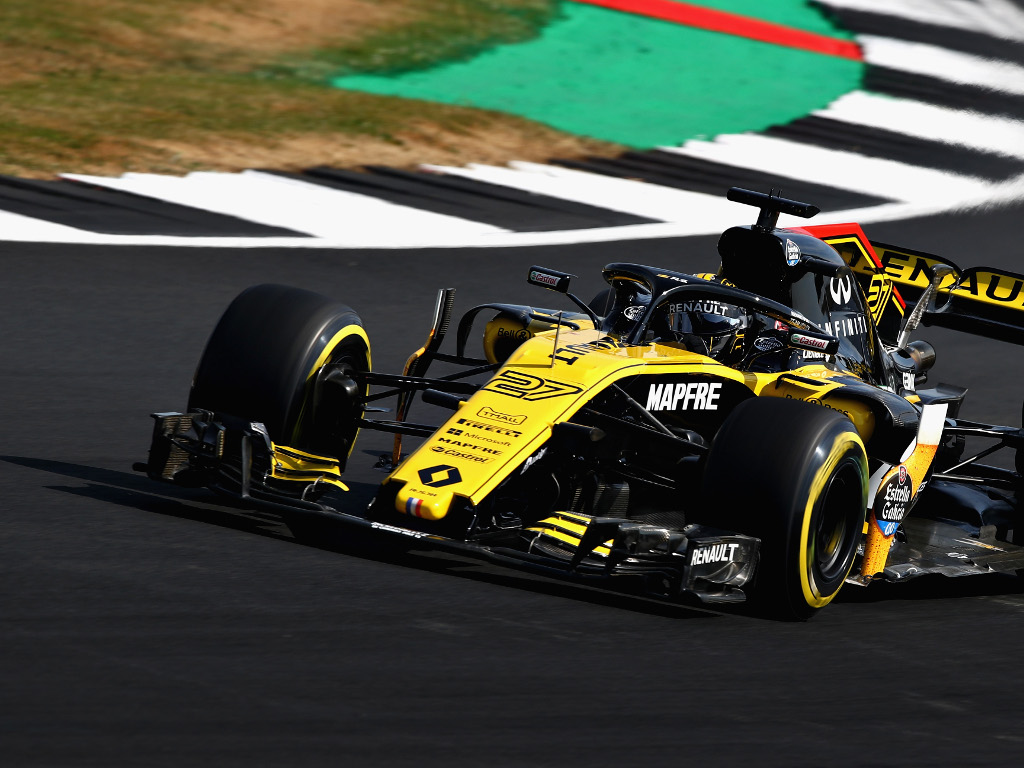 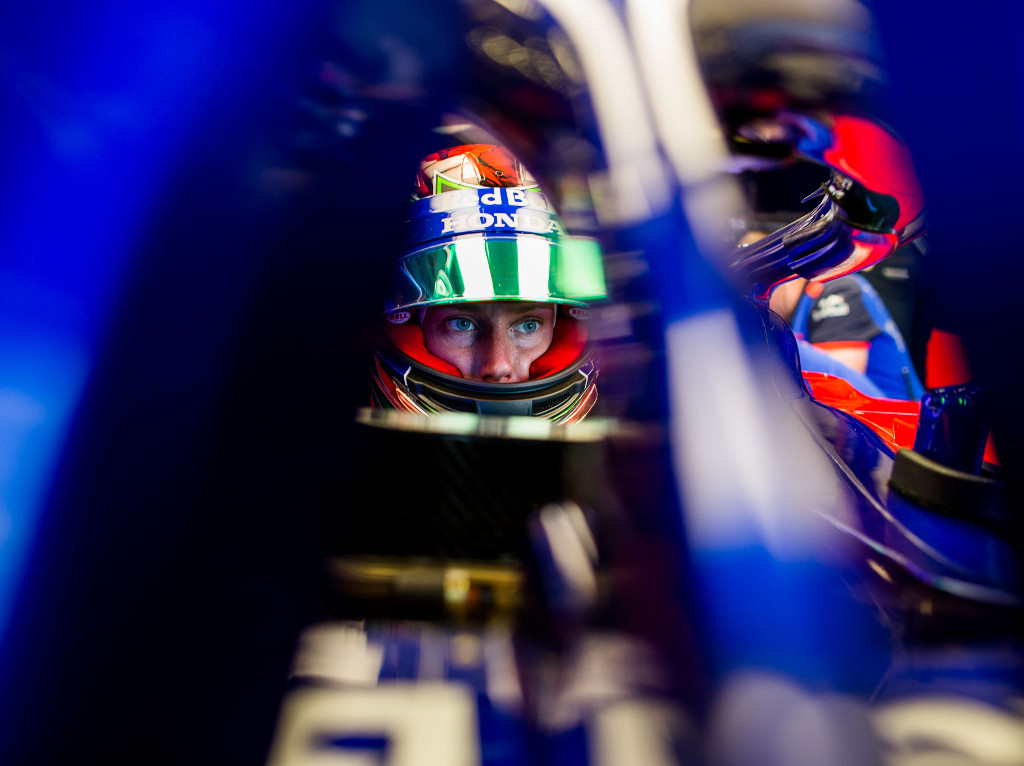 It didn’t end that way…

The start of the incident as his suspension broke…

Sebastian Vettel followed up his Friday P1 with a fourth placed finish. He did just 8 laps. 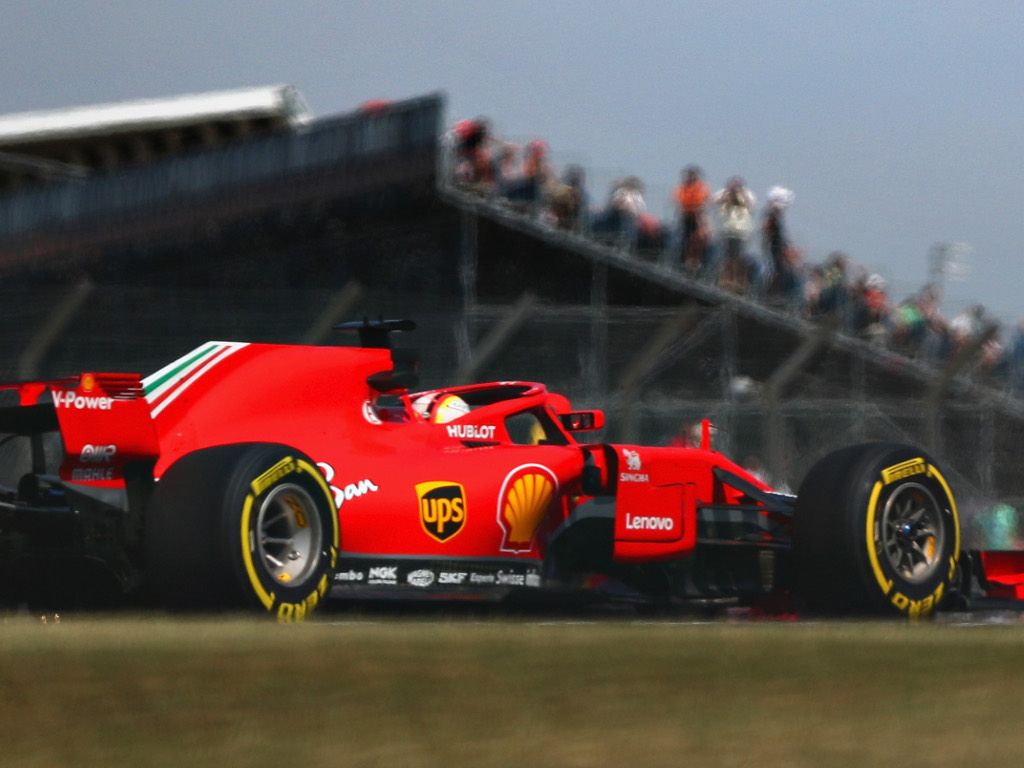 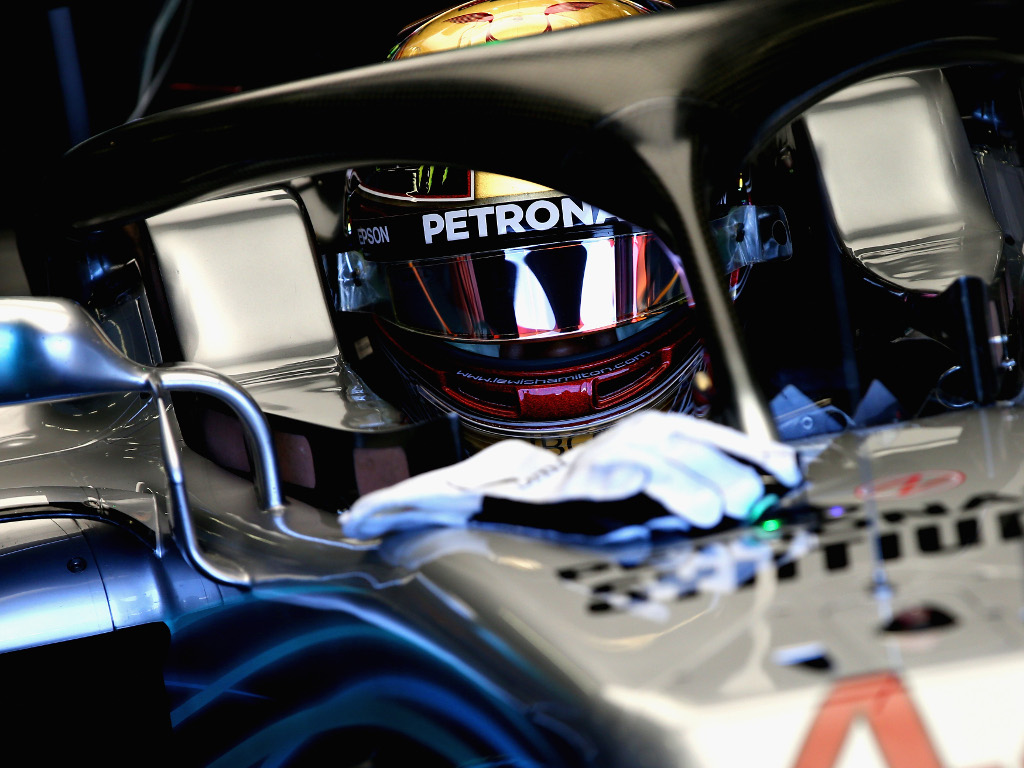 Shortly before qualifying started, Toro Rosso confirmed Brendon Hartley would not be able to compete. He is ok, but the car isn’t…

Going to be a tough qualifying coming up with just 4 laps under the belt in final practice for Pierre.

Unfortunately due to the tight turnaround between sessions, we won’t be able to prepare @brendon_hartley’s car in time for qualifying #F1 #BritishGP pic.twitter.com/p2mcxXL1ti

It also emerged that Vettel’s limited running in FP3 was due to a strained neck. He was fit enough to take part in qualifying, though. 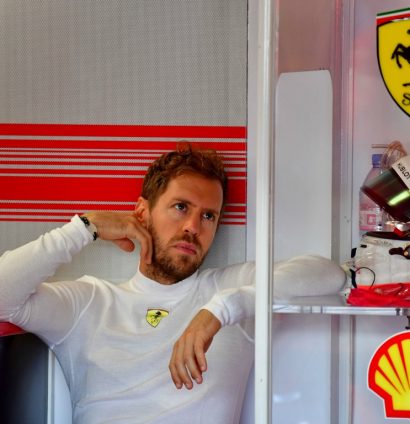 Q1 was red flagged after just a few minutes as Lance Stroll crashed out at Brooklands. The delay meant qualifying would over-run into England’s huge World Cup clash against Sweden. 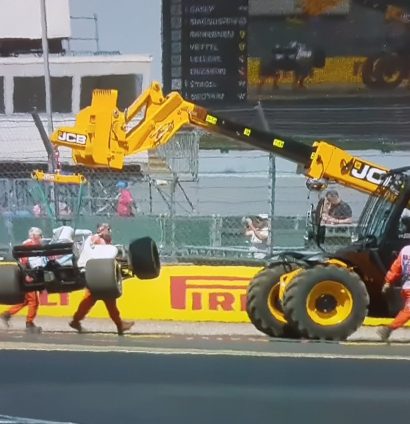 It was yet another Q1 session to forget for Williams as Sergey Sirotkin joined Stroll in the gravel trap moments later. He was also placed under investigation for not returning to the pit lane in red flag conditions.

More Q1 problems for @WilliamsRacing @sirotkin_sergey comes off at Stowe but has managed to limp back to the pits #BritishGP 🇬🇧 #F1 pic.twitter.com/Xn9yUba3Lh

Joining Stroll and Sirotkin out of Q1 were Stoffel Vandoorne and Carlos Sainz, the latter saying that he was caught in traffic. 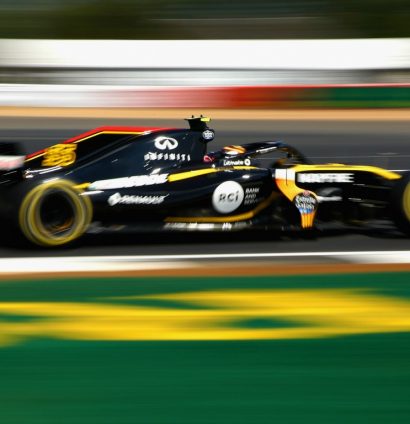 Heading into Q3, Hamilton was the man to beat – but only a tenth separated himself and Vettel.

Vettel silenced the home crowd after putting himself on provisional pole with a 1:25.936 – 0.057 seconds quicker than Hamilton. 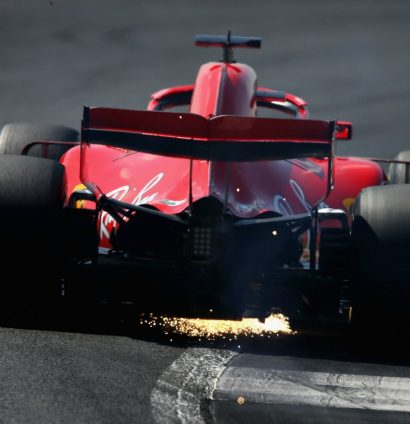 But Hamilton engaged ‘Hammer Time’, pipping Vettel by 0.44 seconds with Raikkonen only 0.098 seconds away himself!

It's his fourth pole in a row at Silverstone and 50th for Mercedes!#BritishGP 🇬🇧 #F1 pic.twitter.com/n77mv0Z1th