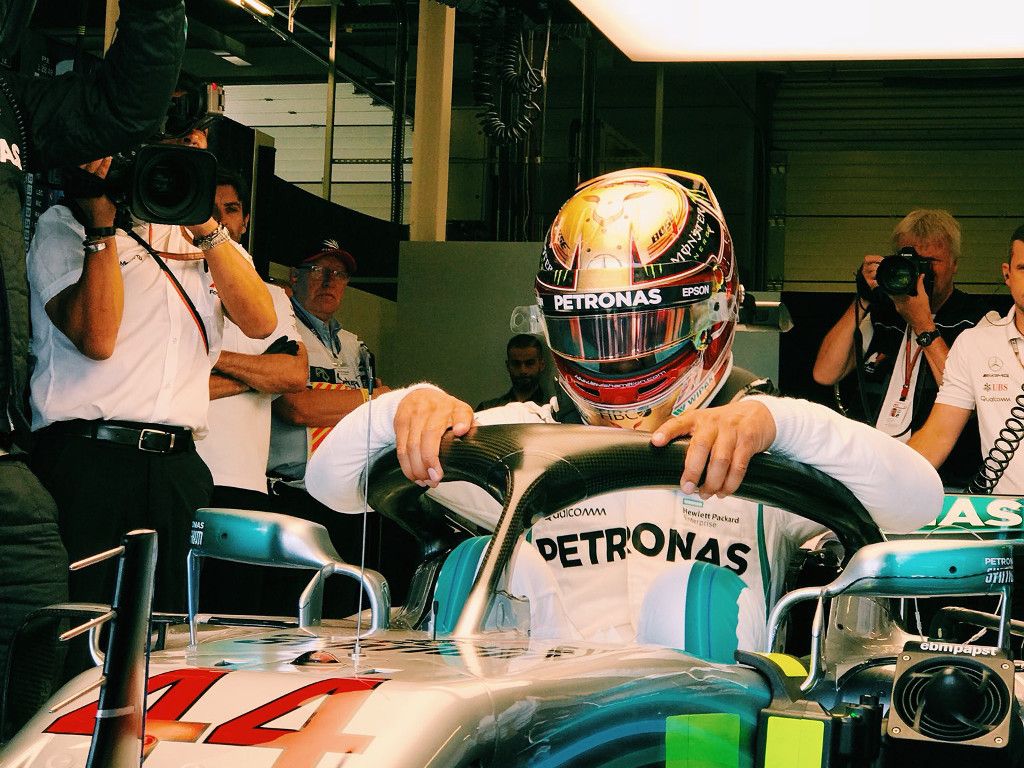 Lewis Hamilton set the pace in Friday’s first practice for the British GP while Romain Grosjean played with his DRS through the new zone – and crashed.

The session began with a brief moment of concern for Valtteri Bottas as he was unable to leave the pits on his first attempt. The Finn was pushed back into the Mercedes garage but a few minutes later was out on track and laying down the laps.

It was Max Verstappen who held down P1 through the early part of the session, a 1:29.469 for the Dutchman, who did take Turn 1 flat-out and with DRS open. The Ferraris were second and third.

Sebastian Vettel took over at the front as the Mercedes came out to join the party. However, neither Lewis Hamilton nor Valtteri Bottas were able to put in a completely error free lap as they pushed the limits, and played with the DRS flap through Turns 1 and 2.

Hamilton was not entirely happy with the newly resurfaced track and reported: “This is the bumpiest track I’ve ever been on.” He still went quickest, a 1:28.908.

At the 40-minute mark it was Hamilton by 0.336s up on Vettel. Verstappen was a further two-tenths off the pace.

Heading out for a second run on new soft tyres, Bottas went quickest with a 1:28.143 while Hamilton upped his pace but lost out on P1 by 0.01s.

Bottas upped his pace before session was briefly slowed by a Virtual Safety Car, the result of Romain Grosjean crashing at Turn 1.

Like many others, he was trying to find the optimum way to use the DRS through the new zone and lost his Haas. He slid through the gravel and slammed into the barrier.

Bottas finished second fastest, 0.367s down, while Sebastian Vettel was third quickest ahead of Daniel Ricciardo, who ran the hard tyres, Raikkonen and Max Verstappen.

The Dutchman set his best time on the hard Pirellis but was forced into an early shower with an apparent gearbox problem five minutes before the end of FP1.

Grosjean despite crashing was best of the rest ahead of Sergio Perez, Esteban Ocon and, wait for it, Lance Stroll.

There was an issue between Fernando Alonso and Kevin Magnussen during the session as they went wheel-to-wheel with the double World Champion wanting McLaren to let the stewards know that the Haas driver tried to hit him, twice.

Meanwhile Sergey Sirotkin was the first driver in trouble in FP1 as he spun off at Club, eating dirt through the kitty litter.