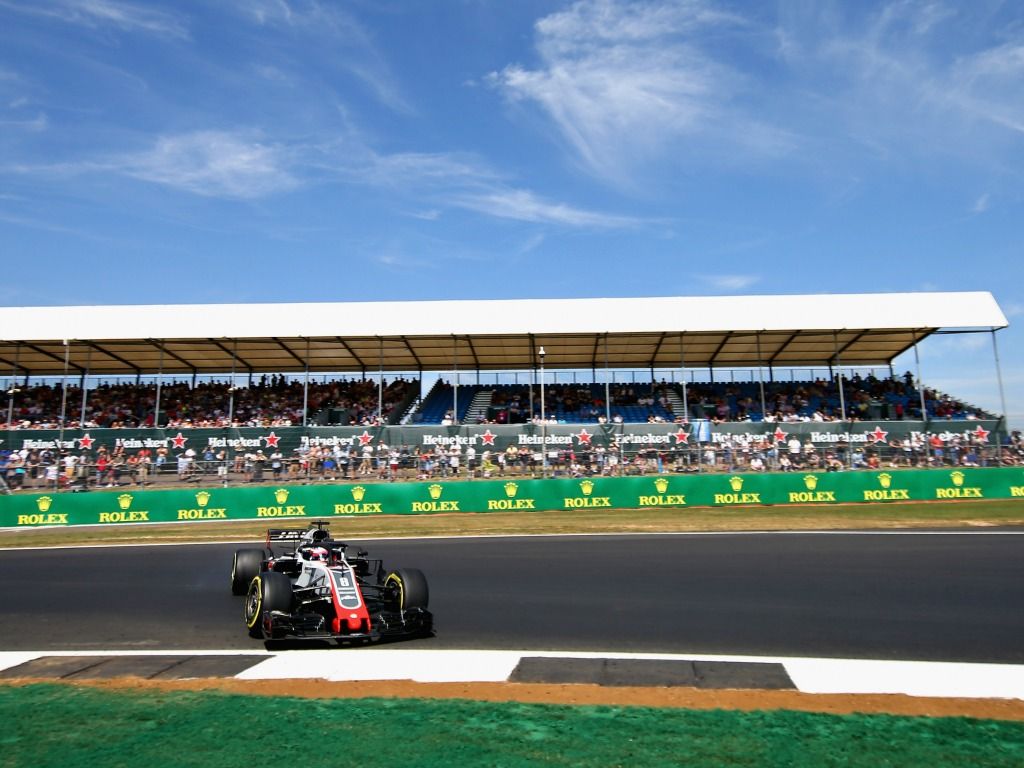 Romain Grosjean has said that he is ready to fight back on Saturday after crashing in the first session of the British Grand Prix weekend.

The Frenchman lost control of his Haas going through Turn 1, where the use of DRS is permitted for the first time, after failing to close his rear wing.

With a lack of downforce, he spun his VF-18 and ended up hitting the barriers on the outside of Abbey during Friday morning’s practice session.

The Haas man said that he was just too late on closing the DRS, which caused him to spin off the track at the first corner.

“The car was fast this morning and I closed the DRS a bit too late on that lap,” Grosjean admitted. “The aero flow didn’t recover and I lost the rear end. It is a shame, obviously we wanted to run [in] FP2.”

Grosjean had to sit out the second practice session at Silverstone as the Haas mechanics changed the chassis of his car.

Chassis change required for @RGrosjean after his #FP1 crash.

He will not participate in #FP2 this afternoon. 😢

Despite the incident, the Frenchman believes that he will be clued-up for FP3 and beyond thanks to his team-mate’s data from the second session.

“I have been watching Kevin [Magnussen] quite a lot and seeing what he is doing. I think we can do better for tomorrow, but the pace was good this morning, the car felt good, so tomorrow should be alright,” Grosjean added.

The Frenchman comes into the weekend having scored his first points of the season in Austria, as the team secured a record 22 point haul for P4 and P5 at the Red Bull Ring last weekend.

It was a day to remember for the @HaasF1Team

The Haas team will be aiming for a repeat of their 50th grand prix heroics this weekend, as they aim to keep the ‘best of the rest’ crown for another race.