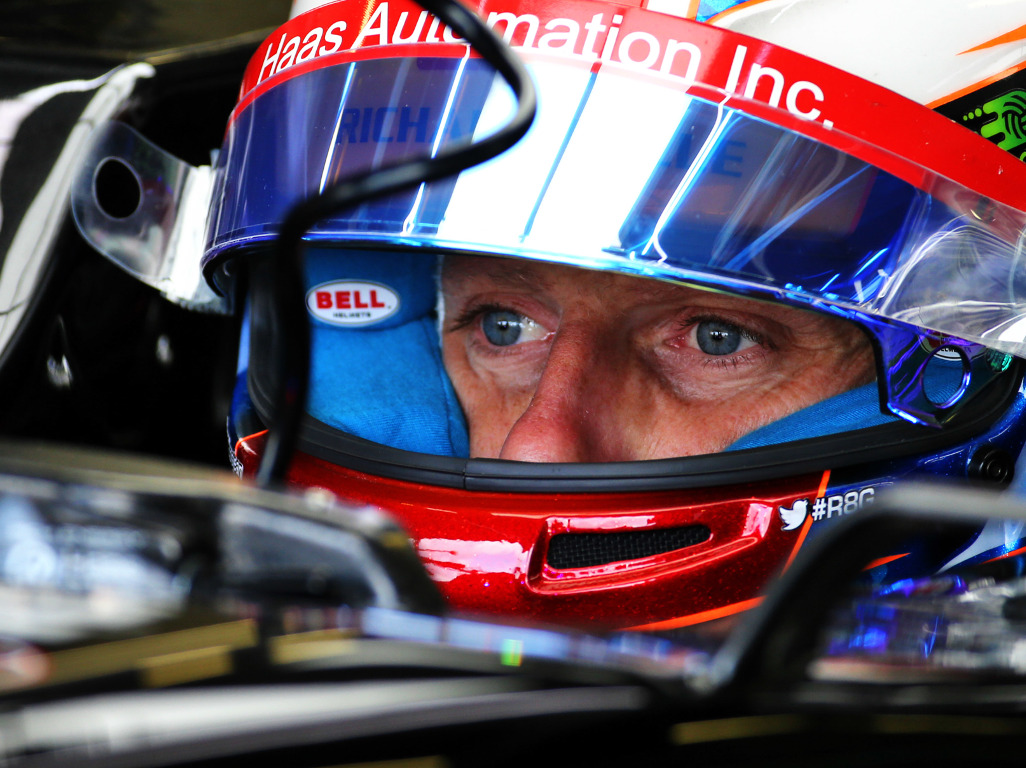 Romain Grosjean suffered an embarrassing crash at the start of Friday’s action at the British GP when he lost his front wing on the barriers at the pit lane exit.

The Haas driver arrived at Silverstone hoping to recover from the team’s recent troubles, even reverting to the team’s Australian GP specification in order to find a solution.

However, his day got off to a rather embarrassing start.

Heading out of the pits, Grosjean misjudged the grip levels, lost the rear of his VF19 and clipped the barrier, losing his front wing.

Spun by the impact, he was forced to briefly drive the wrong way down the pit lane to find space for a U-turn.

He then had to exit the pits and complete a lap before pitting for a new front wing.

He explained: “Cold tyres, and then I switched off the pit limiter. I was surprised by the lack of grip, the car just went around.”

Grosjean’s troubles didn’t stop there as once up and running, he spun.

We are back on track, well almost…

Romain Grosjean is having a trying start to his race weekend #BritishGP 🇬🇧 #F1 pic.twitter.com/9XL85tV7Uy

“On my first lap out, the grip was outstanding through Turns Three and Four and I was expecting the same at Turn Six but it wasn’t quite there,” he told formulaspy.

“I spun and when I came back in, we changed the differential a little and it was much better then.”

Grosjean’s FP2 wasn’t much better, although this time it wasn’t driver mistakes but a hydraulic problem that reduced his running.

Although he covered just 26 laps and finished P18, he insists he is much happier with the feel of his Haas.

“The feeling on the car is good, the way it was at the start of the season which I was really happy with but obviously, there’s performance missing as it’s an old package.

“But it’s a positive feeling, which is good, but there are limitations which we knew we’d have. Some are with the wind, which was pretty strong today, and we’re paying a little bit of a price there.

“For the team, it’s very interesting to look at the data and try to understand the feeling of the car from what me and Kevin say.

“The feeling is very good in the car, much better than it has been recently, which is great.

“I think the performance is not quite what we might expect, especially with the wind which is a big factor for our package. But the feeling is very good and we need to translate the feeling into the new package and then into performance.”