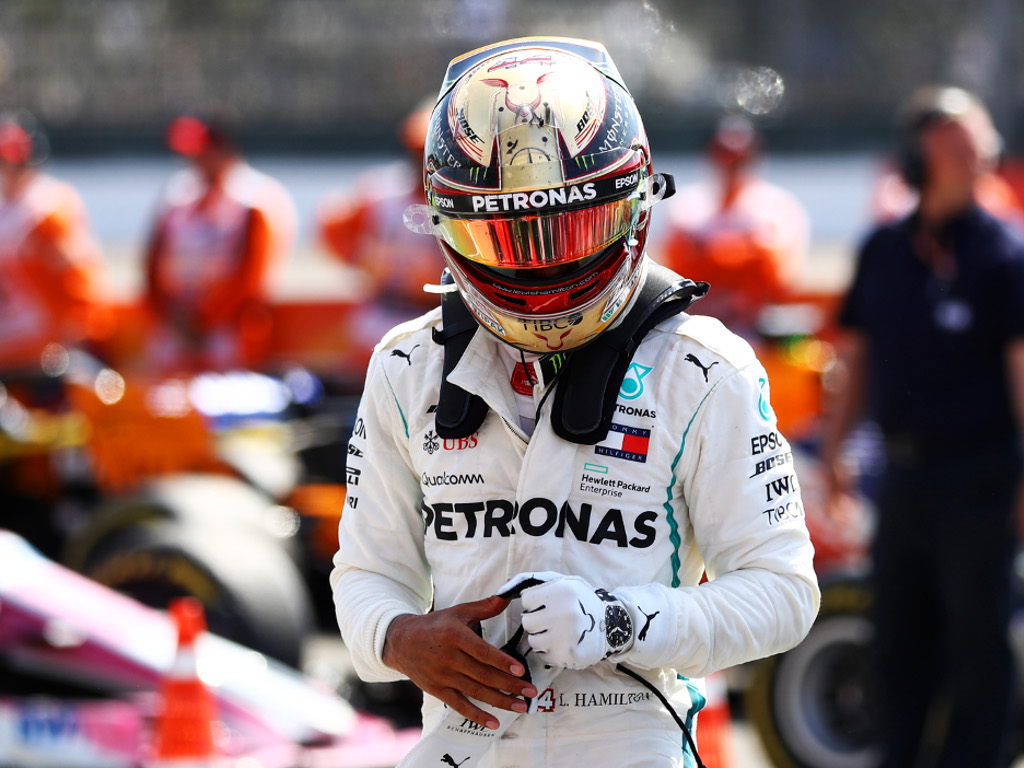 Lewis Hamilton has hinted that his first lap incident with Kimi Raikkonen was “interesting tactics” from Ferrari.

The Finn made contact with Hamilton’s Mercedes at Turn 3 of the opening lap of Sunday’s British Grand Prix, with Hamilton dropping down to P18.

The Brit made it all the way through the field to finish on the podium at Silverstone, in P2, ahead of Raikkonen, but was not happy with how the start went.

He showed his unhappiness by not staying around to be interviewed by Martin Brundle in parc ferme, instead going straight up to the podium and waiting there before the ceremony.

However, the Brit may believe that it was not just a racing incident, and that Ferrari might have been playing some sort of game…

“Interesting tactics, I would say, from their side but we will do what we can to fight them and improve in the next races but I am so grateful for all the support that we had here,.” he added.

Despite his emotions running high, the Brit had time to thank the 140,000 strong crowd at his home race for their support, even apologising for not winning the race.

“Well my team did an amazing job this weekend and we’ve got so much support and so much pressure, obviously for us all,” the four-time World Champion said.

“This is the best grand prix we have had all year, look at the crowd. It has been amazing.”

One of Hamilton’s first answers in the post-race press conference put the idea out there that it might well have been a deliberate policy from the Scuderia.

“All l would say is that it’s two races in which a Ferrari has taken out a Mercedes. Valtteri and I have both lost out in those situations,” Hamilton said.