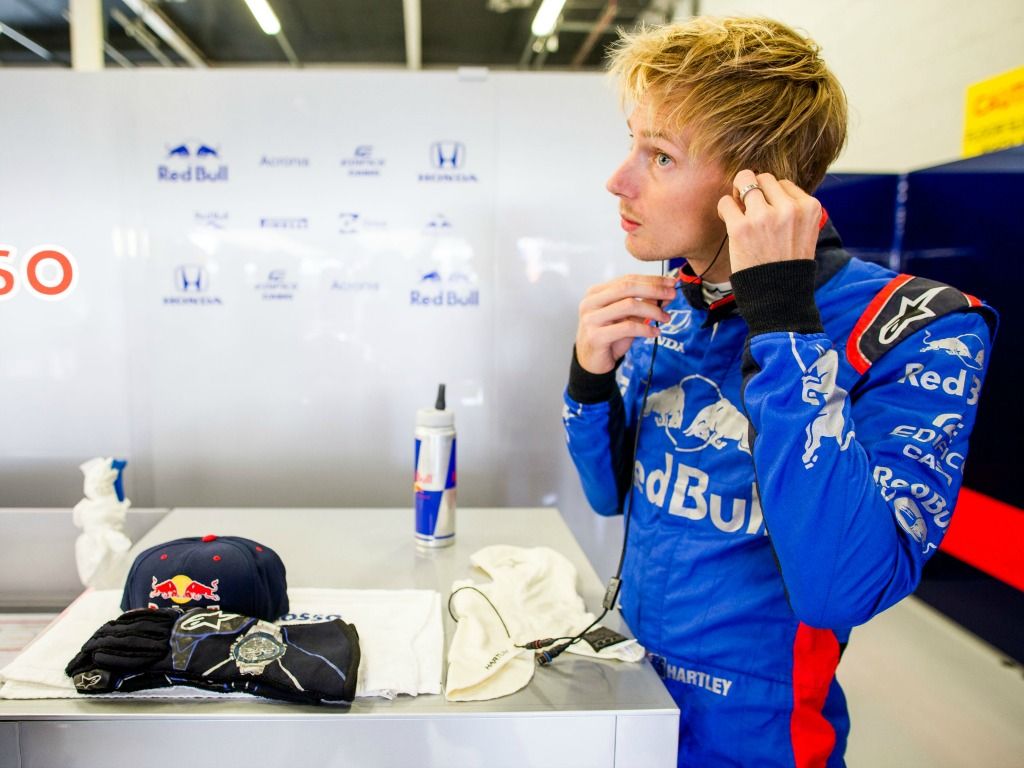 Brendon Hartley has said that his crash on Saturday morning came as a complete shock to him, and that he had no prior warning.

His Toro Rosso suffered a failure of the front left suspension, which saw him fly into the barriers at high speed during FP3.

“It was very instantaneous,” Hartley said. “There was no warning.”

The Kiwi could not think of any reason as to why the failure happened, sending him into the gravel at Brooklands.

“I didn’t hit any kerbs and there were no vibrations beforehand. It happened the moment that I hit the brake pedal,.” he added.

“Obviously I tried to fight the car, and slow it down as much as I could, but I still hit the wall pretty hard.”

Despite his best effort, his Toro Rosso flew into the crash barriers, but the Kiwi said that he was not worried about the impact.

“There’s very little time in the car to be scared. There’s too much focus and other things going on,” he admitted.

“Maybe the last one or two seconds when I realised: ‘Yep, I’m definitely going to hit the wall pretty hard’, and you brace yourself. It’s not fun. I wouldn’t say it’s scary. You’re so focused on the race car and you have adrenaline. I wouldn’t say fear really comes into it.”

Hartley, in his first full season in Formula 1, said that he was fine after the accident, but expressed his disappointment at not being able to participate in qualifying.

“I’m fine. The car was definitely not fine. But yeah, another testament to the safety of modern Formula 1 and racetracks. Obviously I’ve had a few big hits this year and happy to walk away again,” he said.

If the car is ready, and the stewards say Hartley can race, then the New Zealander will start the British Grand Prix from the back of the grid.