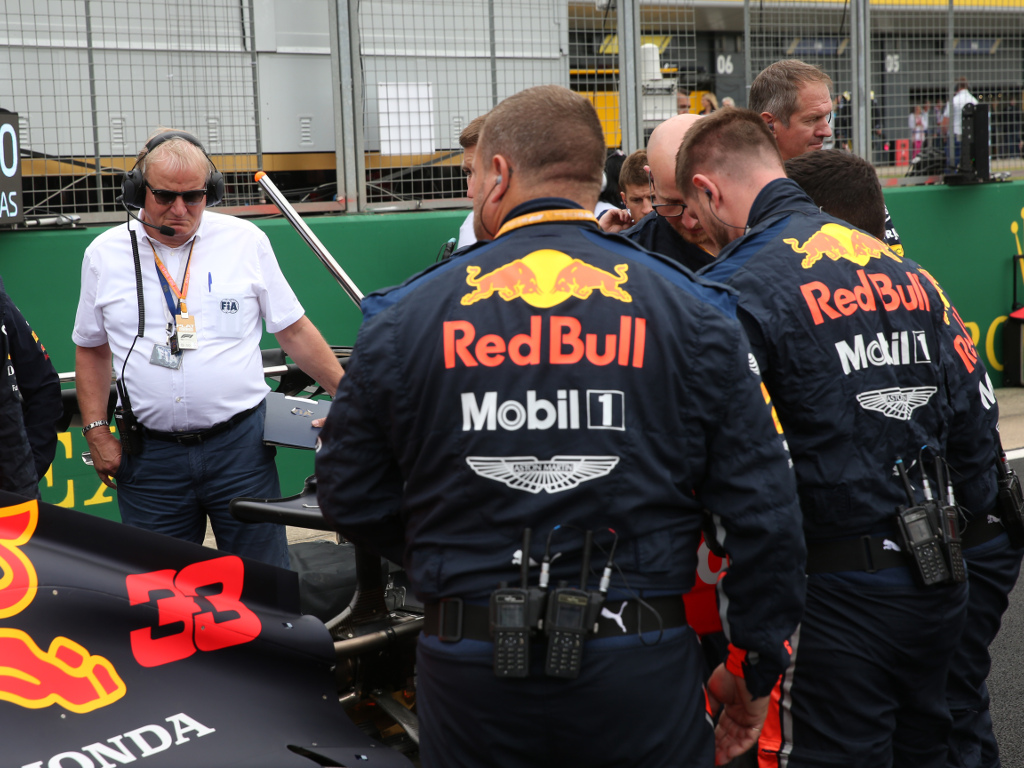 Red Bull’s late rear wing changes on the British GP grid were due to cracks in both drivers wings, explained Christian Horner.

As the fielded lined up on the grid ahead of Sunday’s British Grand Prix, Red Bull were seen making a late change to Max Verstappen’s rear wing.

Such was the lateness of the drama that both changes were only completed 60 seconds before the mechanics had to vacate the grid.

Team boss Horner says Red Bull had to take the risk after noticing cracks in both drivers’ end plates.

“One of the mechanics doing one of the checks found a crack in the rear wing of Max, so we applied to get permission to change it,” he told Motorsport.com.

“Then, there was an inspection on Pierre’s and we could see the very start of a crack appearing in the same place.

“So permission to change them both was granted just as a security, and we did that.”

The end plates were then reinforced with glue, Horner explained.

“The tape wasn’t going to reinforce it, it was more some glue that went on,” he said.

Neither driver suffered any cracks during the race with Gasly bringing his RB15 home in fourth place with Verstappen fifth after a late clash with Sebastian Vettel cost him a shot at the podium.