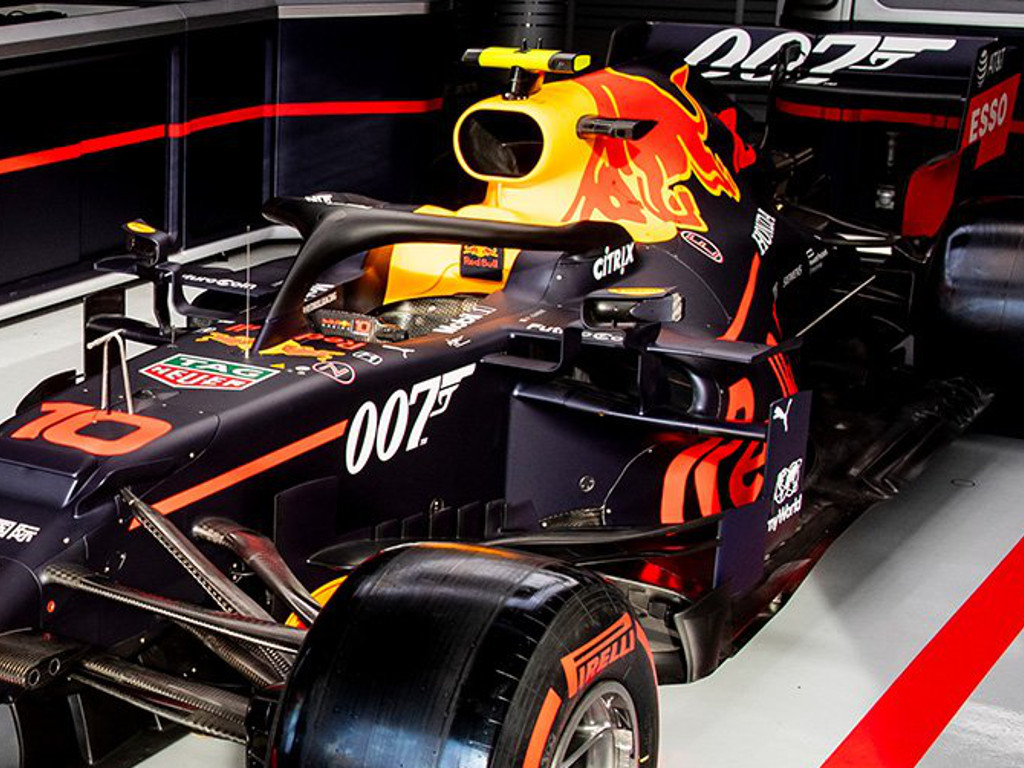 Red Bull Racing have a licence to thrill at this weekend’s British Grand Prix, teaming up with Britain’s favourite agent, James Bond.

The RB15 will feature the iconic 007 logo as well as Bond number plates on the back of the rear wings while the pit garage graphics have been inspired by Q’s MI6 Lab.

EON Productions and @astonmartin are teaming up to celebrate the 1,007th @F1 at @SilverstoneUK this weekend. The two Aston Martin @Redbullracing cars will feature the iconic 007 logo and Bond number plates on the back of their rear wings #BritishGP #F1007 #F1 pic.twitter.com/aEcC8rrWta

“Showcasing the world of James Bond here at the British Grand Prix, our second home race of the season, is really exciting.

“Aston Martin is inextricably linked to Bond and his cars have become truly iconic so we’re really looking forward to this weekend at Silverstone.”