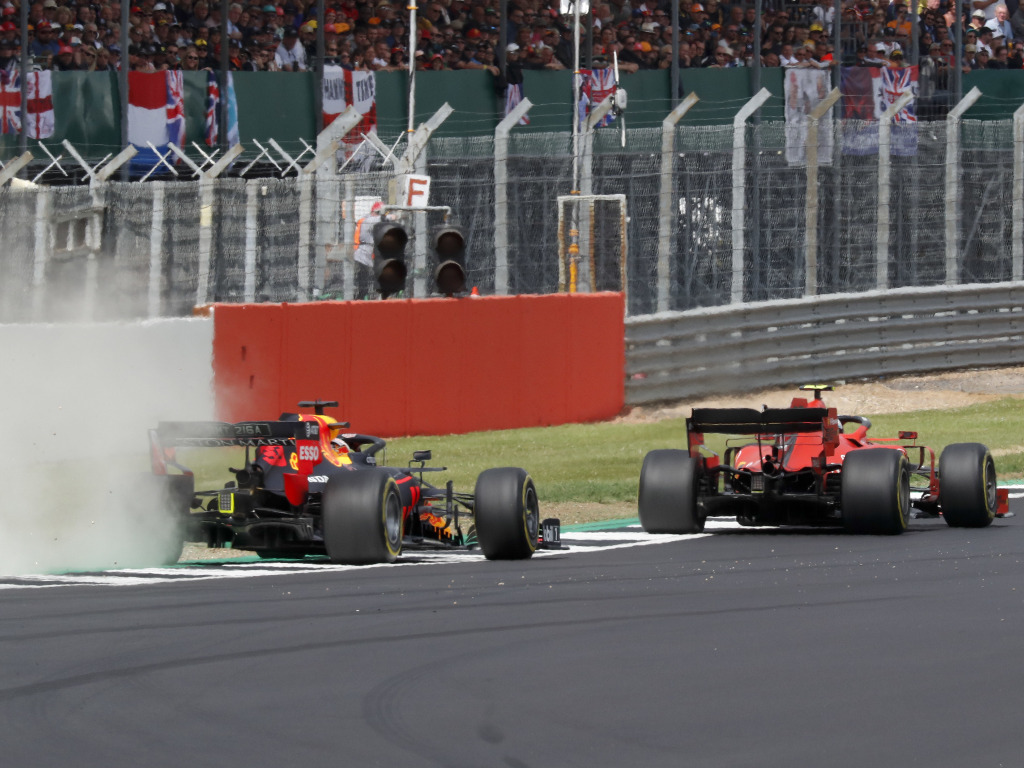 With the parameters of what is allowed defined in Austria, Charles Leclerc says his battles with Max Verstappen at Silverstone were “borderline” but “always in the rules”.

Leclerc was left smarting last time out in Austria when Verstappen grabbed the race lead, and ultimately the win, by pushing the Ferrari driver wide and off the track.

The stewards declared it to be racing and Leclerc put that one in the memory bank.

He put it to good use on Sunday when he once again found himself up against Verstappen, this time at the British Grand Prix.

The duo raced wheel-to-wheel at times while trading blows, and this time it was Verstappen who got to eat a little dirt.

“That was definitely the most fun I’ve ever had in my Formula One career,” Leclerc said in the post-race press conference.

“Well, it’s a short career, only one year and a half, but it was definitely very, very fun from inside the car.

“I think that Austria was quite an eye-opener for me to understand how far we could go and what was accepted and I’m very happy at the end to race like this.

“I think every driver wants to race hard and that’s what we did during most of the race.

“It was very, very fun, always borderline, but I think always in the rules and very, very enjoyable from the car.”

He added: “The best move was probably the one on Max on the outside in Copse?

“I think he just passed me and I passed him back around the outside of Copse.

“That was definitely one of the most exciting of the race. Of my race.”

But while Leclerc had a clean battle with Verstappen, the same cannot be said of his team-mate Sebastian Vettel who ploughed into the back of the RB15 during their battle.

As such Vettel finished P16 while Leclerc brought his Ferrari home in third place.

The Monégasque driver is now just three points behind his team-mate in the standings.

Asked if he feels the time has come for Ferrari to give him preference instead of Vettel, Leclerc replied: “Well, I don’t know.

“I think the team is always acting for the benefit of the team and that’s the way I felt from the beginning of the season.

“There have been more situations from the beginning of the year where he had to benefit from something but I think the team is always looking at the benefits of the whole team and that’s how it will work for the rest of the season.”