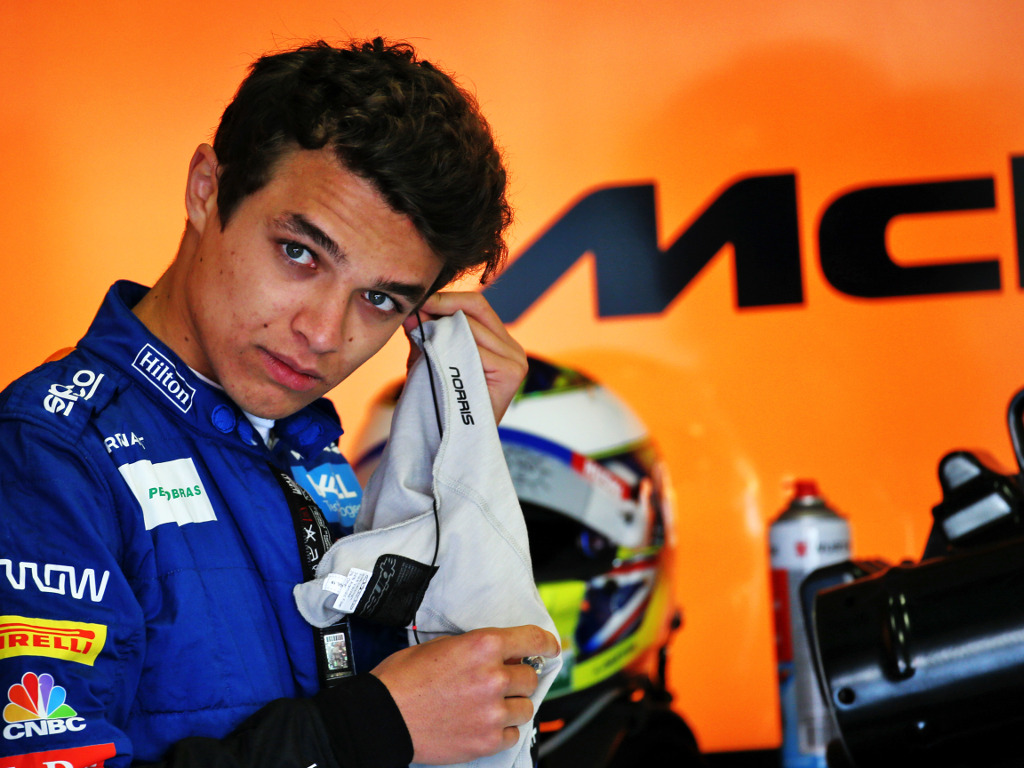 Lando Norris and George Russell are both taking part in their maiden F1 British GPs with contrasting fortunes on Friday.

Although both rookies found themselves spinning at the Silverstone circuit on Friday, the duo managed to avoid any serious troubles in FP1.

Luck, though, ran out in FP2 – at least it did for Russell.

The Williams rookie’s FW42 suffered a gearbox issue that meant he covered just 11 laps over the course of the 90 minutes.

“Mixed,” he told F1.com. “Amazing to drive around Silverstone in a Formula 1 car, this place is incredible.

“But then we had a gearbox issue in FP2, only completing about three proper laps.

“That set us back a little bit but I’m confident we can hit the ground running tomorrow.”

His troubles meant Russell finished FP2 slowest of all, 3.7s down.

But while he had an afternoon to forget, the same cannot be said of Norris.

The McLaren driver continued his good run of form as he was sixth in the session, splitting the Red Bulls with a 1:27.546.

“We’ve had a tendency to be in the top ten for a few Fridays in a row now and then we get to Saturday and we are a bit more nervous after P3,” he said.

“It was a good day from the work side of things but not so much the pace.

“I think that’s a nice bonus for us all but in terms of making the car comfortable to drive – good in the long run, good in the short run – I think we’ve got some work to do still.

“Still a reasonable day but not a clean one as I made some mistakes here and there that cost me track time.”