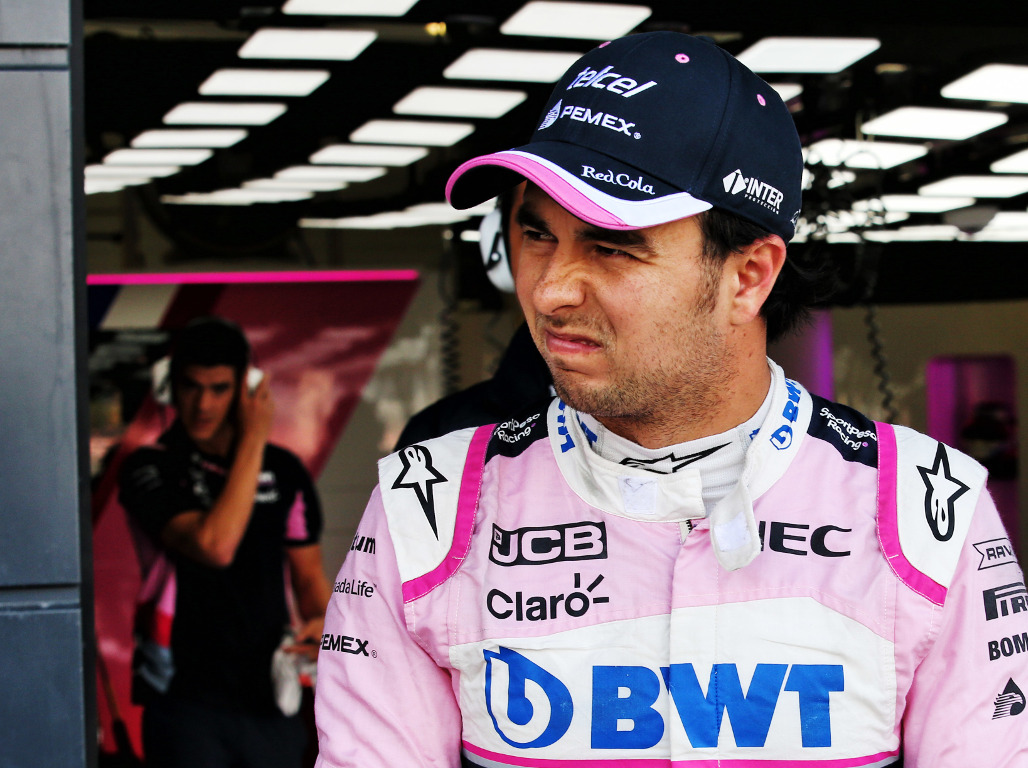 Sergio Perez says an issue with his steering that affected the brake balance led to his crash with Nico Hulkenberg at the British Grand Prix.

Starting P15 the SportPesa Racing Point driver edged forward in the opening stint only for his strategy to be undone when the Safety Car came out for Antonio Giovinazzi’s crash.

He, however, still had hopes of recovering only for that to come to naught when when he crashed into Hulkenberg on the restart.

“The first stint was very strong – I was managing my race, looking after the tyres and we were on course to score some points.

“Then, the Safety Car came out just after I had pitted and that’s what ruined my race.

“During the Safety Car period I also had an issue with my steering wheel, which affected the brake balance and meant it was too far forward.

“That’s why I ended up hitting Hulkenberg because I couldn’t stop the car enough; I damaged my front wing and dropped down to last.

“I cannot believe the tough luck we had today.

“It’s so disappointing because we deserved a big result in our home race and we had the speed in the car to score points.”

Perez was the last of the classified runners.