Home F1 Races British Grand Prix Perez: One of our most competitive Fridays yet 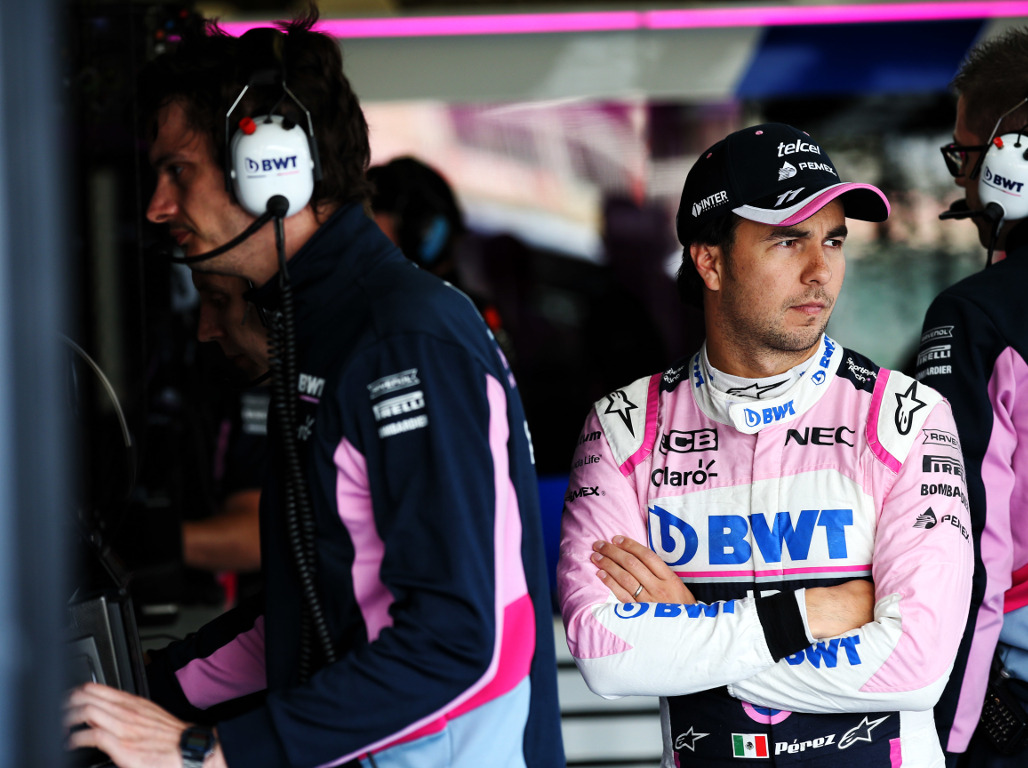 Sergio Perez believes SportPesa Racing Point could be in the hunt for points after a strong start to their British Grand Prix weekend.

The Mexican driver arrived at the Silverstone circuit on the back of a P11 at the Austrian GP.

It was the fourth successive grand prix in which he just missed out on the points, finishing either 11th or 12th.

Perez, though, made a solid start to his British Grand Prix weekend as the SportPesa Racing Point driver finished FP2 in tenth place.

Perez said: “There’s lots of work to do tonight, but it’s a promising start and probably one of our most competitive Fridays yet – looking good in both sessions.

“We need to make sure we can carry today’s performance into qualifying.

“There is more grip out there with the new track surface, which is much smoother, and I think that’s helped us so far.

“We have good information for Sunday because I tried all the tyre compounds and we can now start thinking about the strategy for Sunday.”

As for his team-mate Lance Stroll, the Canadian covered 62 laps in total on Friday as he came through an almost trouble-free day.

Like many of his rivals, Stroll was tripped up by the gusty wind at the Silverstone circuit and found himself eating dirt.

“It was a pretty solid Friday for us and the car felt good,” he said. “The programme went to plan and we completed all the runs.

“The wind is always a big factor at Silverstone – it felt especially gusty out there today and it was always changing direction.

“I think there’s more to come because I didn’t manage to get the cleanest of laps in during the performance run.

“I’m feeling upbeat so let’s see what we can do tomorrow.”

Stroll was P16 on Friday, a quarter of a second slower than his team-mate.