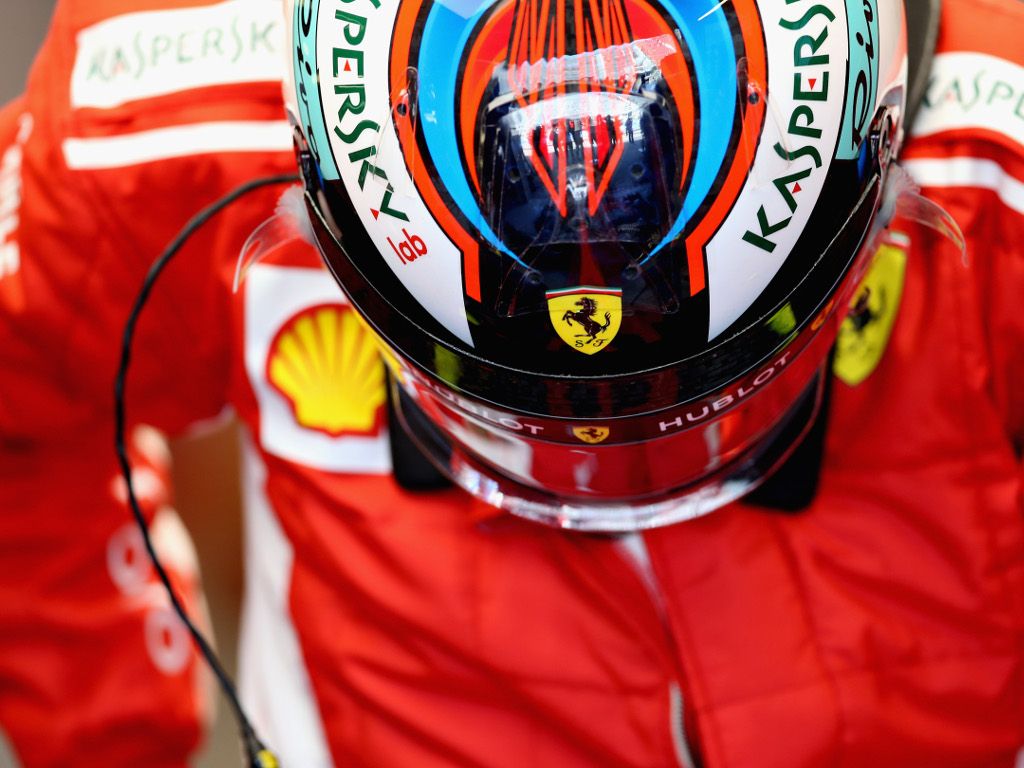 Kimi Raikkonen has held up his hand in his clash with Lewis Hamilton, admitting he was in the wrong, took the penalty and fought back.

The Ferrari driver was hit with a 10-second time penalty after pitching Hamilton into a spin at the start of Sunday’s British GP.

Raikkonen continued lapping, battling the Red Bulls before his timed penalty, taken at his pit stop, saw him fall outside the top ten.

The Finn fought back to finish third.

“On the second or third corner I locked the wheel and was behind his car and ended up hitting Lewis on the rear corner,” he said.

“Obviously he spun. My bad, but that’s how it goes sometimes.

“It was a bit… not a straightforward race.”

Pressed on the penalty, he replied: “It was my mistake so that is fine and I deserved it.

“I took the 10 seconds and kept fighting so that’s how it goes.

“For sure without the mistakes and penalty it would have been better but I tried.”

The 2007 World Champion then had a dig at the constant reports that his days at Ferrari, and in Formula 1, are numbered.

He added: “Obviously my view I did the best I could do but obviously there seems to be opposite looks on what I’m doing unfortunately.