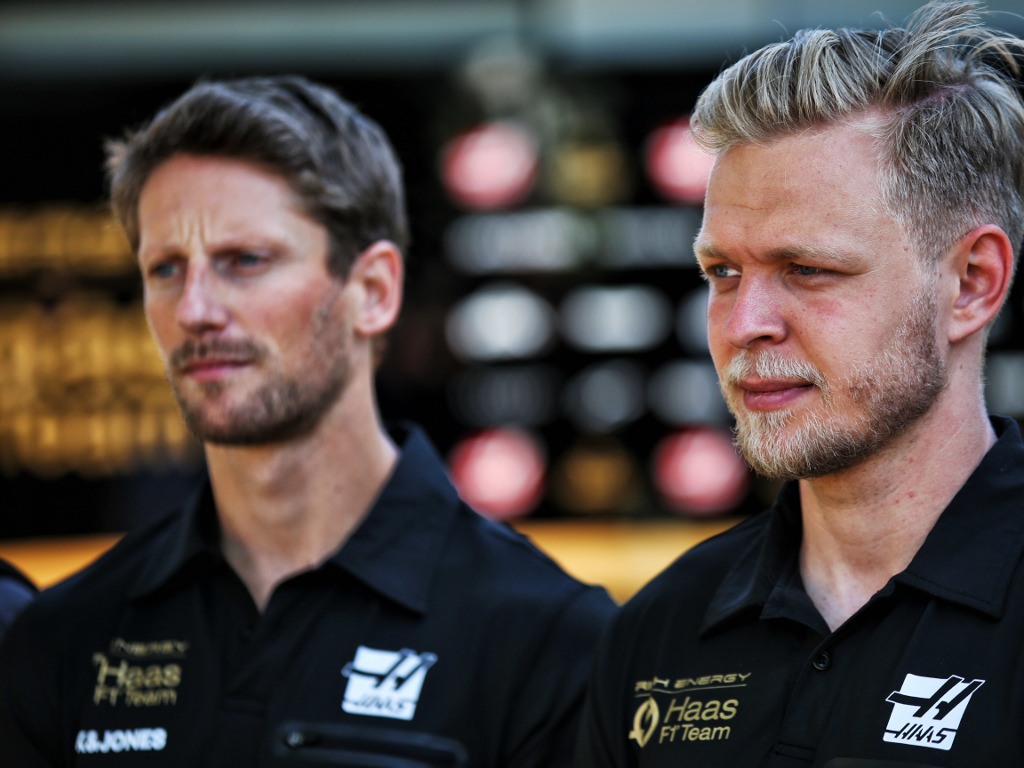 Guenther Steiner doesn’t care who was responsible, he says his drivers’ collision at the start of the British GP was “not acceptable” and both are in trouble with the team.

Haas’ 2019 season slumped to a new low at the British Grand Prix when Romain Grosjean and Kevin Magnussen crashed into one another on the opening lap.

Both drivers were forced to put for tyres as they suffered punctures in the contact.

However, the damage to the cars was too great and they retired one after the other on laps eight and nine.

“Both of them are in trouble,” he told FormulaSpy. “It’s not acceptable.

“I was pretty clear after Barcelona what not to do.

“We’re in a difficult enough situation trying to get the car back on track and they’ve got the chance where it seems like our long runs are OK.

“Then they crash into each other at Turn 5, and that’s not acceptable.”

Such was the team boss’ anger that he never even gave his drivers the opportunity to explain their side of the story in the post-race briefly.

“To explain something like this [to the drivers], you don’t need a lot of time. You can say a lot in only a few words and I’m obviously disappointed to have to say it.

“Everybody is working hard to get out of the hole we are in. The drivers are given a chance to score points or, at least, learn something and they do this.

“I don’t need an explanation.”