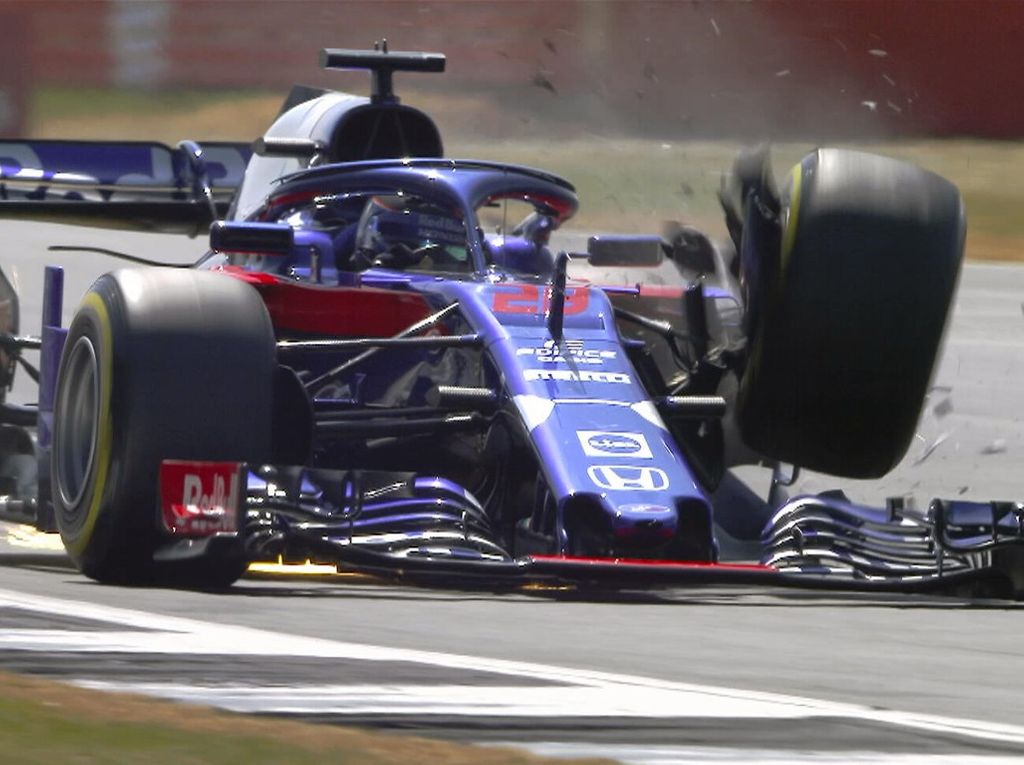 Toro Rosso are investigating the suspension failure that resulted in Brendon Hartley missing the British GP, saying it was a “rather odd” failure.

The front suspension on the New Zealander’s STR13 failed at speed as he came down the Wellington Straight.

He was little more than a passenger as the car hurtled through the gravel before slamming into the wall.

Toro Rosso tried to repair the car in time for Sunday’s race only to find a late issue that meant Hartley did not take the start grid at Silverstone.

“The component that we had the issue with was not a new spec,” technical director James Key told Motorsport.

“As a precaution we went back to a previous spec of one part, even though it wasn’t associated with the failure that we had.

“It is still being investigated and understood. We’ve never had any issues at all, certainly not of that nature.

“We did nine races without any problems. Yes, we had some trackrod damage in Austria, but most people damaged their cars, and we had a particularly horrible thump on one of those kerbs.

“We haven’t seen anything like that, all the loads that were going through the front left suspension were well within the loads that it was designed for.

“It had been serviced and quality control checked, proof tested, and everything was fine.

“So it’s rather odd that we suddenly suffered an issue with a part that was perfectly normal, as far as we could see. We need to establish whether there was some damage to it.”

The pieces of Hartley’s suspension have been returned to the Faenza factory where Key says they will undergo “forensic examination.”

He added: “They’ve been sent back to the factory, they’ve all been quarantined, they will go through a forensic examination so we can work out what is the impact damage, what is potential failure, [look for] clues to how a failure could have occurred.

“And we have various options to address any possible outcomes.”

Key, though, is hoping that Hartley’s issue is a “one-off”.

“We did a race with Pierre for 52 laps without any problems whatsoever, so it feels like a one-off, due to a set of circumstances that we need to understand, although you can never make assumptions like that.

“Brendon was extremely unfortunate, it was obviously nothing to do with him, but it very negatively affected his whole weekend.”