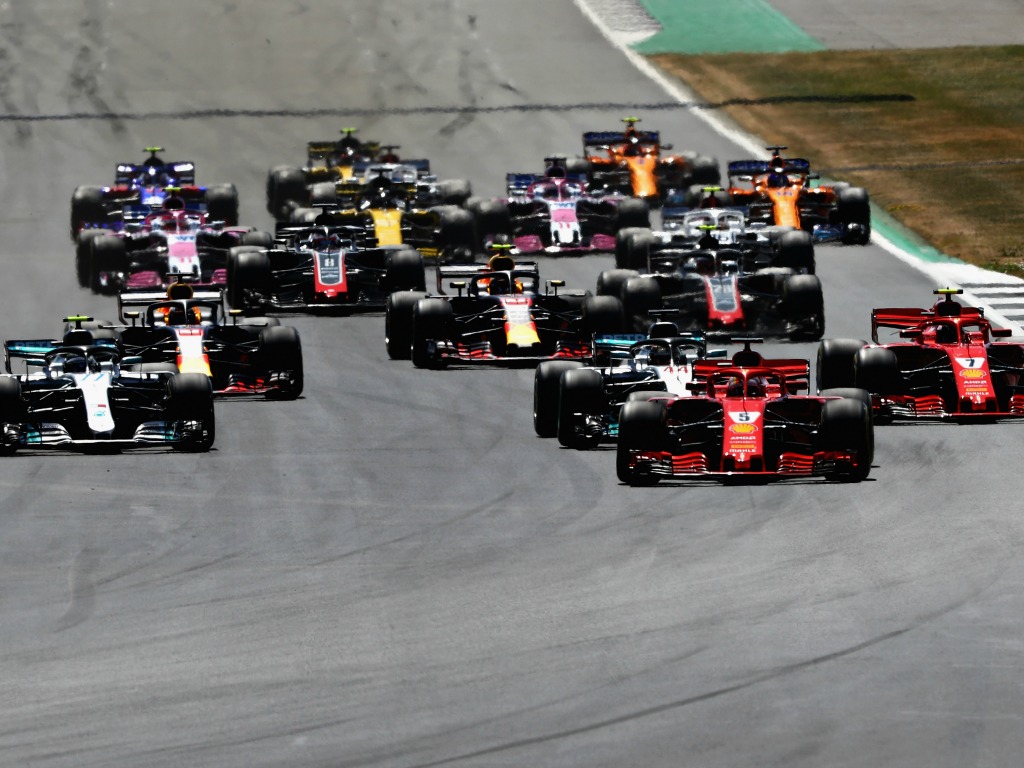 Lewis Hamilton may have lost his streak of British Grand Prix victories, but the four-time World Champion drove a brilliant recovery drive after being spun round on the first lap

Sebastian Vettel won the race, which was affected by two Safety Cars, to extend his Championship lead to eight points over the Brit, with Kimi Raikkonen taking the final spot on the podium.

Brendon Hartley never got going after his FP3 crash, while Max Verstappen’s run of podiums ended after his RB14 got stuck in fourth gear in the final few laps.

Sunday afternoon saw the running of the 2018 British Grand Prix at Silverstone. It was the eighth race around the current configuration of the ‘Arena’ circuit.

Silverstone like you've never seen it before, thanks to @Astro_Feustel#BritishGP 🇬🇧 pic.twitter.com/NPsAOdyY3p

For the first time in a long time, there was only one British driver at his home race, with Lewis Hamilton the only man flying the flag.

The answer: 1979, when John Watson was the sole Brit, driving for McLaren

That means it's been 39 years since just one home hero raced in Britain 👀#BritishGP 🇬🇧 #F1 pic.twitter.com/dBjpEWlHSB

Ade Edmondson and Jennifer Saunders were invitees of the Red Bull team for the race, with Geri Horner showing them the ropes. 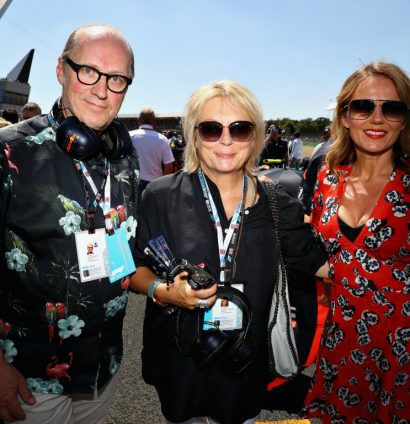 There was also the small matter of a certain football match which happened straight after qualifying on Saturday, and the brass band visited the McLaren garage.

The national anthem is sung! No, it’s not “it’s coming home”… 🙄 #BritishGP

And like the football, the glorious weather has come home as well, with the race being one of the hottest in British history.

As always, the Red Arrows put on a show before the race. 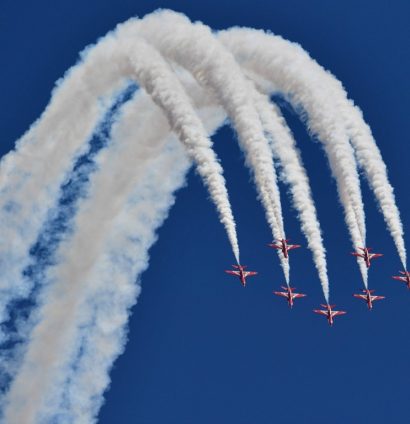 The start was terrible for Lewis Hamilton, who was spun round by Kimi Raikkonen, with the Brit dropping down to P18. The Finn received a ten-second penalty for causing a collision.

Vettel powers into the lead

Kimi tags Hamilton, who drops down to P17! 😱

HAM: "Damaged car on the back, I think my car's broken, man!…"#BritishGP 🇬🇧 #F1 pic.twitter.com/eIcXKo2xkU

One Ferrari hits the Mercedes, the other Ferrari takes the lead.. Hmm?

Meanwhile, it was also a bad start for the two Haas drivers, with Kevin Magnussen and Romain Grosjean, who dropped from P7 and P8 to P10 and P14.

Sergio Perez was also spun round on the opening lap and dropped to the back of the field. The Mexican almost collected one of the Williams as his Force India did a 180 across the pit lane exit.

The other Force India was one of several cars overtaken by Hamilton in the first part of the race, as the reigning Champion was already up to P6 by Lap 11. How easy it was may have given some fans thoughts of Monaco.. And possible conspiracy theories..

Esteban passed by the charging HAM, moving our man to P9 and kicking off a gazillion conspiracy theories 🙄 cc: @MercedesAMGF1

Raikkonen was the first man to pit, also serving his ten second penalty, along with Fernando Alonso and Sergio Perez. Charles Leclerc was also one of the early pitters, and had to retire shortly after exiting.

Lap 19/52: @Charles_Leclerc comes in for a pit stop, but stops the car immediately out of the pitlane. There was a wheel that didn't engage and sadly he is out of the race. #ME9 is still out on track on his Soft tyres from the race start. #F1 #BritishGP pic.twitter.com/jMyTfihssi

Elsewhere, there was a first appearance for the hard tyre in a race, with both Renault men having the ice blue coloured tyre fitted to their cars.

Red Bull then chose to bring Daniel Ricciardo for a second stop, moving onto the soft tyres for the last twenty laps of the grand prix.

Red Bull throw a curveball, with a second pit stop for Ricciardo

Will the other leaders follow suit? 🤔#BritishGP 🇬🇧 #F1 pic.twitter.com/Hc8ckwtah7

Marcus Ericsson had a huge crash at Turn 1, spinning across the gravel and into the barriers. The incident brought out a Safety Car.

A HUGE off for Ericsson, as he loses it at Turn 1#BritishGP 🇬🇧 #F1 pic.twitter.com/Q2qlmpX4wP

During the SC period, both Ferraris and Max Verstappen pitted for a second time, while both Mercedes stayed out to gain track position. Bottas took the lead from Vettel, with Hamilton back up to P3 after being P18 on Lap 1.

A week after securing Haas’ best ever finish (P4 in Austria), Romain Grosjean retired from the British Grand Prix, after tangling with Carlos Sainz at Copse. The incident brought about another Safety Car period.

The two Safety Car periods brought the field together for a ten lap shootout at the end of the race, with Kimi Raikkonen overtaking Max Verstappen for P4.

That overtake made it a four-horse race for the win, with the two Mercedes and two Ferraris going at it hammer and tongs, and it wasn’t just the fans who were loving it.

We are entertained. Just saying.

Sebastian Vettel got past Bottas to take the victory at Silverstone, with Lewis Hamilton and Kimi Raikkonen also getting ahead of the struggling Mercedes man to finish on the podium.

Bottas finished ahead of Ricciardo, with Nico Hulkenberg taking P6 as the ‘best of the rest’. Esteban Ocon, Fernando Alonso, Kevin Magnussen and Pierre Gasly rounded out the top ten.

Sebastian Vettel now leads the title race by eight points from Lewis Hamilton, while Ferrari now have a twenty point lead from Mercedes in the Constructors’.

After the race, Lewis was in no mood to talk after coming back to parc ferme…

But he was interviewed on the podium at least.