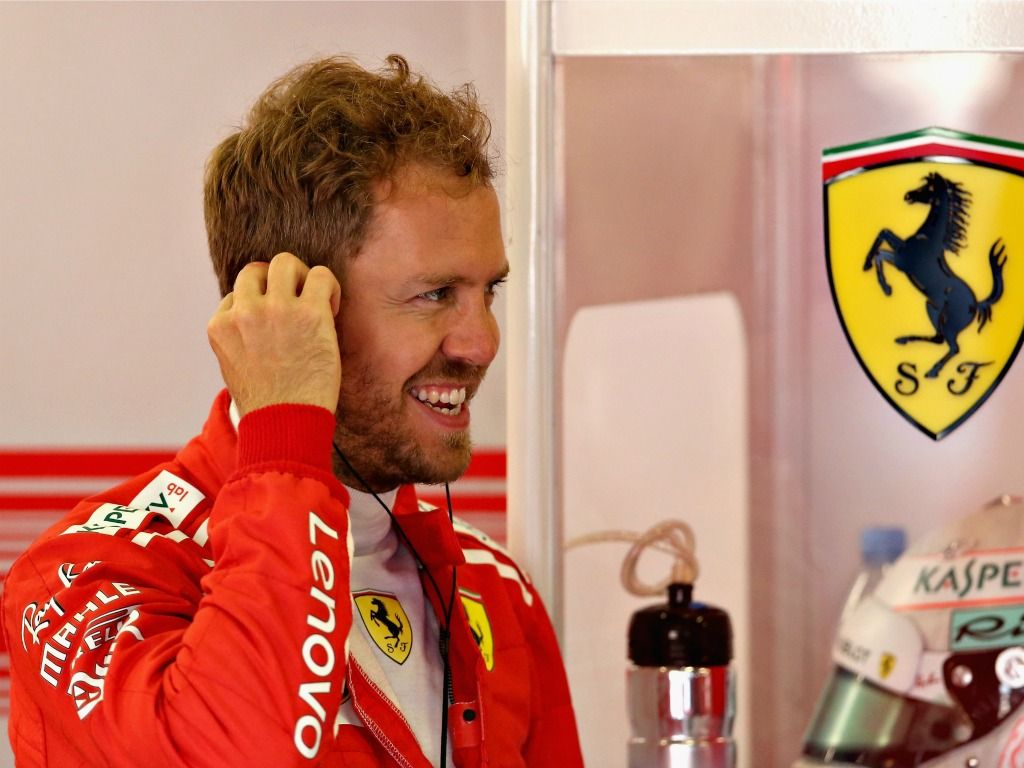 There was some fighting talk from Sebastian Vettel as Ferrari topped their first Friday practice session of the season at Silverstone.

Vettel, who comes into the British Grand Prix weekend as World Championship leader again, was quickest in FP2 with a 1:27.552 set on soft tyres.

Mercedes‘ Lewis Hamilton, initially quickest in FP1, narrowed the gap to Vettel to 0.187 seconds in the afternoon session, while Valtteri Bottas was three tenths down in P3.

Ferrari are usually slow starters on Friday with their engine turned all the way down, but Vettel is hoping that he has now set the foundation for the Scuderia to end Mercedes’ dominance at Silverstone.

“It’s been a good Friday. We’ve had rough Fridays, but for a change, it seems like a good Friday,” Vettel said.

“We try to kill their [Mercedes’] magic, obviously that’s what we have tried over the last years and I think here and there we have succeeded quite well.

“Historically it has not been a very strong track for us. But today has been a good start, and hopefully we can improve tomorrow and kill their magic.”

Kimi Raikkonen was four tenths off the pace in P4, but is hoping that Ferrari will show once again their strong performance in hot conditions.

“If you look at the last race, where we came second and third and it was hot,” Raikkonen said. “It’s a different place and slightly different tyres with less rubber on it, so we’ll see on Sunday.

“But so far everything is okay and I prefer it’s warm and nice than cold and rainy.

“I think it was a normal Friday for us and for sure we have things to improve, but there wasn’t any reason for this not to be the same as any other Friday.”