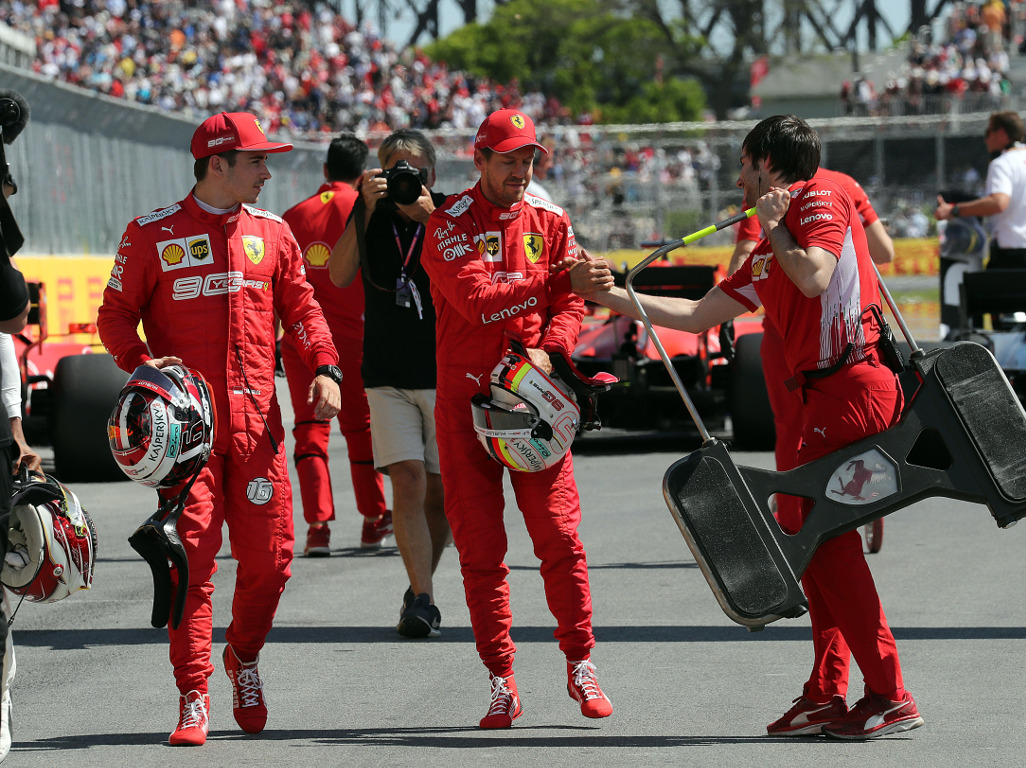 Ferrari will start the Canadian GP from pole position, a joyous occasion but one that Nico Rosberg feels proves they “got their concept wrong on their car.”

Sebastian Vettel set the pace in Saturday’s qualifying at the Circuit Gilles Villeneuve, a track with long straights and few slow corners.

His 1:10.240 on the soft Pirellis put him 0.206s ahead of Mercedes’ Lewis Hamilton while his own team-mate Charles Leclerc was third.

Ferrari are hoping that Vettel can convert his pole position into a first win of the campaign having watched as Mercedes won the opening six grands prix.

Speaking on his YouTube channel after qualifying, Rosberg said: “Proper awesome lap from Vettel, after so many difficult races and the whole difficult start of the season and everything, so much pressure from Leclerc as well.

“I’m really, really happy for Vettel actually. For his mental game that’s going to be really, really crucial and it gives him a great opportunity to win so that’s real powerful.”

But while Rosberg is happy for Vettel, he reckons the German’s pole position is proof that Ferrari “got their concept wrong on their car.”

He explained: “What you need to understand is they [Mercedes] built their race cars for the average track. That’s like between Monaco and Montreal; Monaco being really slow speed and Montreal being just high speed and straight lines.

“You have to build the car so it’s average and ideal for all tracks right in the middle. Then of course for Monaco it’s not going to be ideal, it’s just slow speeds so you need max downforce and Montreal isn’t ideal either because you need to be faster on the straights.

“This is where it was clear again today how Ferrari just got their concept wrong on their car.

“As soon as you go to one of the extreme high-speed tracks like Montreal, of which there’s only two because there’s only Montreal and Monza, boom they’re in front again and the fastest car – but only just.

“They just got their concept wrong and went too far on one side. They need to move that concept back to being fast on the average track.

“They need to bring more downforce to the car and take away some of that straight-line speed but it takes time to change the concept like that. It takes a lot of time so they need to get on top of that very, very quickly.”

The German, who won his one and only World title with Mercedes, added that he does not believe that Montreal is a sign that Ferrari are back in the game.

“Are Ferrari back? I don’t think they’re back,” he said. “On this track they’re back, everywhere else they won’t be. That’s a pity and they still have a lot of work to do.”