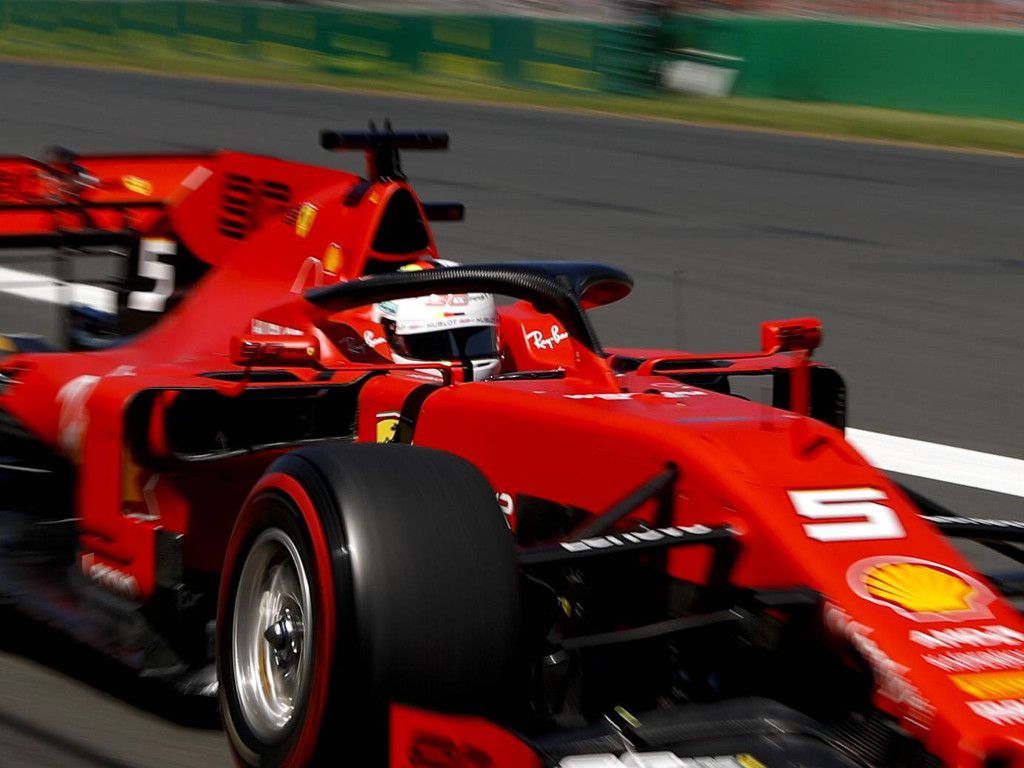 After weeks of waiting, it looks as if Ferrari and Mercedes may finally deliver the battle that F1 fans have been dreaming of as Ferrari pipped Mercedes in FP3.

Saturday’s final practice got underway with the track temperature up to 36’C with a track temp of around 50 expected on Sunday.

After Robert Kubica, Pierre Gasly, Daniil Kvyat and Kimi Raikkonen all spent a brief moment up in P1, it was time for the big boys to come out and play.

Sebastian Vettel and Charles Leclerc traded blows at the front with the German lowering the benchmark time to a 1:1:11.557.

Lewis Hamilton and Valtteri Bottas – using Mercedes’ second generation power unit – lined up behind the Scuderia drivers, half a second off the pace.

Heading out for a qualifying sim with 15 minutes remaining in the session, and the track temperature up to 41’C, Bottas went top then Vettel went top and then Leclerc blitzed them both with a 1:10.982.

That put him 0.139s seconds ahead of Leclerc and handed Ferrari their second successive practice 1-2 in Canada.

Hamilton was third, 0.393s down, while Bottas was fourth ahead of Max Verstappen and Pierre Gasly. The Red Bulls, though, were a second off the pace.

Daniel Ricciardo was seventh for Renault ahead of Lando Norris, Perez and Kvyat.

Norris could be in trouble with the stewards as the McLaren rookie mounted a sausage kerb, went off the track and didn’t rejoin at the designated merging area. He will be investigated after FP3.

Meanwhile Lance Stroll had the first notable incident of the session as the SportPesa Racing Point driver came to a halt in the pit lane with a “hydraulic leak”.

Clearly it was dripping onto something hot…

That was his session over with the Canadian failing to set a time in FP3.

Meanwhile the mandatory groundhog sighting that comes at every Canadian GP session made its appearance in front of Raikkonen. “OK there is an animal running around before Turn 6 … I don’t know what they’re called!” he told Alfa Romeo.