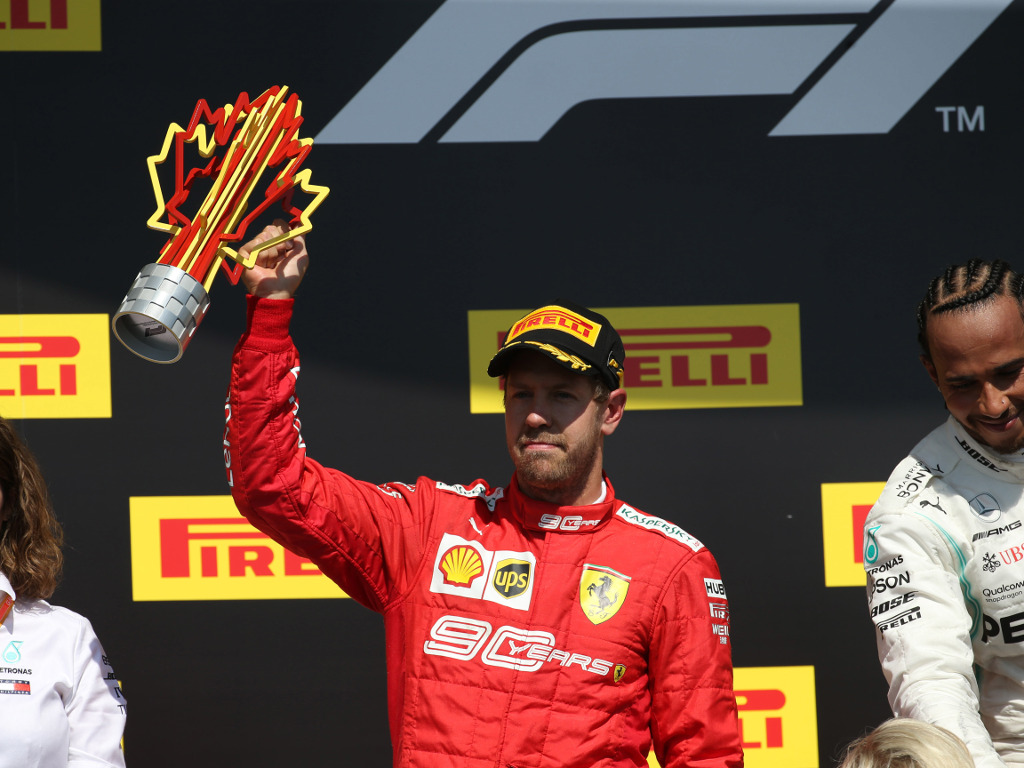 Sebastian Vettel admits he would have rather skipped the podium ceremony in Canada but felt he had to show up out of “respect” for Lewis Hamilton and Charles Leclerc.

Vettel and Hamilton produced some of this season’s best racing, at least that we have seen at the very front of the pack, in Sunday’s Canadian GP.

Hamilton chased Vettel for the lead and was within DRS when the Ferrari driver made a mistake and ran off the track.

Vettel returned in what the stewards deemed to be an “unsafe manner” and they slapped him with a five-second time penalty that cost him the win.

Vettel was furious with the decision and opted not to park his Ferrari behind the number ‘2’ board in parc ferme.

Instead he stopped in the pit lane and stormed through the FIA garage on his way to Ferrari’s hospitality unit.

He eventually made it to parc ferme, where he put the number ‘2’ board in front of Hamilton’s W10 and placed the number ‘1’ where his car should have been.

From there he went to the podium.

“I didn’t want to join in with anything,” he explained. “I was angry and disappointed, I think everyone understands why.

“But I think it’s respect to show to Lewis and Charles and the representative from Mercedes to be part of the podium.

“Certainly it’s not the place I wanted to be, at that point I wanted to get out, being there is not of my free will but I had to be there.”