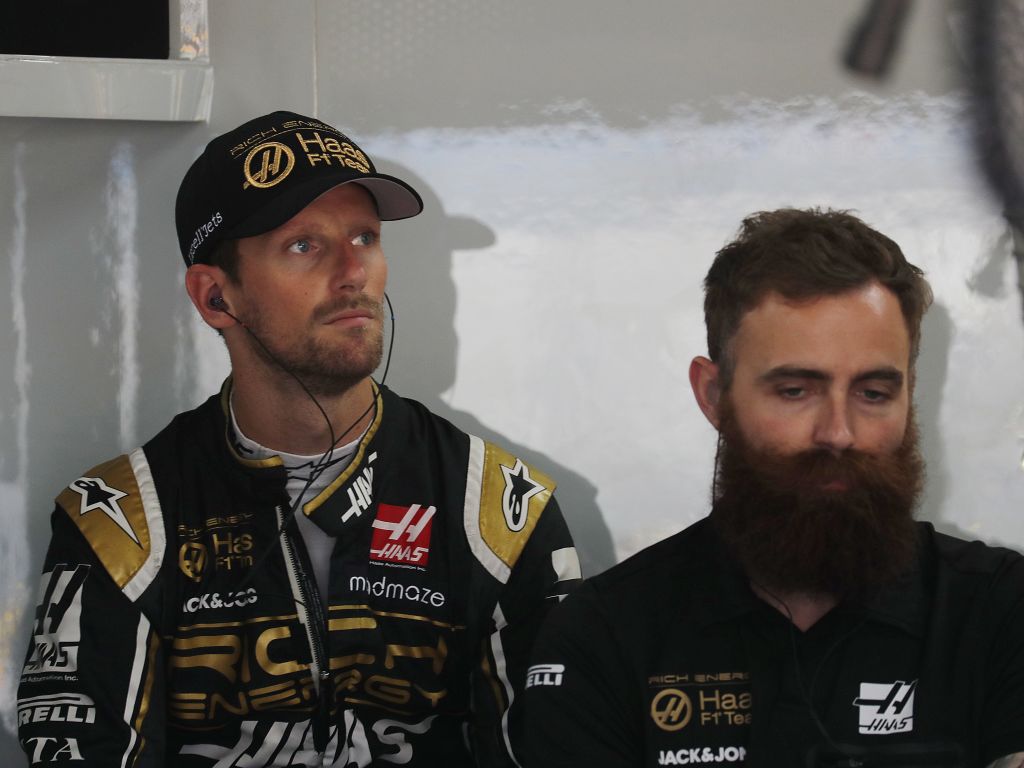 Haas’ Romain Grosjean was far from pleased after getting caught up in Daniel Ricciardo and Kimi Raikkonen’s Q1 incident in France.

Ricciardo slowed into Turn 11 after being informed by his team that Raikkonen was approaching.

The Aussie held the racing line, causing Raikkonen to lose control of his Alfa Romeo before rescuing the slide and running wide.

However, as Raikkonen rejoined the track, he forced Grosjean to lift off and abort his flying lap – he would ultimately be eliminated in Q1.

The stewards cleared the pair over the incident, but Grosjean wasn’t a happy bunny at his home event nonetheless.

“I was just behind, I didn’t see any yellow flag, but I just saw Kimi rejoining the track at 90 degrees, so I backed off and, yeah… I was on a fast lap.”

Haas are running a new rear suspension for the French GP, and this offered another reason to be unhappy for Grosjean with this available only to team-mate Kevin Magnussen.

“I’m a bit gutted that I don’t have it for my home race,” Grosjean told reporters.

“I think it’s a massive gain here – so, already the car is not fast, but when you don’t have it, it just makes it harder.”

Grosjean will share the eighth row with his team-mate for the race start on Sunday.