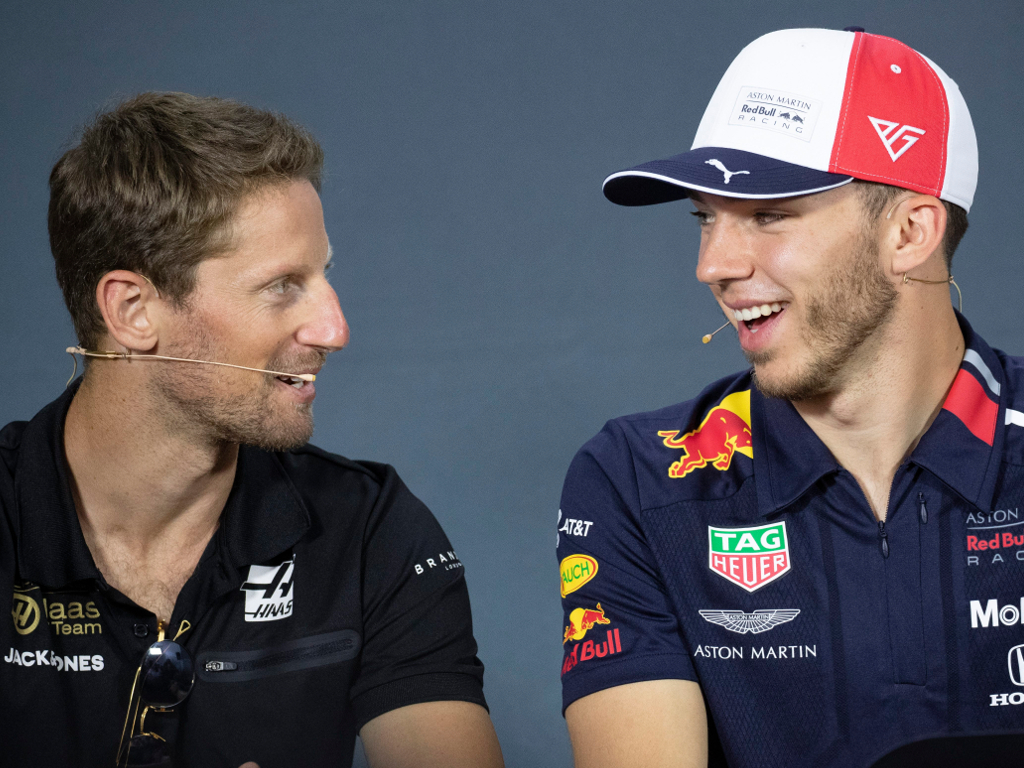 Both Romain Grosjean and Pierre Gasly will run special helmet liveries at the French GP with the Haas driver’s design set to stand out.

This weekend’s race at the Paul Ricard circuit marks a home grand prix for both Grosjean and Gasly.

And, as is becoming tradition at home races, they have a new look to go with it.

Explaining the new lid’s design, Grosjean said: “Last year, obviously, I did blue, white, red which is a very nice one, but this year I wanted to do something a bit different so I contacted Richard Orlinski because I’m a big fan of his artwork and I met him here last year and I sent him a white piece of paper and I said can you produce a helmet (design) for me for the French Grand Prix?

“And he answered yes, I would love to and I was super excited about it and then I received the artwork and I think it does represent Richard very well in the way that the design is done.

“It’s very very different to anything I’ve been wearing up to date so I like it even more and I think it’s just great that it’s part of the whole show. Richard is doing the trophy for the podium, we can see the ‘Kong’ everywhere around the racetrack and I know there will be my helmet racing on track so it’s pretty cool.”

His compatriot Gasly is also running a new-look helmet for his home grand prix.